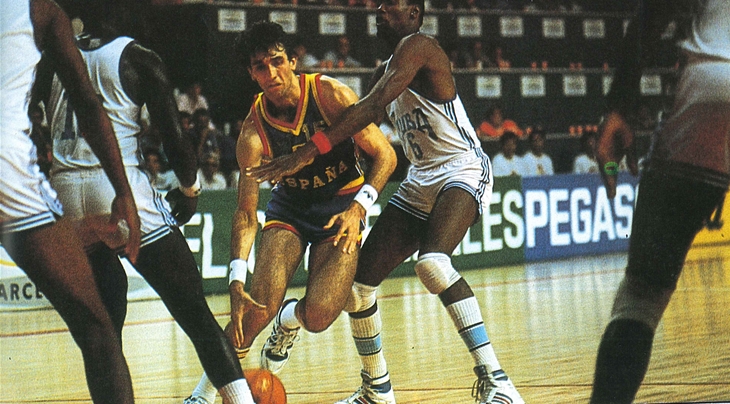 MIES (2016 FIBA Hall of Fame) - The great Barcelona and Spain player Juan Antonio San Epifanio is being honored as an inductee of the 2016 Class of the FIBA Hall of Fame on 27 August at the House of Basketball in Mies, Switzerland.

Known by everyone in the sports world as "Epi", the Zaragoza-born star is known as of Spain's most explosive scorers.

He had remarkable performances for both Barcelona and the national team.

For Spain, at the 1984 European Olympic Qualifying Tournament for Men, Epi averaged 23.7 points over nine games. He was such a prolific scorer that his low in that stretch was 18 points in a victory over Switzerland.

While making 239 appearances for the Spanish national side, he played in four Olympics, three FIBA Basketball World Cups and nine EuroBaskets.

At his first Olympics in 1980 in Moscow, Epi was the tournament's second leading scorer at 17.5 points per game and, in a five-game stretch, he had 22, 21, 10, 25 and 23 points against Yugoslavia, the Soviet Union, Brazil, Cuba and Italy respectively.

Imagine what his numbers might have been if the three-point line had been a part of the game at the time because he could bury shots from a long distance.

At the EuroBasket in 1983, when Epi averaged 20.6 points per game to lead his national team in scoring, it was his spellbinding effort against the Soviet Union in their Semi-Final that assured him a place among the pantheon of Spanish greats. He erupted for 27 points in a 95-94 triumph. Spain claimed the silver at the tournament while eight years later, Epi was a member of a bronze-medal winning EuroBasket side.

Due in large part to his offensive brilliance, Spain made it to the Final of the 1984 Olympics and left with a silver medal.

Epi also has a prominent place in the history of Barcelona's basketball team, the only club he ever played for.

He experienced unforgettable moments with the club, but his most gratifying memory of all happened after he became an Olympian for the fourth time.

Epi was given the honor as the last athlete to carry the Olympic torch.

"There have been many key moments in my life but that was beautiful," Epi said. "I was experiencing the end of my career and it was a gigantic recognition.

"Barcelona was my fourth Olympic Games and there were other names that were in contention to carry the last stretch of the torch like Miguel Indurain, Arantxa Sanchez-Vicario and Seve Ballesteros - great names of Spanish sport.

"I was lucky to be selected. It was unforgettable and marvelous." 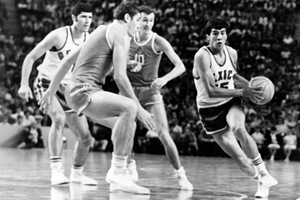