FIBA is democratic and federative. The Congress is the supreme authority of FIBA and comprises all National Member Federations of FIBA, each receiving equal voting rights (see article 14 of the FIBA General Statutes).

The Congress functions according to a four-year cycle, corresponding to the term of office of the President, the Central Board and the Commissions. This cycle begins and ends with the Elective FIBA Congress, while two years after each elective Congress, midway through the cycle, a mid-term Congress is held.

The Elective FIBA Congress elects the FIBA President and ratifies the membership of the Central Board, which in turn appoints the FIBA Secretary General and the members of the different FIBA Commissions.

Along with the elective FIBA Congress, the Mid-Term Congress has the powers to:

An Extraordinary Congress may also be called, upon the request of the Central Board or at least one-fifth of the National Member Federations. 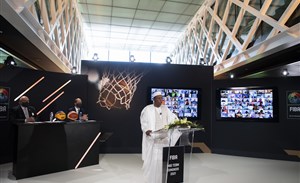