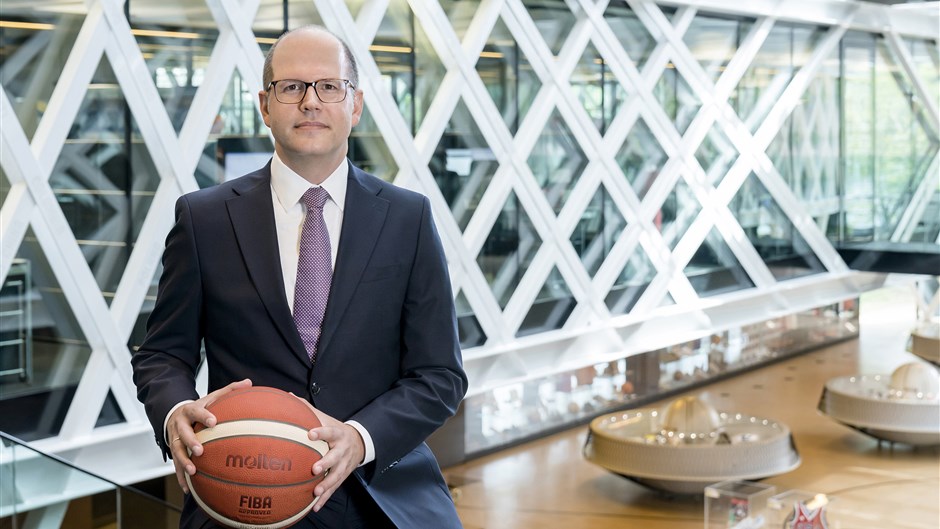 Born in Greece in 1980, Andreas Zagklis, a “true basketball person” – as FIBA President Horacio Muratore (2014-2019) called him – and a leading international sports lawyer was unanimously appointed FIBA Secretary General in December 2018. In December 2022, the Central Board unanimously extended his contract until 2031. Strongly influenced by the successes of the Greek national team in the late 80s and 90s, Zagklis combined his passion for basketball with his legal and sports management studies from an early stage, starting his association with basketball's world governing body in 2007.

As FIBA's fourth Secretary General, Zagklis has been in charge of developing and implementing an eight-year strategy for the cycle 2019 – 2027 that was approved by the FIBA Congress in 2019. After leading FIBA in the successful delivery of its flagship men's event, the FIBA Basketball World Cup 2019 in China, FIBA's biggest to date with 32 teams, Zagklis has helped the organization navigate challenging times brought about by the COVID-19 pandemic and its ever-changing landscape, which has included the successful debut of 3x3 Basketball at the Olympic Games in Tokyo.

Zagklis has advanced the agenda of empowering National Federations through the worldwide roll-out of the FIBA PLUS development program and the coordination of the Federation's education activities under the FIBA Academy umbrella. He has also led FIBA in further shaping the global structure of Club competitions, with the launch of the Basketball Champions League Americas and the West Asia Super League, the innovative private equity deal which gave birth to the FIBA ClubCo, in charge of the Basketball Champions League in Europe and the FIBA Intercontinental Cup; and the first-ever agreement with the NBA for a league outside North America, which resulted in the creation of their joint venture for the Basketball Africa League (BAL).

Zagklis has guided the organization through a methodical repositioning of women in basketball, with the expansion of the Women’s World Cup and the development of a competition pathway for a record number of women’s national teams worldwide; the launch of the FIBA 3x3 Women's Series and the subsequent multi-fold increase of the prize money; the amendments of the FIBA General Statutes that guarantee the most-ever female representation within FIBA as of 2023; and the highest-ever number of female officials holding a FIBA license. Innovation initiatives undertaken by FIBA during his tenure include the creation of the FIBA Esports competitions in collaboration with the NBA and 2K and the launch of the new digital platform, Courtside 1891.

He received his undergraduate and postgraduate degrees from the Law School of the University of Athens, with two semesters spent as a visiting student and researcher at the Universities of Salamanca, Spain and Western Ontario, Canada, respectively. He also completed the postgraduate management program on Olympic Studies at the International Olympic Academy and attended the Leadership in Corporate Counsel program at the Harvard Law School, USA.

In his professional career, he advised basketball players, coaches and clubs and acted as an assistant to the Court of Arbitration for Sport in three Olympic Games (2004, 2006, 2008). He practiced next to the pioneer sports lawyers Pantelis Dedes (Greece, 2004-2008) and Dirk-Reiner Martens (Germany, 2008-2016) before his appointment by Patrick Baumann to head the FIBA Legal Department which oversaw the legal operations of all FIBA's entities around the world. Zagklis was a member of the working group that prepared the governance changes adopted by the extraordinary FIBA Congress in 2014.

In 2020, the International Olympic Committee appointed Zagklis as a member of the Coordination Commission for the Olympic Games Los Angeles 2028.

He has published numerous scientific articles in the areas of good governance, dispute resolution and commercial rights in sports. He also frequently lectures on the management of sporting events and sports law at the Universities of Neuchatel and Zurich in Switzerland.

Zagklis was a basketball player for the clubs of Maroussi BC and Melissia BC, as well as a youth coach, and club administrator in Greece.

Zagklis is married and has two daughters. 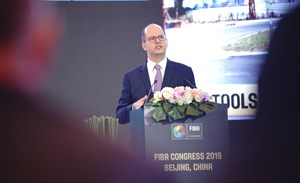