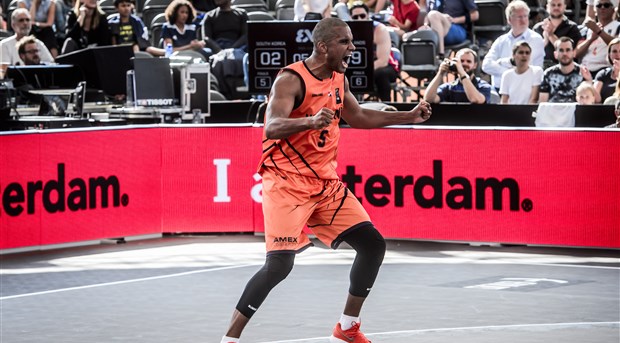 TOKYO (Japan) - We looked at the 41 teams and 36 countries who participate in the two upcoming FIBA 3x3 Olympic Qualifying Tournaments. Eight of them could make their Olympic debut in basketball in...

BOLOGNA (Italy) - Underestimate the 1.62m (5ft 4in) Rae Lin D'Alie at your own risk for the Italy 3x3 star strives as an underdog.

TOKYO (Japan) - The FIBA 3x3 Olympic Qualifying tournaments are coming up and there are several nations with a chance to have both the men and the women represent their countries in Tokyo.

PARIS (France) – The FIBA 3x3 Europe Cup 2021 presented by Caisse d'Epargne will take place in the gardens of the Trocadero with a unique view on the Eiffel Tower on September 10-12, 2021.

ST PETERSBURG (Russia) - A United League Europe 3x3 champion will be crowned in the third season of play and the location will be especially scenic.

MANILA (Philippines) - The Philippines will be underdogs at the FIBA 3x3 Olympic Qualifying Tournament but their quickness and energy could shock the world.

GRAZ (Austria) - Thailand will replace Turkmenistan (following their withdrawal) in the women's category of the FIBA 3x3 Olympic Qualifying Tournament in Graz, Austria.

ST PETERSBURG (Russia) - At ULE 3x3 Stop 3, Dusan Bulut and Novi Sad prevailed to keep the field tight ahead of the finals.

Be the first to know the hottest news about international basketball