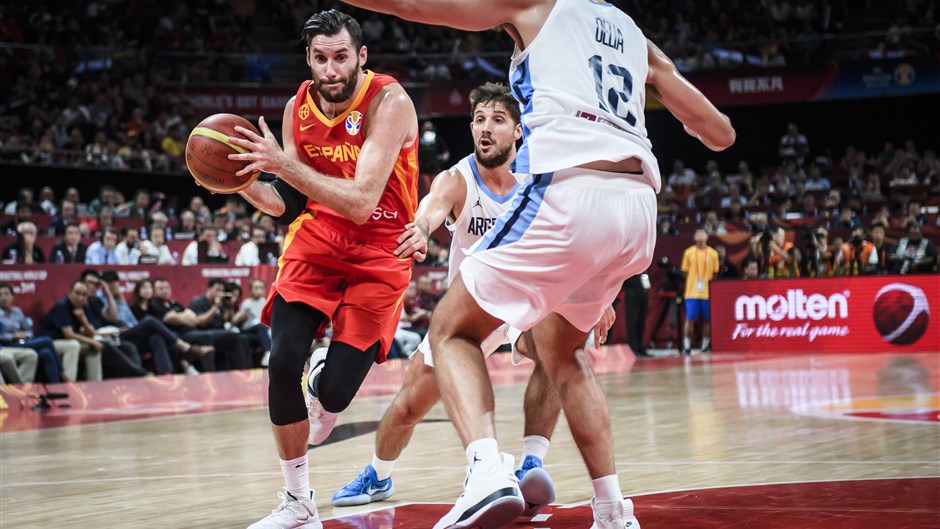 In line with the IOC movement and since 2004 in collaboration with the World Anti-Doping Agency (WADA), FIBA has been actively engaged in the fight against doping in basketball. Since 1989, doping controls are regularly and increasingly performed at FIBA events.

Sometimes, the temptations must be talked about for them to remain only temptations. - Rudy Fernandez (Spain), 2006 and 2019 FIBA Basketball World Cup Winner and two-time EuroBasket Champion

In 2009, FIBA began implementing its own Out-of-Competition Testing program.

As more and more countries are ratifying the UNESCO International Convention against Doping in Sport, FIBA’s cooperation with its own National Federations and the National Anti-Doping Organizations in these matters has been constantly reinforced.

The Anti-Doping section on FIBA.basketball is a very helpful tool for communication and cooperation with all stakeholders, giving access to detailed and up-to-date information on FIBA Anti-Doping activities.

Filmed during the 2010 FIBA World Championships in Turkey and the Czech Republic, FIBA’s Clean Game video campaign sees 11 international stars from the men and women’s game share their views on a range of issues related to the fight for a cleaner sport.

In spite of a good awareness of the wrongs of doping, there is often a knowledge gap in terms of the dangers faced by athletes and the importance of cultivating a healthy lifestyle.

In these short videos, players of all ages and of all levels will benefit from the insights provided by some of basketball's biggest stars.

FIBA believes that this campaign will build on the past successes of the Clean Game program.

The video campaign is available at FIBA’s youtube page.

A global anti-doping campaign was launched in 2002 using a variety of means including publications, posters, t-shirts, stickers, as well as the participation of high-profile players to raise public awareness of the many dangers of doping.

In the years since the creation of the FIBA ‘Clean Game’ anti-doping campaign, several developments have allowed increased global distribution and ensuing knowledge about the numerous dangers and traps associated with doping.

2006 marked a stepping stone in FIBA's anti-doping campaign with the creation of an innovative ‘Clean Game’ logo. The logo, designed by a French design house and launched in July 2006, carries a fingerprint with the slogan in 15 different languages.

The main objectives identified when creating the logo was to spread awareness of the dangers of doping using positive messages, rather than aggressive ones, and to target the message at young players and fans. The colorful, multilingual and innovative visuals encourage basketball players from all over the world to adopt a clean sport spirit.

The new logo was visible for the first time during the 2006 FIBA World Championship in Japan in various forms, ranging from stickers placed against the backboards to banners placed throughout all the arenas. During warm-ups, players wore orange t-shirts with the new logo for the ‘No Doping Days‘ campaign, featuring the Clean Game slogan.

The Clean Game brand further expanded over the following years with increased visibility in and out of events. In recent years, t-shirts, polo shirts and saddle bags have been created for fans, for doping control officers and for chaperons.

The new video campaign is yet another important channel of FIBA's ever-expanding campaign for a healthier sport. Let us all unite to help make basketball a Clean Game.

In the name of a better sport, we all need to fight together for a Clean Game. - Patrick Baumann (Former FIBA Secretary General & IOC Member)