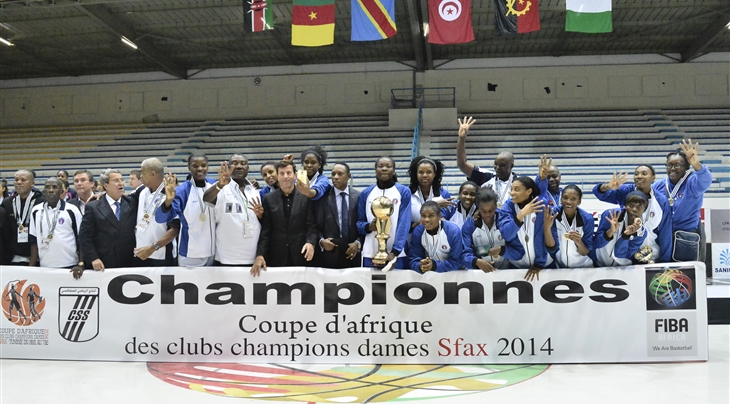 With the win, InterClube clinched their fourth continental title to become the most successful team in the tournament's history.

D'Agosto led for most of the game and had a 33-29 advantage at the break. However, they made costly mistakes, relying too much on individual plays - as reflected by their four total assists - and getting out-rebounded 38-30.

InterClube guard Italee Lucas hit a jumper followed by a pair of free-throws in the closing seconds of the game, giving her team a decisive lead for the final score which left Angolan champions D'Agosto in visible shock.

Lucas, the MVP of the 2013 ACCW edition, led InterClube with 29 points, 10 rebounds and 3 assists while her fellow American Sequoia Holmes added 13. Ngiendula Felipe, the most effective Angolan international in the tournament, had a dozen points in the title game for the four-time ACCW champions.

The win was all about the team, Lucas explained.

"We played with so much heart. I am so proud of my team because we did not give up," she said.

"I knew we were going to give everything that we had. If we would have lost, I would have been even proud either way because we gave so much. We kept going and going."

"We are the best team in Africa," he said jubilantly.

D'Agosto (5-1), who dominated the Group Phase and reached the Final unbeaten in five games, are yet to find a reasonable explanation as to why they keep struggling against InterClube and have not been able to add to their 2006 ACCW title.

A year ago, InterClube denied D'Agosto 61-60 in the final seconds of the game. On Sunday, despite leading by as many as 11 points early on, they were unable to hold on their lead as the their rivals fought back and once again got the better of them at the end.

Leia Dongue had a team-high 26 points but could not prevent her team seeing the highly-competitive game slip away from its grasp. Despite ending up on the losing side, and considering her impressive campaign throughout the tournament, the 23-year-old was named the event's Most Valuable Player.

It was InterClube's fourth ACCW title in the last five editions of the tournament.

In contrast, D'Agosto players could not hide their disappointment at losing for the third consecutive time to their city rival in less than a month.

Aleksandra Racic finished with a team-best 21 points as all CSS starters scored in double digits, while Priscilla Udeaja paced the Nigerians with 23 points.

Dolphins of Nigeria secured a 76-67 victory over INSS from the DR Congo to finish fifth and Tunisian side Club Sportif Police de Circulation edged out Kenya Ports Authority (KPA) 74-56. The Kenyan lost all their six games. 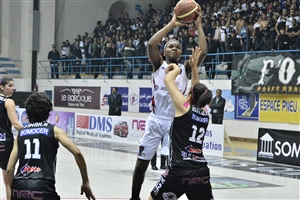