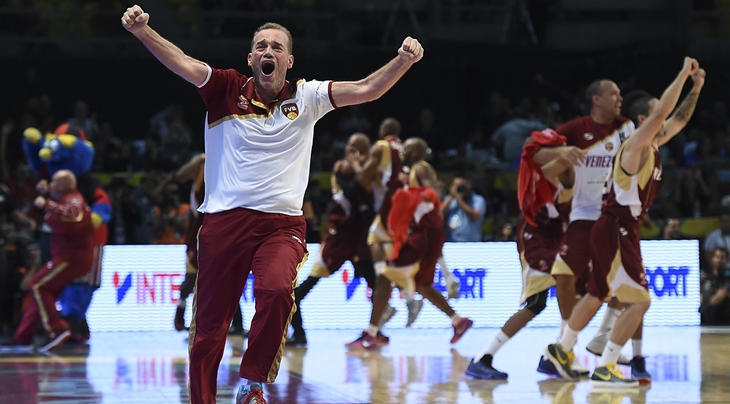 SAN JUAN (William Rosario's Somewhere in the Americas) - Yes. This is another one of those end-of-the-year lists. 2015 for international basketball in the Americas was exciting, full of surprises and a step towards what is to become a very interesting region once the new FIBA competition system kicks into gear in 2017.

So let’s go through it. Just to set up a bit of the structure of this thing, what I’d like to do is point out the Obvious/General Idea reason for everyone/everything mentioned in the list and then follow it up by a Personal Anecdote related to being included in this top 15.

I’ve had the pleasure of having a job that allows me to be a part of the moments that made these the stars of the year, so I’ll try to complement it with a behind the scenes story that hopefully puts the greatness into perspective. I’ll try.

1) Nestor “Che” Garcia – Obvious/General Idea (OGI): Coach of the year in the continent for sure, but also, a man with a vision. Garcia took a national team without stars, prepped them in the most wonderful way and won the gold medal of the 2015 FIBA Americas Championship in by far the biggest upset in the history of the competition. If the unwritten “rules” (which are nonsense as this proves) of the MVP nomination and voting system allowed for a coach to be tournament MVP, he would have been named unanimously.

Personal Anecdote (PA): Prior the first game of the championship (Venezuela vs. Cuba) I was talking with Che on the court and I told him “You know if you end up fifth and make it to the FIBA Qualifying Tournament next year place with these gunslingers, you should just run around the arena celebrating right?”. He laughed...big laugh.

(This is a good way to start out this list, so that you know right away where my basketball “expertise” stands. But I did predict that Venezuela has a great present though!!!)

Ok, one more anecdote. When the team won, I went with Che to the press conference and he kept saying to both me and Jose Vargas (team captain): “we are going to the Olympic Games man, we are going to the Olympic Games. It hasn’t hit me yet.”. And then, our official MC could not do the press conference so I came up and moderated the presser. In the middle of it, when Vargas was answering a question, Che shot me a look and whispered “it just hit me. We made it to the Olympics”, and started crying. It was the most beautiful and raw moment I’ve seen in a basketball context. Incredible.

2) Luis Scola – (OGI): Everything has been said about the international basketball greatness of “Luifa”, but this year he became the all-time leader in both scoring and games played in the FIBA Americas Championship. A competition that has the likes of Oscar Schmidt, Manu Ginobili, Jose “Piculin” Ortiz and Steve Nash in its history books. Scola is king and he deserves it.

PA: The possibility of Luis breaking the scoring record became real in the semifinal game of the FIBA Americas Championship. So we asked (given that it was such a meaningful game) if he was okay with us stopping the game to honor the accomplishment. He came back with a “no, this is not about me. We are trying to qualify for the Olympics as a team here. That is first”. That was that. It was given to him prior to tip-off in the Gold Medal game. True national team player Scola.

3) Kia Nurse – (OGI): Nurse was outstanding throughout the 2015 FIBA Americas Women’s Championship. At 19 years old she was the undisputed best player in the court as her Canada team won the gold medal and earned a spot at next years’ Olympic Games in Rio de Janeiro. She averaged 13 points per game in very balanced offensive team and ended up as the MVP of the championship.

So many amazing options!! Who's getting your vote for @TeamCanada athlete of the year? https://t.co/YPJmarEnEY pic.twitter.com/URJZyOGSAQ

(PA): There’s not a real personal anecdote here other than highlighting the composure and matureness of this young woman. I saw Kia sign every autograph and take every picture asked of her with grace. She’s a superstar in the making. In her press conferences, Nurse was making jokes with media and exuding a charisma the likes of which I haven’t seen in a women’s championship in a long time. Keep in mind she’s 19 and part of the greatness enterprise that is the University of Connecticut Women’s Basketball program. Her ceiling is pretty impressive.

4) Izabela Nicoletti - (OGI): The 16-year-old Brazilian was the story of the 2016 FIBA Americas U16 Women’s Championship. Her national team defeated USA in the semifinals to become the first-ever team to beat the North Americans in the competition. Ever. Nicoletti scored 24 points, including seven 3-pointers in the win. The team then lost in the finals to Canada in overtime. Nicoletti scored 32 points in the silver-medal effort. Oh, and by the way, she was also part of the Senior Women’s team that played in Edmonton.

(PA): Nicoletti had the best tournament performance I saw in person last year. It was Stephen Curry-level electrifying. She scored 7 three-pointers in both the semifinals and finals. When they lost to Canada, she started crying. I went over to her and told her what she did was incredible. Her response: “Really?”. She did not know. How good is that?

5) Alex Garcia – (OGI): The Brazilian veteran won the Liga de las Americas Championship in 2015 with Bauru. Garcia has won the international competition twice (MVP on both occasions), the Liga Sudamericana three times and the Brazilian national league three times. Great resume that was added to in 2015.

(PA): In the first round of the Liga de las Americas in Tunja, Colombia, Bauru dominated Venezuela’s Trotamundos to the point where then-coach Guerrinha sat down the starters in order to rest them for the next game. But, one of the TV producers was shocked to see that they had done this to Garcia when he needed only 1 rebound to go to record a triple double in the game. The TV producer mentioned it to Garcia as he was on his way to the bench and the Brazilian without even asking his coach ran back to the floor. He grabbed the rebound and finished the game with 12 points, 10 rebounds and 10 assists. Funny moment and wonderful to see a veteran be so excited and kid-like at the prospect of achieving the rare triple-double feat in a 40 minute game.

6) Mexico City, Edmonton, Bahia Blanca, Puebla, Rio de Janeiro, Brasilia and Corrientes: No personal anecdote here. Everyone of these places were packed to see international basketball in the Americas in 2015 ranging from club competitions, to U16 and Senior championships with the highest of stakes. To be there for the Argentina vs. Mexico semifinal where the attendance record for the historic Palacio de los Deportes was broken, was very cool. To have 20 thousand fans ooo-ing and ah-ing at every rebound or made basket is a thing every basketball fan should get to see. The growth of the game is real and 2015 served as proof that every corner in the continental landscape is enjoying it to the fullest.

7) Edmonton and Saville Center’s Bob Butlin: I know, who is Bob Butlin? Well, this one is only in the personal anecdote category. Bob did not score any baskets or won any championships this year, but he was without a doubt one of the stars of 2015.

Our own Bob Butlin shows off his latest feat - the incredible mural & display of the Edm Grads @FIBA @CanBball pic.twitter.com/kOEdDvoCO3

Butlin is the COO of the Saville Centre and was everywhere in the most successful international basketball championship organization I have been a part of, the 2015 FIBA Americas Women’s Championship. If we needed lights for our post-game show, Bob had the answer. If we needed to build tables for the press or statisticians, Bob would build them himself. And if the electricity went out in the whole Saville area (which happened), Bob knew the exact time where it would be fully restored. He was incredible! Just watching him operate was a real learning experience. MVP in my book, and this my column, so yes, he is one of the stars of 2015. 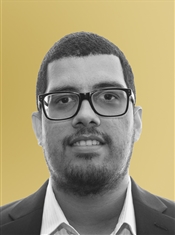 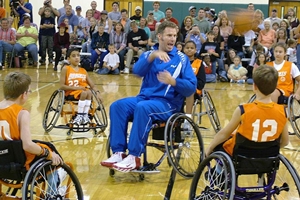 These are a few of my favorite things 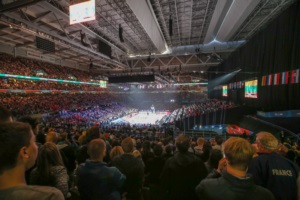 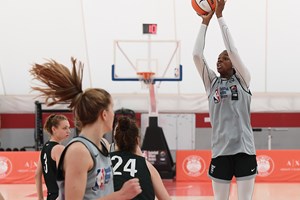 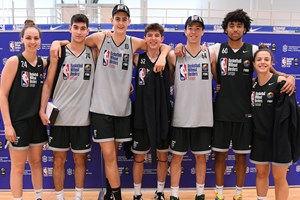