From college to the WNBA with eyes in Rio Olympics

SHEFFIELD (Julio Chitunda’s African Message) - Adut Bulgak has many reasons to be “over the moon” these days. In a matter of weeks, the 23-year-old Kenyan-Canadian received a tremendous morale boost ahead of a potential life-changing summer.

Last month, Bulgak ended her college basketball career, leading Florida State University (FSU) into the Third-Round of the NCAA Championship, and before she embraces professional basketball she will graduate in Sociology next month.

Bulgak spent the past two years at FSU, where she averaged 12.7 points and 7.8 rebounds during her senior season.

Although Kenya has not qualified for the 2016 Rio Olympics, the East African nation might have a flag-bearer in the Games as Bulgak, a Kenya native who grew up in Sudan and moved with her family to Canada when she was just six years old, has been invited to next month’s Canada Women’s national team training camp.

The 1.94m forward-center, who was selected by the New York Liberties with the 12th pick in last week’s WNBA draft, could add a much-needed physical presence that Canada needs to improve its record from the 2012 Olympics.

Bulgak can handle the ball, shoot, and see the floor unlike most players of her size. And if she succeeds with the Liberty she can become the second Kenyan - after Josephine Owino - to play in the WNBA.

She just needs to bring her top game to show head coach Lisa Thomaidis her desire to boost Canada's frontline.

Bulgak has played for Canada junior teams but has previously been cut from the senior team. But with the Olympics just around the corner and boosted by her WNBA selection, surely her chances of making the final roster for Rio, have increased significantly.

Talking to the local media, Bulgak said: “The Olympics would be an absolute dream. It would be a dream summer and really top off my year. I’m excited to see what that holds.”

It’s become a big dream for me. It’s still surreal. People ask me how excited I am, and I just have to keep asking myself, ‘Is this all really happening?’ It’s emotional. - Bulgak.

“My family is all really excited for me. Basketball doesn’t run too deep in our family. It’s new for everybody, but they’ve always been so supportive.”

Of course, she developed her basketball skills in Canada and is just trying to make the most of her chances. But it's cases like this that raise the debate about the basketball potential and talent of so many Africans.

Perhaps Kenya should take notice. Although they last competed at FIBA Africa's flagship tournament in 2013 they should be encouraged to keep searching new talents within the country. Who knows how many Bulgaks are yet to be discovered?

Canadians like Natalie Achonwa seem to have high aspirations in Bulgak.

Bulgak has combined academic and sports success, and hopes to hope to live her childhood dream in a few months time. 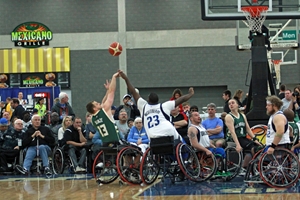 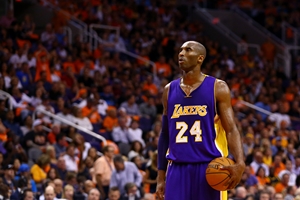