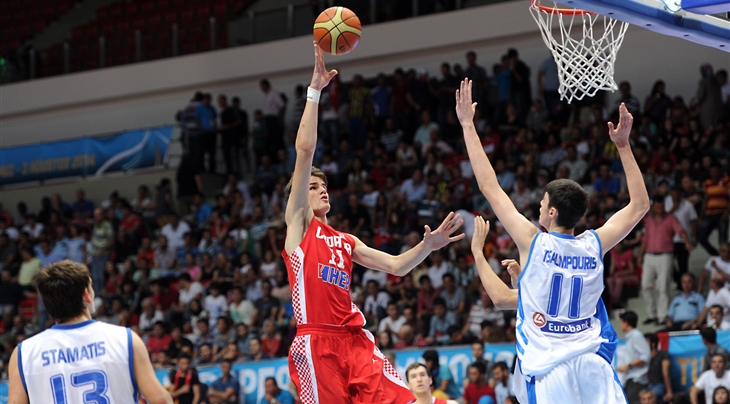 REGENSBURG (David Hein's Eye on the Future) - What do you usually do in the days after Christmas? Bring back that unwanted sweater that doesn't fit? Spend time arguing with your family about New Year's plans? Well, basketball junkies have a great post-Christmas gift waiting for them from December 27-29 - the Euroleague's Adidas Next Generation Tournament (ANGT) - the re-branded version of the old Nike International Junior Tournament (NIJT).

The name may have changed - let's call it the ANGT, for short - but the concept and schedule remains the same with the first of four ANGT qualifying tournaments being in Rome just after Christmas. The tournament in the Barcelona suburb of L’Hospitalet follows on January 4-6 with Kaunas hosting the third qualifier from January 16-18 before the Belgrade event from February 27-March 1 provides the final automatic qualifier to the eight-team field at the ANGT finals at the Turkish Airlines Euroleague Final Four in Madrid in May. The other four teams will be wild card recipients.

Since I want to spend some quality time with my family over the Christmas break - pretty sure I won't be getting a sweater - and since the first two tournaments are quite close time-wise, I figured I would give a brief preview of Rome and L'Hospitalet in this column - and then review the two tournaments after the Spanish event.

Basketball fans in Rome should definitely head over to the Arena Altero Felici for the Citta Di Roma because because there will be some big names on hand.

The second game of the tournament features the enticing showdown between Croatian star talents Dragan Bender and Lovro Mazalin between Maccabi and Cedevita. Both young studs are playing on teams lacking other players at the same level.

Maccabi do have 16-year-old center Ido Flaisher, who helped Israel earn promotion to Division A at this past summer's U16 European Championship Division B. And Cedevita have a nice point guard in Karlo Kiksic as well as center Benedikt Turudic, a German-born big man who joined the Zagreb club this past off-season. But Bender and Mazalin hover well over the rest in those two teams.

Turudic will get to play against a German team, facing a Bamberg side that has a couple of talented youngsters in Leon Kratzer, Tibor Taras, Moritz Sanders and Daniel Keppeler.

The remaining team in Group A is the hosts Rome, who have a very international look with eight countries represented in their provisional 16-man roster. The Italian club looks pretty strong, led by Andrea La Torre, Curtis Nwohuocha and two others from the Italy team at the 2014 FIBA U17 World Championship. There is also Andrej Maslinko from F.Y.R. of Macedonia (MKD), Bosnian Njegos Sikiras and Serbian Lazar Nikolic - two top-15 players from the 1999-born generation, and Romanian Robert Bobroczkyi, who is already 2.25m despite being just 14 years old.

La Torre and Nwohuocha will have company from the U17 Worlds team in Rome as Davide Moretti and Andrea Pecchia are the main players for the Armani Juniors and Riccardo Cattapan and Roberto Vercellino will be leaders for Virtus Bologna.

Spars Sarajevo have a couple of interesting players as well in Edin Atic, Amar Gegic and 15-year-old Croatian Darko Bajo.

Unicaja is the eighth team in Rome, replacing the winners from last winter, Cajasol Seville, who are instead playing in L'Hospitalet. One of the best players in Rome will be Malaga's Congolese forward Romaric Belemene, who has already earned minutes in the Spanish Liga Endesa. Other interesting players are Jorge Turbica and the Romanian pair Bogdan Popa and Christian Rares.

The teams in the L'Hospitalet tournament, broken down by groups are: Real Madrid, Galatasaray Istanbul, Baloncesto Seville and hosts CB L'Hospitalet in Group A while ASVEL Lyon Villeurbanne, FC Barcelona, FIATC Joventut Badalona and Union Olimpija Ljubljana make up Group B.

Real Madrid, who will host the ANGT finals, have seven players back from the team that reached the final in Milan last May, led by Santiago Yusta and Emanuel Cate. But the Spanish giants also have Jonathan Barreiro, who missed the Finals last spring with an injury, Brazilian giant Felix Dos Anjos and Slovenian star youngster Luka Doncic.

Seville have Carlos Hidalgo and Malik Eichlier back while Galatasaray's only player with past experience in this tournament is Ata Sarikan, who played last year for Fenerbahce Ulker Istanbul, and L'Hospitalet's top player will likely be Marc Ruf.

In Group B, ASVEL's top player will be Amine Noua, who played really well at the U17 Worlds for France, and Olimpija's main weapon will likely be Blaz Mesicek.

The two Spanish teams will be strong as Joventut bring back superstar Xabi Lopez as well as Oscar Amo and Albert Real and add talented 16-year-old point guard Nenad Dimitijevic from MKD.

But the favorite in the group will be Barcelona, who bring back Stefan Peno, Nedim Dedovic, Jaume Sorolla, Alejandro Mazaira and Roman Vila and add to the mix 1998-born Maxim Esteban and Pol Figueras.

Those are plenty of names to look at over the next two weeks. Enjoy - and Merry Christmas! 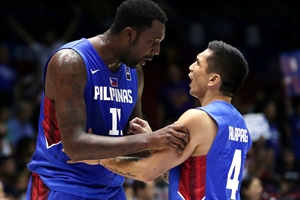 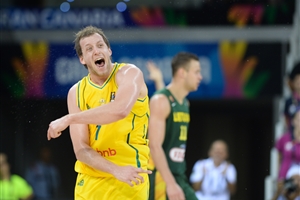 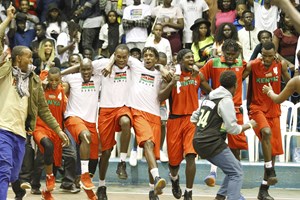 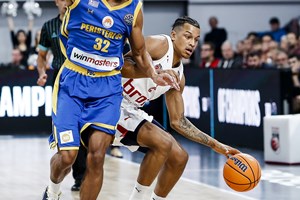 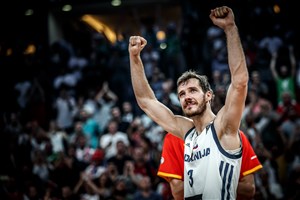