There was a mammoth 315 percent increase in the number of visits on the competition's website - compared to the previous edition in 2014 - with visitors spending considerably more time on the site.

This year's event generated 64 million video views - a staggering 1,016 times more than four years ago - thanks to an extensive and varied offering consisting of game highlights, players' mixtapes, near live plays, animated gifs and Instagram stories. 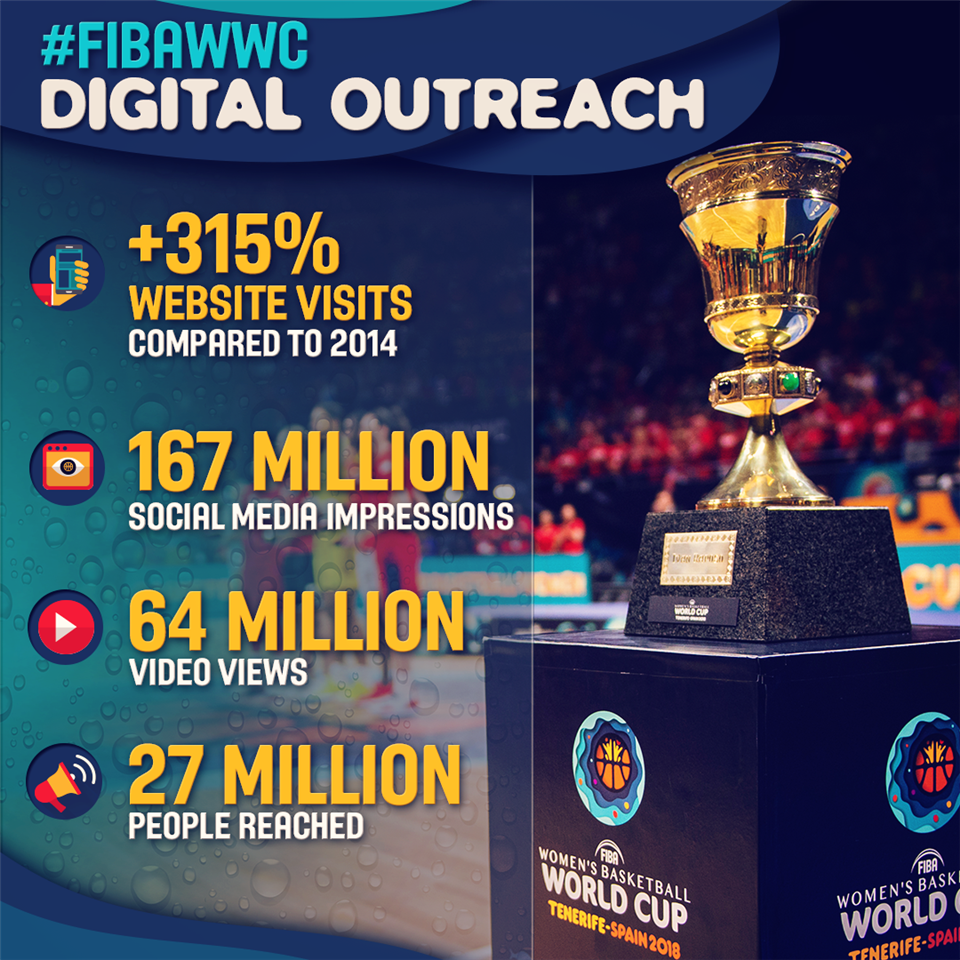 Every morning, fans were able to catch up with the latest news of the event thanks to the new daily magazine published on YouTube.

One of the most viral moments of the #FIBAWWC was Belgium's upset win during the Group phase against the host Spain.

...and not just because of the buzzer beater!

Belgium would go on to capture the hearts of fans around the globe with their breathtaking style of basketball.

Meanwhile Shao Ting's incredible spin against Senegal was one of the most viewed and commented plays of the event, earning the #1 spot in the Top 10 plays of the tournament.

The spin was so hard that it dropped the defender... 🌪🇨🇳 #FIBAWWC #ShaoTingDoesItAgain #ShaoTingAFool #Spinmaster

But China didn't only shine on the court as their celebration videos have been really popular on Weibo with more than 7 million impressions. Their game against Australia reached more than 35 million fans on CCTV-5, clearly illustrating the support that fans in China were displaying for their players.

The top tweet of the #FIBAWWC on @FIBA was Nigeria's historic first win in the FIBA Women's Basketball World Cup, achieving more than 219,000 impressions.

Some of the most-read stories at the event included reaction from Astou Traore to Senegal making history with their first ever win against European opposition.  There was also plenty of attention on Opals star, Liz Cambage and especially when talking about disrespect and dunking.

We also caught up with dynamic Belgium guard, Julie Allemand to find out why Tony Parker inspires her. He would have been proud at the way she then posted an eye-popping 25 assists across the Quarter Finals and Semi-Finals.

Whatever happens between now and the end of the action in Tenerife, this game, the result and the way in which it was celebrated will not fade in terms of significance for those involved - and especially Astou Traore 🇸🇳 #FIBAWWC @FSBBOFFICIEL https://t.co/OW8Y777fPn

Talking about Cambage, she enjoyed telling  her story herself to the fans through Instagram. During the #FIBAWWC, @FIBA followers have been able to interact with the stars of the event through exclusive Q&As.

And while hosts Spain didn't win the trophy in Tenerife, they earned the award of achieving the most viewed content of the event! All thanks to Laura Nicholls and her animated gif which attracted an astonishing 17 million views! 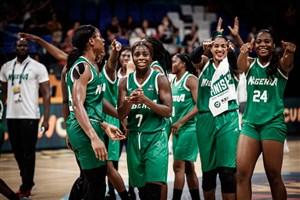