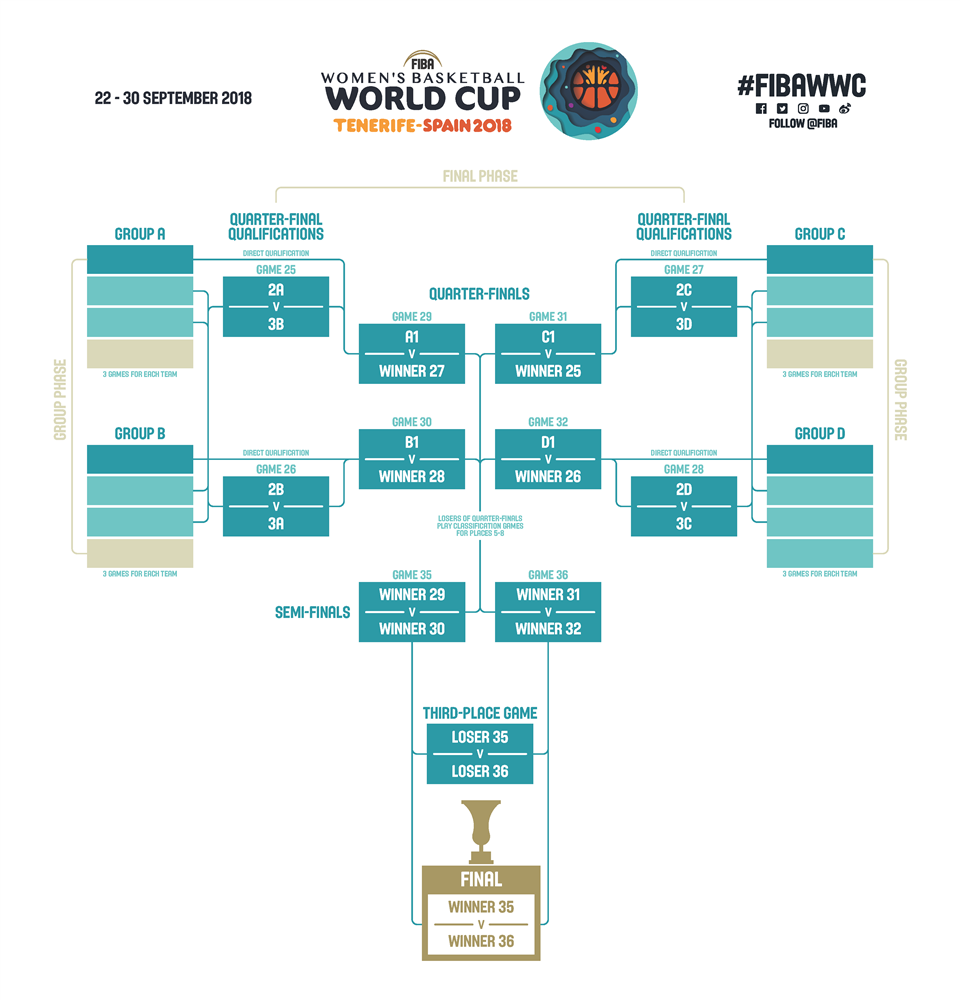 The sixteen (16) participating teams will be divided into four (4) groups (A, B, C, D) of four (4) teams each. Each team will play the other teams in its
own group (total of three [3] games for each team).

A total of twenty-four (24) games will be played in the Group Phase.

The winners qualify for the Quarter-Finals, the losers are eliminated and return home.

The four (4) winners advance to the Semi-Finals. The four (4) losers play Classification Games for places 5-8.