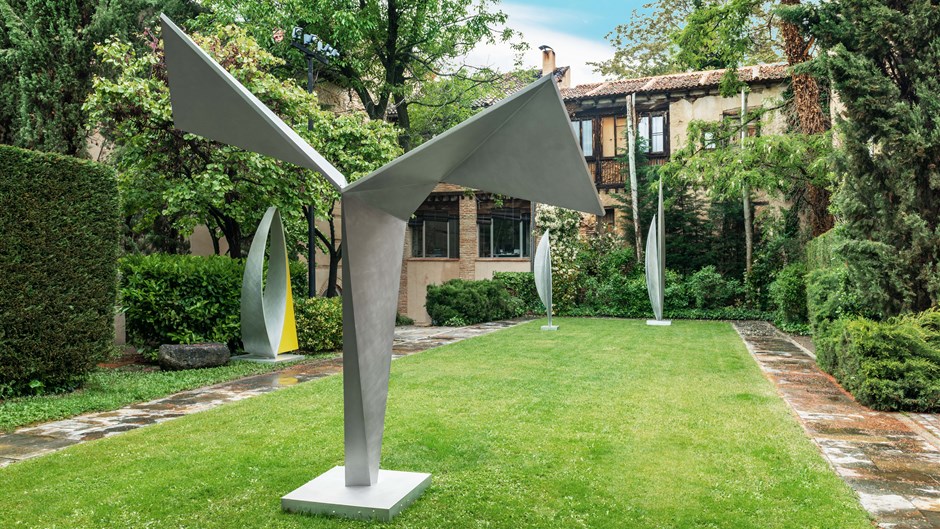 Proposed by the Spanish Basketball Federation and agreed with FIBA, the sculptor presents a series of medals-sculpture inspired by women's basketball.

“I’ve always been interested in inspiring collaborations because being led by guidelines and set terms, the work of an artist can open up new and interesting creative ideas. Me being the designer of the FIBA Women’s Basketball World Cup medals was an invitation of the Spanish Federation that was impossible to refuse. I’ve always valued basketball and this current Spanish Women’s Team is an example to follow, they are very successful and they are fighters who embody many values that represent me”, so Rodríguez Caballero.

David Rodríguez Caballero (Pamplona, ​​1970) is a Spanish sculptor based in New York, who is represented by the Marlborough Gallery and won prizes and awards in various contests in Europe, America and Asia. With one exhibition currently open at the Esteban Vicente de Segovia Museum (‘El pliegue según el pliegue’) and another one in Manhattan in the making, he wanted to donate this work to contribute to the visibility of women in sport? “Women still need special support to get even more out of the role they were in and it is very important that a male collaborator makes this happen. I already have experience in this field as I donated a public sculpture in Alcobendas two years ago to commemorate the memory of a victim on the day Against Gender Violence. From the beginning it was clear to me that something like that should not have a mercantilist character, but be a gesture of support and recognition of women”. 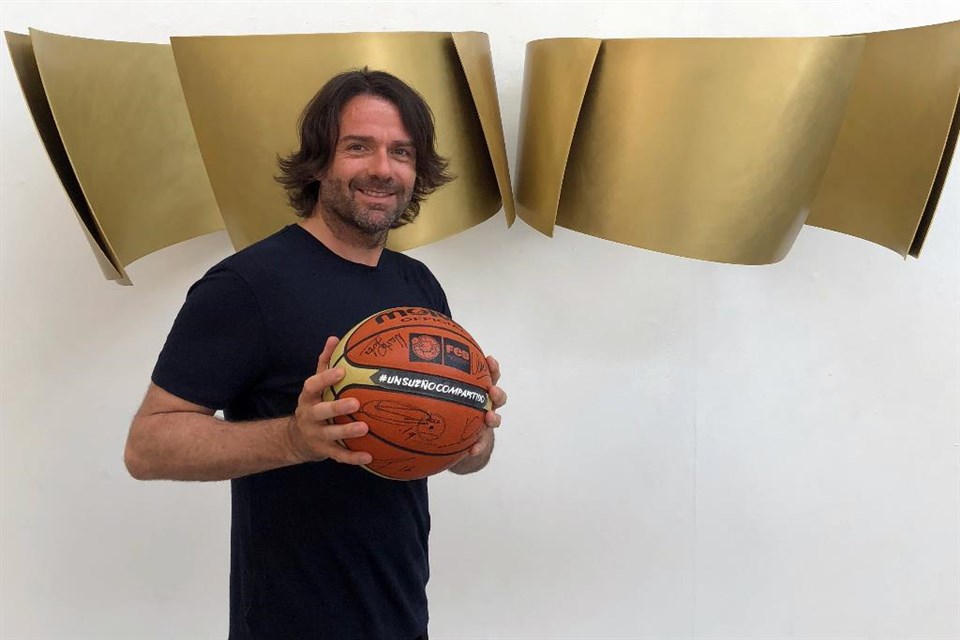 David Rodríguez Caballero poses with some of his work. Photo: FEB

Influenced by the successful run of the Spanish Women’s national team, the artist studied the values of the team to obtain his inspiration: “I have seen that this team is successful and humble, something that is difficult to find and which is the key to success over time. I am proud to be able to show my appreciation, and nothing would make me happier that seeing them with this gold medal. Sports have always attracted me as a fan and I strongly believe that its practice is the perfect addition to the intellect, the body and the mind. I thought it was beautiful to make a connection between plastic art and the values of the sport and success. The idea of the Federation is to think big, to interrelate the arts and it is a way to create a feeling of unity in a team or army that’s working together”.

"The approach to make this medal is based on never losing its functionality, but also has a sculptural character” - Rodríguez Caballero anticipates the lines of his work - “I want to use simple forms, elements of purity, of dynamism, but at the same time of harmony, because a team must be harmonious in its functioning, although it also has to be like thunder. It will be a balanced medal, of simple volumes, quite synthesized, but representing a trophy and at the same time a humble element. I have been making jewelry for a long time, but not from the perspective of a design piece, but from a sculpture. As with this work, I have always worked with the workshop of Pacheco, who is a goldsmith of artists such as Eduardo Chillida or Anthony Caro, and from that point of view Pacheco is someone who understands the needs of the artist very well ".

The President of the Spanish Basketball Federation, Jorge Garbajosa, wanted to thank the artist David Rodríguez Caballero for “his generosity in giving Spanish and global women´s basketball this amazing gift. From what we have already seen, we know that the medal is a beautiful sculpture that will become an additional motivation for the players. And we also know that the FIBA Women’s Basketball World Cup 2018 is not only going to be an unforgettable event for itself, but as well because we support other arts, such as David’s sculpture or Marta Soto’s music. This helps us giving women’s basketball, but especially our champions, the attention and the recognition deserved”.