TENERIFE (FIBA Women's Basketball World Cup 2018) - The action at the ongoing FIBA Women's Basketball World Cup 2018 has been riveting throughout the Group Phase and the Qualification for the Quarter-Finals and will reach new heights when the last eight teams battle to be crowned world champions, get onto the podium or at least finish on a high over the last three days of the competition.

When the tournament concludes, the attention around the women's national team game will shift to the implementation of the FIBA Women's National Team Competition System which was approved and finalized by FIBA's Central Board in June and comes into effect in November 2019.

Lena Wallin-Kantzy, FIBA Executive Committee and FIBA Central Board Member, has been right at the heart of all the work to put together the system from the very beginning.

On Saturday, she will be part of the FIBA delegation presenting the new system to the world media in Tenerife as well as representatives of the participating teams.

Ahead of the momentous occasion, she spoke to FIBA.basketball about the FIBA Women's National Team Competition System and how it ensures a bright future for the women's game.

What will be achieved thanks to the FIBA Women's National Team Competition System?
For FIBA, the ultimate and most important goal is to grow our sport. To that end, there's a big opportunity of furthering this along by having more girls and women involved in basketball.

In November of last year, the Men’s National Team Competition System was launched. There were several reasons for it: to grow our sport, to help our national member federations develop and to establish a clear 'Road to' for the top national team competitions - the FIBA Basketball World Cup, the Men's Olympic Basketball Tournament and the Continental Cups.

The same is true now with the FIBA Women's National Team Competition System.

Just like the men's one, this system is a way to increase the inclusion and competitiveness of women's basketball, as more teams and players all around the world will get to play in regular official games.

Likewise, as with the men, it's important for there to be a clear 'Road to' the FIBA Women's Basketball World Cup and Women's Olympic Basketball Tournament. A total of 54 teams from around the world will play in Qualifiers to earn their places for these top competitions, instead of qualifying through the FIBA Women's Continental Cups. It means these Cups can be stand-alone events where regional champions are crowned.

I'm really happy that we're changing to this system because it will give each of our national federations more opportunities to showcase their elite women's team.

So this is affording the same or similar opportunities to the women as what the men have. Is that a fair assessment?
As I serve on FIBA's highest instances, of course I need to care about and serve the best interest of women's basketball. But I can't do it on my own. So it's not about equality as such - or at least not on its own - but more about growing our sport's big potential in the women's game. This will help FIBA towards achieving its target of being the biggest sport community in the world.

If you watch some of the games from here (at the Women's World Cup), you can see that basketball - and the women's game - is a really fun sport to watch. I think more people will appreciate it if they have the possibility to watch it.

"FOR FIBA, THE ULTIMATE AND MOST IMPORTANT GOAL IS TO GROW OUR SPORT. TO THAT END, THERE'S A BIG OPPORTUNITY OF FURTHERING THIS ALONG BY HAVING MORE GIRLS AND WOMEN INVOLVED IN BASKETBALL."- Wallin-Kantzy

In Europe, Slovenia have really been working hard with the women's game and teams for some years. They are a small federation but are now getting results at the top level, both in the youths and senior categories. They are proof that it's possible to grow.

You see Nigeria and Senegal and the impressive campaigns they’re having here (at the Women's World Cup). This shows that In Africa, there's a big potential for growth.

It's also a way to help national teams grow and expand their pool of players
Yes. There are teams like the USA and others who have a very good mix of all the players, including young players. But you need veteran players to get them (the young ones) into the system and teach them a lot. That's also important.

Spain and France have been working so hard in Europe for a long, long time and they're always among the top four. Their senior teams are good but they also have good programs all the way down to the youth system and they work to develop the young players and have them stay with the national team.

That's also important to make sure the girls don't quit when they're 20 because they aren't given the right opportunities. It’s possible to have long careers in sport as women too. Just look at Greece's Evanthia Maltsi who is almost 40 years old and is still a leading player for them. That's incredible. 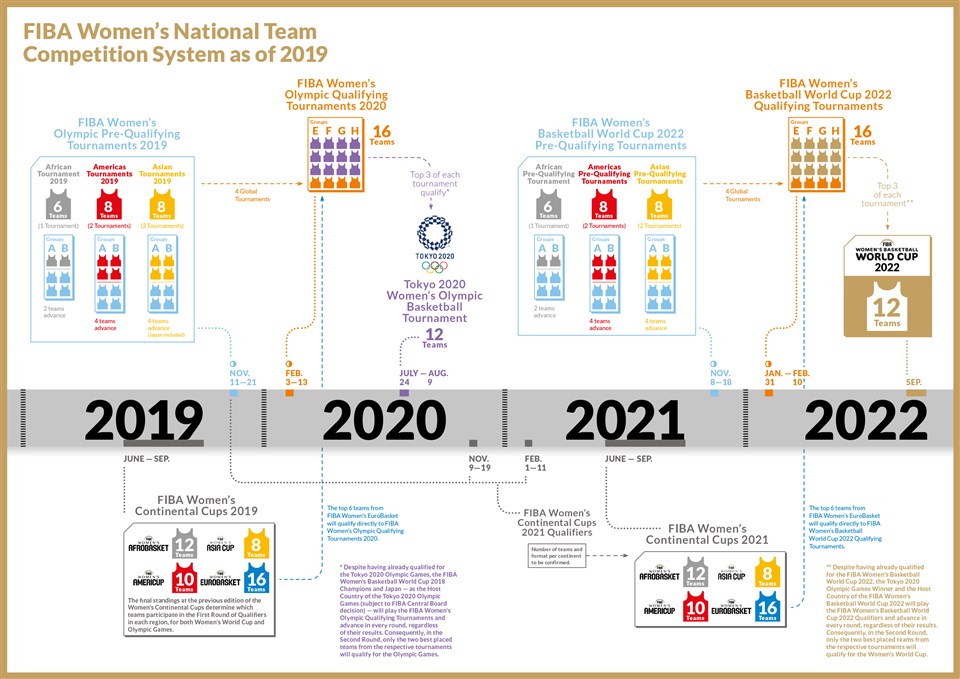 The system will apply differently for Europe than for the other regions. Can you explain the reason(s) for this.
Teams from Europe will have their own qualifications with home and away games instead of Pre-Qualifying Tournaments in place of the Pre-Qualifying Tournaments in 2019 (for Tokyo 2020 Women's Olympic Basketball Tournament) and in 2022 (for FIBA Women's Basketball World Cup 2022).

This is because of the huge success of the current Women's EuroBasket Qualifiers, which have been around for such a long time. We went to the system with the new windows and we see that the national teams get a lot of spectators at home in their arenas. With the windows we use now, there are a lot of spectators almost everywhere.

What needs to happen between now and November 2019 for everything and everyone concerned to be ready for the launch of the new system?
National federations and other stakeholders will work to implement the system in the different regions as well as setting up their programs. A majority of them must first develop a good program for their women’s team in order to be ready. We will need to find some hosts for these Pre-Qualifying and Qualifying Tournaments but we are confident there will be a lot of interest as these are unique and tremendous opportunities for teams to play at home to qualify for the Women's World Cup and the Olympics, as well as promote the women's team in front of own fans.

In Europe it's a bit different because the teams will not participate in the Pre-Qualifying Tournaments. Those federations will work on the organization of the games by finding good venues, getting TV contracts, making sure they’re all over the traditional and new media to promote the games. 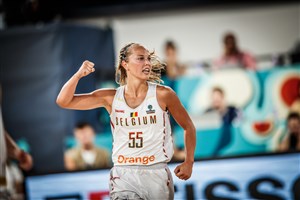