MUNICH (Germany) - Ready to land back from the winter break and excited for the first taste of action in 2022, there's no better time for Volume 4 of the EuroLeague Women Power Rankings. 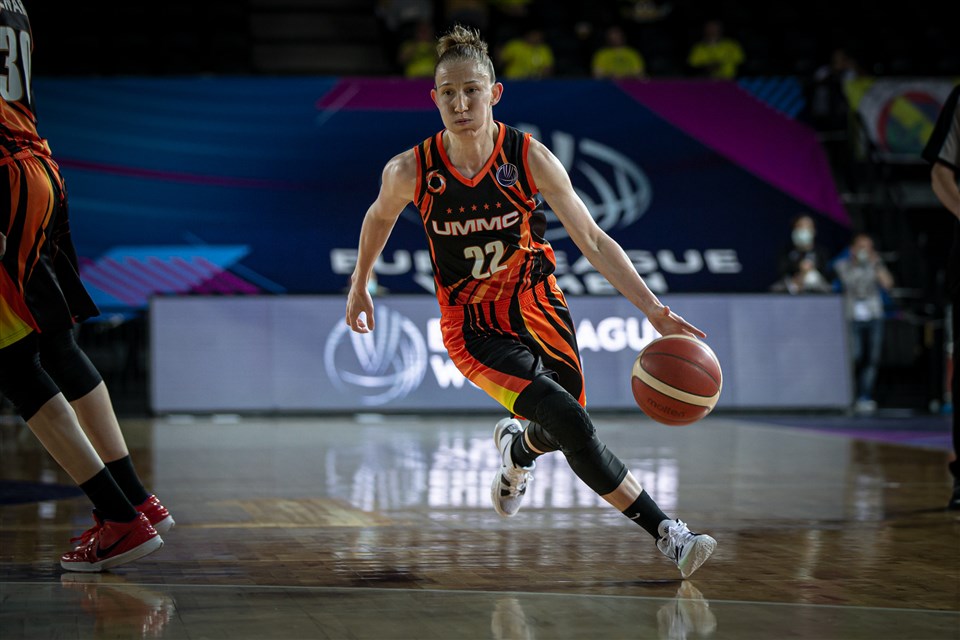 Current Record: 10-0
Fittingly for the reigning champions, UMMC signed off 2021 with a massive win to not only progress to a perfect 10-0, but become the first club to secure a place in the post-season. There seems to be no stopping them and, recently, they have gotten better and better. But the scariest thought? This is all without the injured 2021 Final Four MVP Breanna Stewart or the often called 'head of the snake' Courtney Vandersloot. But guess what? 'Sloot' is back on board now. What an incredible lineup.

Current Record: 8-2
It's been a sensational past month or so for the Czech giants who went into a December overdrive, enjoying an unbeaten run during the period by winning by an average of more than 34 points, which is pretty epic. Even if it was not against the top teams, they truly destroyed everyone who stepped on court to face them, led by December MVP, Brionna Jones. The number of players hitting a high gear is multiple and it will be fascinating to see how they perform when facing the unbeaten UMMC and high-flying Avenida in these next couple of weeks!

Current Record: 7-2
The modest drop is down to the form of ZVVZ USK Praha rather than any shortcomings of Avenida, who also have one less win because of the postponement of their last game of 2021 due to the pandemic - an ongoing issue for a lot of clubs right now. Roberto Iniguez and his side could be back above Praha in Volume 5 of course as that game between the two teams will be one to look forward to, for sure. Avenida have done great and played their part in one of the games of the season when they lost 110-102 at UMMC. Looking ahead, they have more home games than those on the road and can finish strongly. 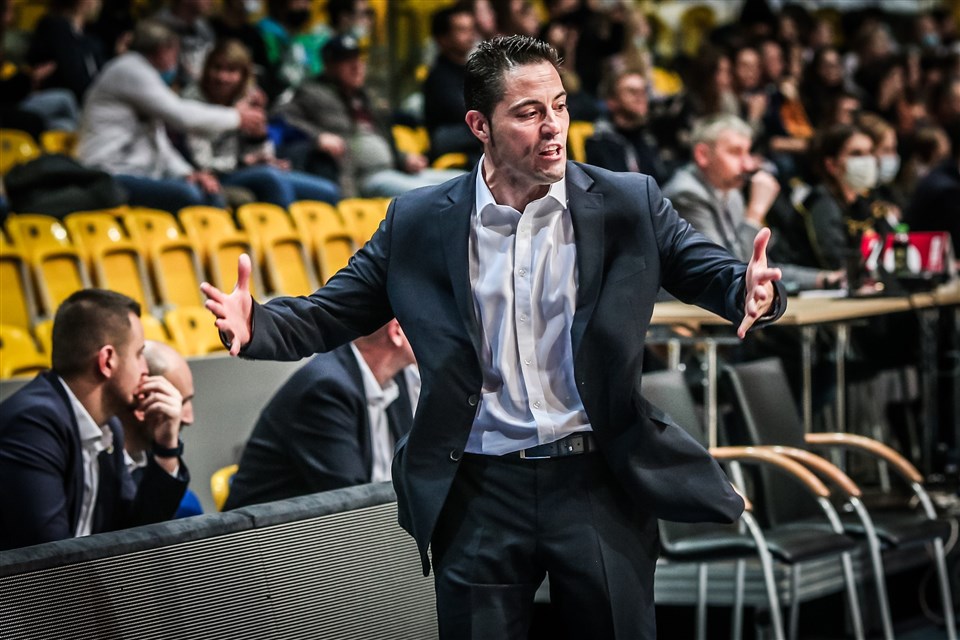 Current Record: 7-3
Fenerbahce Safiport are red-hot right now as they are riding a five-game winning streak and their success has come with a bunch of players all hitting top gear at the same time. The competition's leading scorer Kayla McBride, powerhouse Elizabeth Williams and the ever-impressive Satou Sabally have provided the main thrust. They are looking like Final Four material once again and belatedly living up to the pre-season hype. The other big news was play-caller Victor Lapena choosing to pick up the coaching reins of Canada in what will be a dual role alongside his duties for the club.

Current Record: 6-4
Picking up four wins in their last five games meant that suffering a heavy loss at Fenerbahce Safirport prior to the winter break didn't take the shine off Girona's fruitful season so far. They have beaten every other team in their group except for Dynamo Kursk, whom they face next. The combo of Rebekah Gardner and Kennedy Burke continues to be so effective, with some great team work around their headline duo. They also continue to punch hard in the grueling three-way race in the Spanish League with Perfumerias Avenida and Valencia BC.

Current Record: 6-4
With five wins in six games, Schio are making seriously impressive moves towards a possible Quarter-Finals slot and they signed off 2021 with that thrilling overtime win against Sopron, when they showed a lot of heart and composure in crunch time. Sandrine Gruda continues to lead by example, Jasmine Keys is still having her best season in the competition, Diamond De Shields looks capable of turning up the noise and the team is yet to lose in the Italian League. What's not to like right now?

Current Record: 6-4
There has been a vast improvement in both performances and results for Dynamo Kursk lately, winning their last three games. While their best work is still centered around a triple-punch of Natasha Howard, Eva Lisec and Arike Ogunbowale, it's been encouraging to see other players step up, such as when Yulia Kozik scored 15 against Gdynia. Defensively it looks better than early season, holding their opponents to 67, 70 and 57 in their past three victories.

Current Record: 6-4
It's another move downwards for Sopron after two losses since the previous rankings - a particularly disappointing home reverse to Spar Girona and an agonizing one-point defeat at Schio. Shay Peddy waved goodbye during the winter break, they've just lost for the first time in the Hungarian League this past weekend and it's been up and down in EuroLeague Women. The Quarter-Finals remains the aim and still likely as things stand, even if upcoming games against Fenerbahce and Dynamo Kursk look tough. Sopron will expect to finish on a high against Galatasaray and Basket Landes. 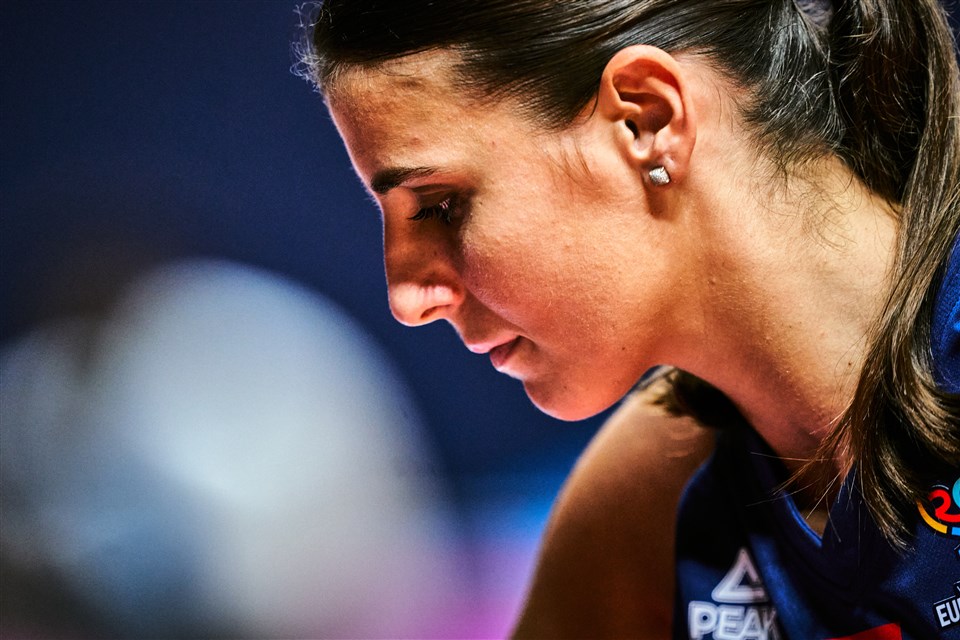 Serbian national team ace Ana Dabovic is back on the floor for BLMA and that gives them a big boost,

Current Record: 5-5
With two big wins and two big losses since the last set of rankings, it's been both ends of the spectrum for BLMA. Struggling 4-7 in the French League, it's still a modest move upwards of one place is due mostly because they have bolstered their backcourt with the addition of Romane Bernies from VBW Arka Gdynia, while Ana Dabovic is finally back on the court and she is always going to give any team added firepower and a clutch option. With TTT, Umana Reyer and MBA Moscow still to play, there could be a winning season in store if BLMA play well.

Current Record: 4-6
It might be a losing record, but TTT Riga can still surely consider this to have been a highly successful season to date. Getting four wins on the board by the winter break is impressive and play-caller Martins Gulbis deserves praise for this. They look well placed to move into EuroCup Women in the post-season but a shock Quarter-Final place and top four finish in Group A remains viable. That in itself highlights their good work. Home games with BLMA and KSC Szekszard offer real opportunities, especially if Ieva Pulvere and Daugile Sarauskaite continue their super work leading the team.

Current Record: 3-6
Nothing much has changed for the Italians since the last volume in the sense that they still have work to do after their poor start to the campaign if they want to catch up and make a bonafide challenge to reach the post-season. It still feels like things can go either way and they remain at a fork in the road. They have the talent to finish strongly and that starts with a crunch game this week against TTT Riga. Yvonne Anderson and Astou Ndour both need to maintain their highest level and who knows? Maybe they can still clinch that fourth spot in the Group.

Current Record: 4-6
It's been a disastrous run for Galatasaray who had enjoyed a really great November but then it's been downhill ever since. They followed up their four-game winning streak with a four-game losing slump and that included a derby blowout to Fenerbahce. With Anete Steinberga first and now Riquna Williams not suiting up, fans are asking what is happening, the vibe is uncertain around what will happen in these last weeks of the Regular Season for Eve Guven and his team. They are also way down in 7th place in the Turkish League to add further to concerns. 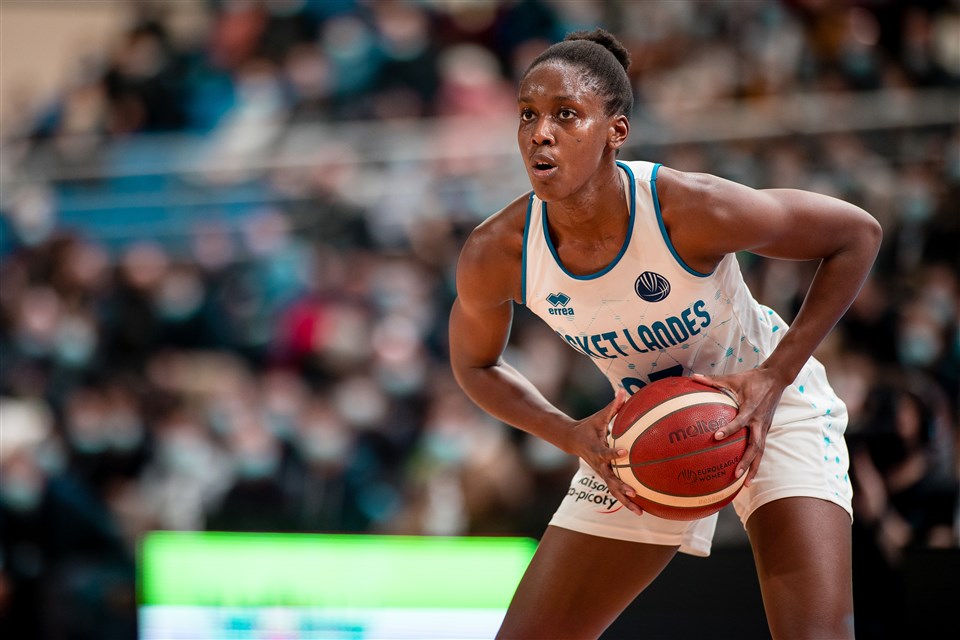 Current Record: 3-7
It's been a bit of a nightmare of late for Landes, both in terms of results and some off-court challenges because of the pandemic, but they will be hoping that brighter times are lying ahead. Five straight losses have seen the wheels come crashing off and two areas Landes need to find an uplift in are certainly their three-point shooting (third-worst) and steals (second-worst). There was at least brighter news for young guns Marine Fauthoux and Kendra Chery who were both named in the France squad for the FIBA Women's Basketball World Cup 2022 Qualifying Tournaments.

Current Record: 2-8
Are better times lying ahead and will the Polish side make a late surge and maybe challenge for a EuroCup Women spot? Things look like they might have changed in past weeks since not only did they double their win tally for the season with that thrilling win against Galatasaray to sign off their calendar year, they also replaced their head coach. Gundars Vetra has moved aside for Jelena Skerovic who becomes the third female head coach in the competition. However, Gdynia are looking to shake things up with Romane Bernies and Klara Lundquist both leaving and Pinelopi Pavlopoulou arriving.

Current Record: 2-8
Still plagued by their willingness to turn the ball over voluntarily or crack under defensive pressure, turnovers are a major problem for MBA and have contributed to them not being able to kick on in recent weeks and emulate the record of the likes of TTT Riga. Still, despite the small drop downwards, it has been largely positive and remember this is an all-Russian roster with no marquee names and one that shares the minutes around so it's teamwork all the way.

Current Record: 0-10
In what was supposed to be an unforgettable rookie campaign, it has morphed into the season that nobody at KSC Szekszard ever wants to remember. Not least now. that they have hit the unwanted landmark of a 0-10 record. Short on quality, short on confidence and barely managing to stay competitive in some games, it is looking like the move to this level has brutally exposed a number of shortcomings. They still have a chance at the very least to make history with a first win. But a lot has to change and without re-enforcements, this campaign can't end quickly enough. 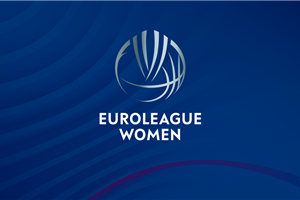 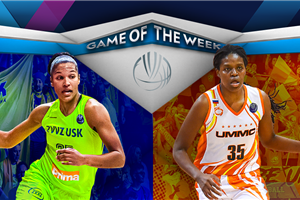 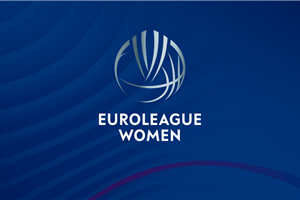 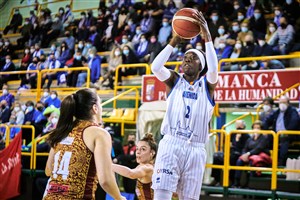 The penultimate MVP Ladder: Which players are making late moves? 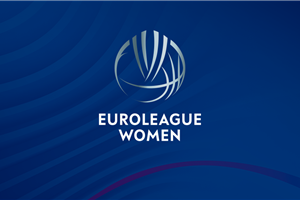