BERLIN (Germany)  - The confetti has been cleaned up, Spain have returned home as FIBA EuroBasket 2022 champions and the continent can now look ahead to the next event in 2025 in Cyprus, Finland, Latvia and Poland.

But before the 2022 edition enters our collective memory banks, here is a look back at eight young players who shined on the big stage, giving their respective country's fans a reason to be excited about the future. 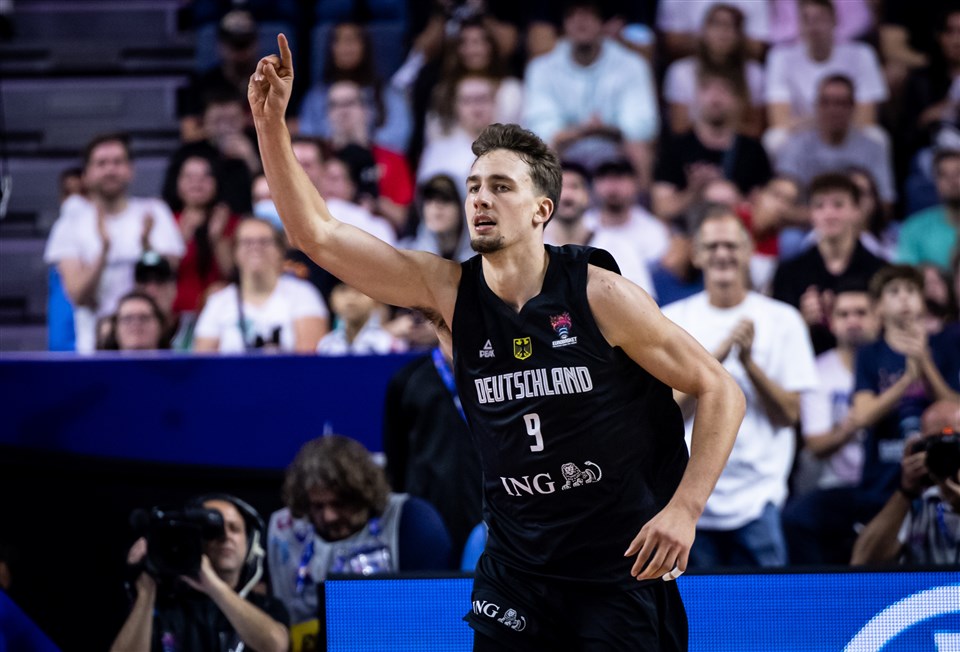 Wagner was playing his first major international tournament having just turned 21 years old five days before it started, but the German star talent more than showed he was ready for the spotlight. In helping the country to third place, Wagner was Germany's clear number two scoring option and was able to take over games for stretches with his ability to put the ball into the basket as well as his rebounding and shot blocking. He collected 15.2 points while shooting 46 percent on three-pointers to go with 4.0 rebounds, 1.7 assists, 0.7 steals and 0.6 blocks. He definitely will be a major part of Germany's bright future moving forward. 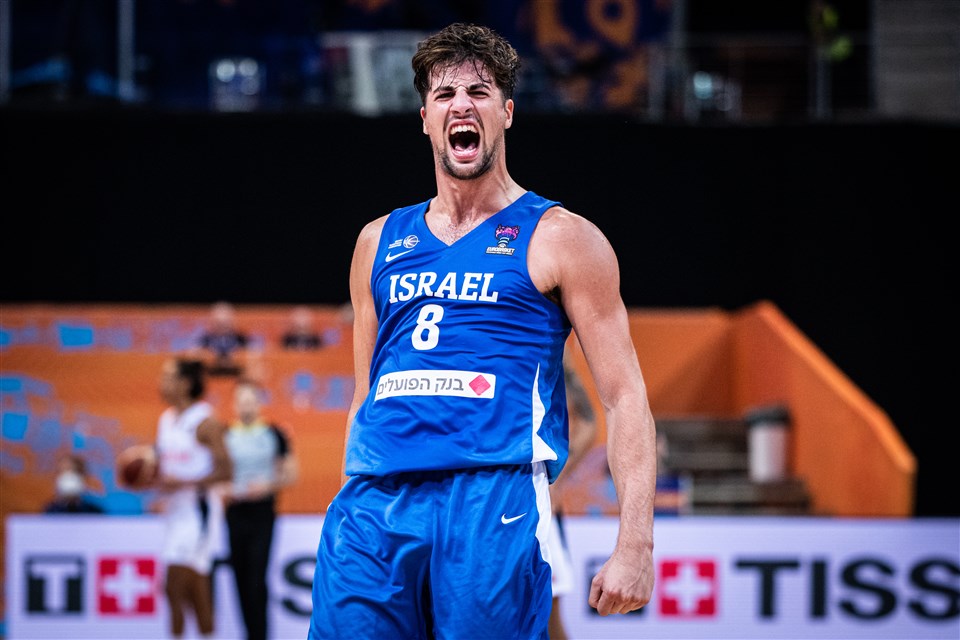 Avdija and Israel will be majorly disappointed about not getting out of the Group Phase after opening the tournament with two wins before dropping their last three games. The 21-year-old led the team in scoring (14.6 ppg), rebounds (8.2 rpg), assists (4.6 apg) and blocks (1.2 bpg) though he struggled from long range at 33.0 percent on three-pointers. Avdija flirted with a triple-double in the final game against Czech Republic (12 points, 8 rebounds, 11 assists) and his only poor subpar came against Poland, when he finished the night with just 3 points. Still, overall he showed a willingness and ability to take leadership, and he will be better in the future because of the failures learned from this event. 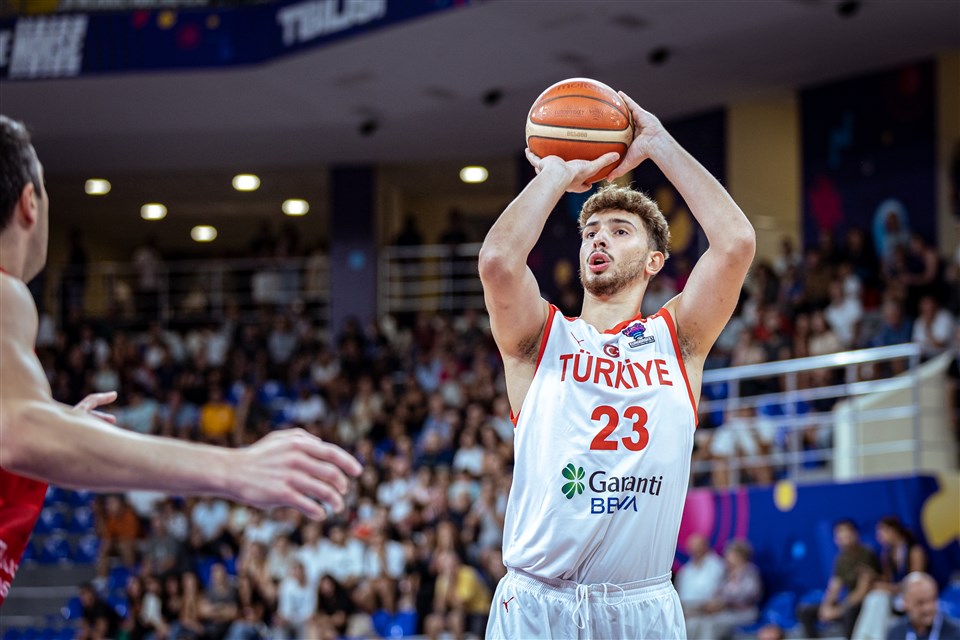 Turkey are set in the low blocks for the next decade or more as Sengun displayed the consistency and performance of a 30-plus-year-old veteran and not a big man who turned just 20 in late July. The NBA power forward led the team in scoring with 16.5 points on 62 percent from two-point range despite Turkey having two NBA wings and a EuroLeague scoring guard on their squad. Sengun also was top in rebounds (8.2 rpg) while picking up 2.2 assists, 1.2 steals and 0.7 blocks. Turkey will be disappointed about being eliminated in the Round of 16 against France, but the tournament was important for Sengun to continue learning how to play with those top star teammates - and show he is also a top star himself. 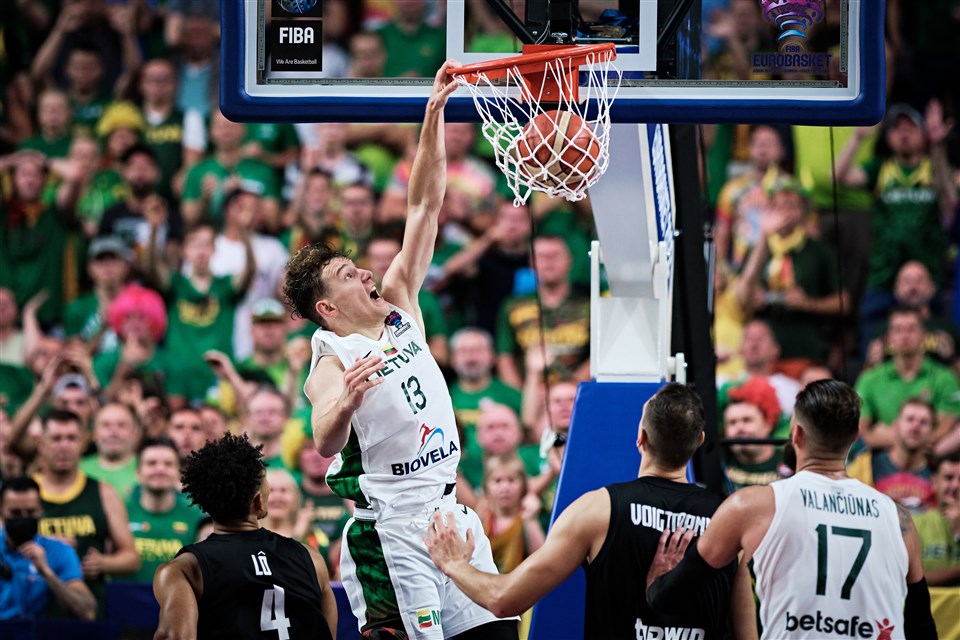 Lithuania have their next point guard for the future. Jokubaitis won't turn 22 until mid-November but the playmaker had no difficulty getting NBA star big men Jonas Valanciunas and Domantas Sabonis into their spots while also helping Ignas Brazdeikis find his way into the team. Jokubaitis averaged 9.2 points and while he wasn't overly effective from the outside (28 percent on three-pointers) he did nail some big triples late in games. He averaged 4.0 assists - with a very solid 2.0 assists-to-turnovers ratio - while chipping in 2.8 rebounds. The young point guard is not the reason the team struggled in the group stage, and he will be helped going through the experience of the team nearly missing the Round of 16 and how the veterans dealt with that pressure. 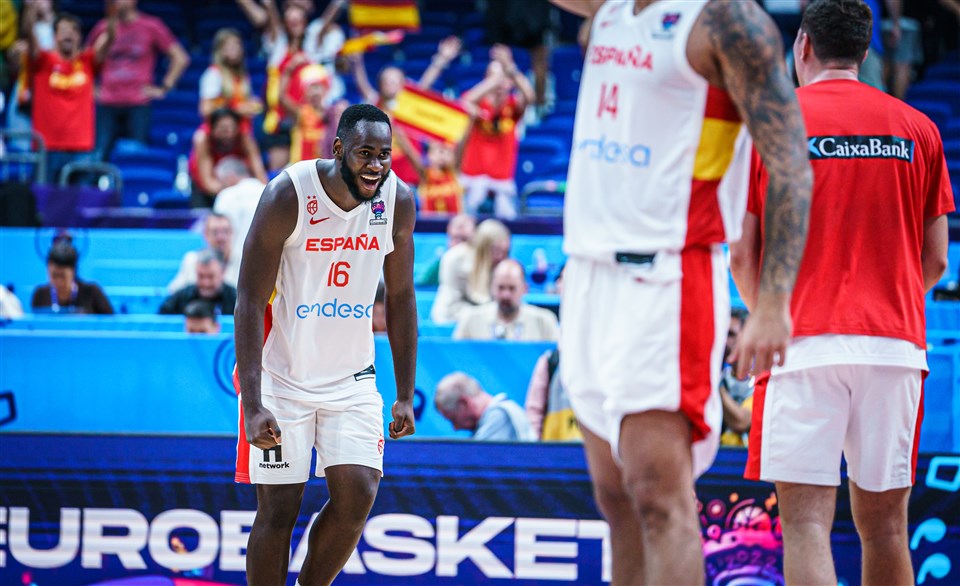 Garuba was one of the youngest players at the EuroBasket but the 20-year-old played like he belonged on a gold medal-winning team. Spain head coach Sergio Scariolo called Garuba "the future" for the national team and also told reporters that he called on the youngster to lead the team defensively in the big Round of 16 win over Lithuania - with their two NBA centers Jonas Valanciunas and Domantas Sabonis. Spain trust in Garuba, who did not show much of his offensive capacities - 4.7 points on 61 percent shooting on two-pointers and 2.6 assists - but really earned the team's confidence at the defensive end and rebounding (5.0 rpg). Garuba will go through his growing pains but Spain will be even better long range with him on board. 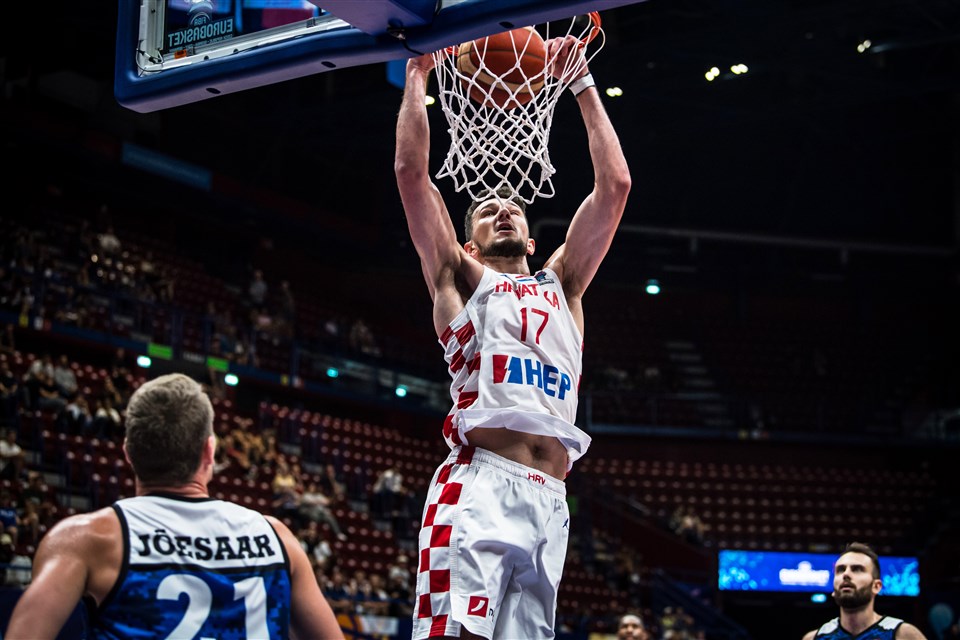 Matkovic came into the tournament after having been selected in the 2022 NBA Draft in the Second Round. And the center lived up to expectations, picking up 8.0 points, 3.5 rebounds and 0.8 assists in just 16 minutes per game. The 20-year-old found himself on a team with Croatia's top stars - Bojan Bogdanovic, Ivica Zubac, Dario Saric and Mario Hezonja - but he showed he can produce even with those leaders on the court: 17 points on 8-of-8 shooting versus Estonia and averaging 10.5 points and 5.0 rebounds in the final two games against Ukraine and Finland. Knowing all four of those players will likely be unavailable for some FIBA windows, Matkovic could become a main leader for this Croatian team in the coming year. 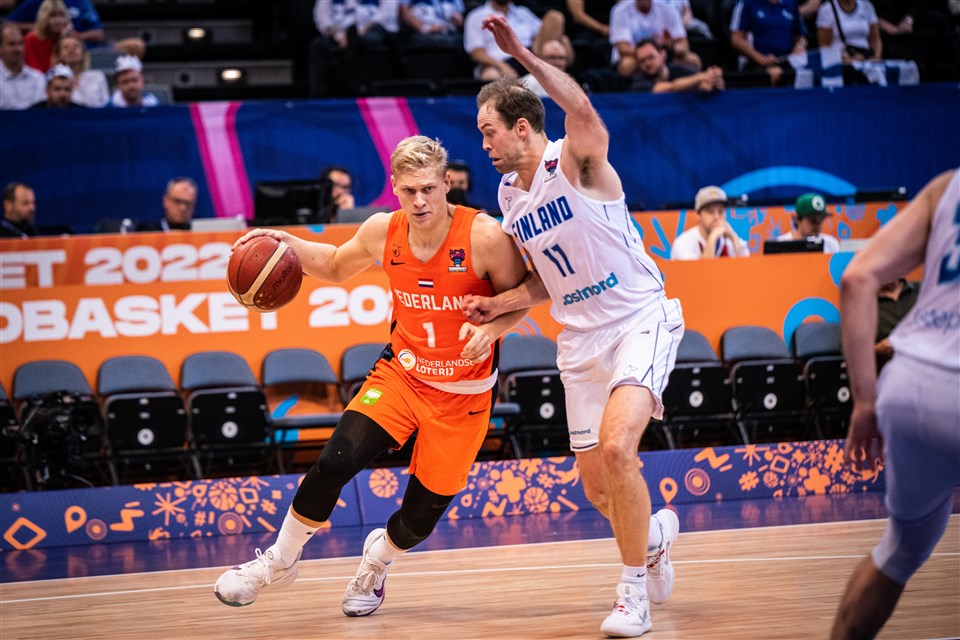 Van der Vuurst will likely have returned home aggravated that Netherlands were unable to grab at least one victory in their return to EuroBasket after missing the 2017 edition. But he took another step in his development, averaging 7.4 points, 4.6 assists and 1.4 rebounds. The 20-year-old playmaker faced strong point guards such as Vasilije Micic, Tamir Blatt, AJ Slaughter, Ondrej Sehnal and Edon Maxhuni and held his own. Netherlands are still a growing federation and van der Vuurst will be an integral piece in that development. 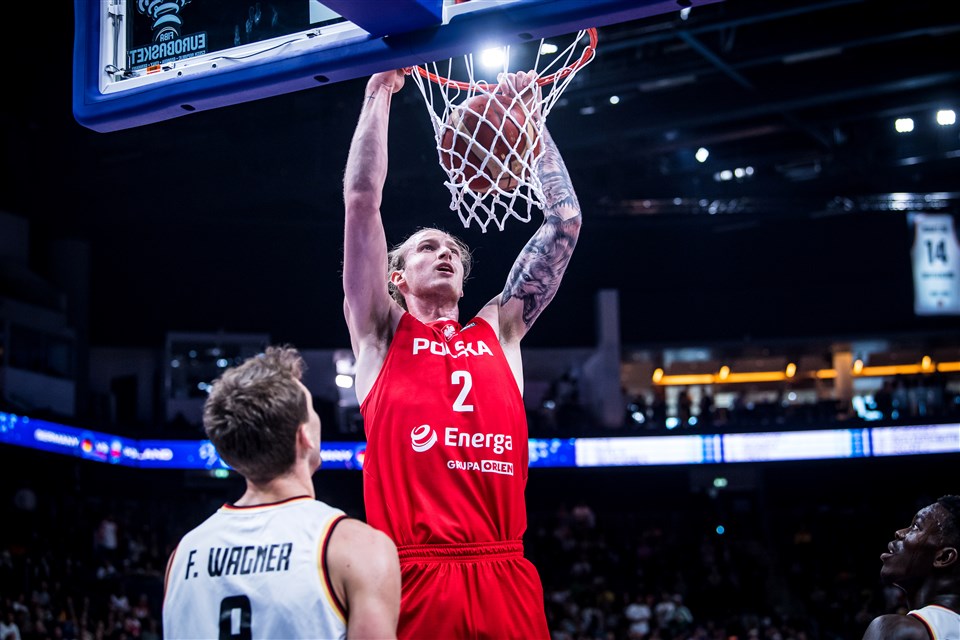 Aleksandar Balcerowski was one of the main protagonists in Poland's miraculous run to the Semi-Finals, with the 21-year-old big man putting up 10.3 points, 3.9 rebounds, 2.1 assists and 0.8 blocks per game. The versatile put up double figures in scoring in five of Poland's games in Prague and Berlin. Alongside Mateusz Ponitka, A.J. Slaughter and Michal Sokolowski, Balcerowski was the only other player to average more than 20 minutes per game, and this number could have been a little bit higher if it weren't for foul trouble. While a Semi-Final appearance will be a tough act to follow, Balcerowski and his Polish teammates will be looking forward to taking the floor in the 2025 event, part of which will take place in Poland. 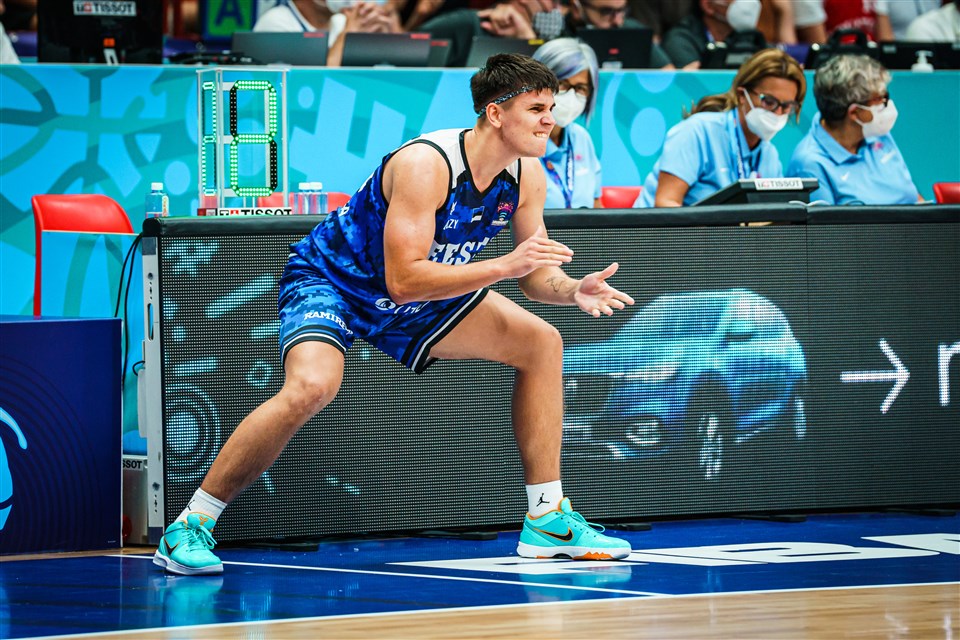 Estonia watched the Knockout Phase from home after a 1-4 record in Group C, but it wasn't due to a lack of effort. And one of the leaders of that push in energy was Kriisa, who showed that even at just 21 he is ready to lead Estonia for the future. He shot well from the outside - nearly 39 percent - but made a lower percentage from inside the line in averaging 10.8 points. He finished ninth in assists per game at 5.8 while also picking up 1.8 rebounds. It was a mix of highs and lows for Kriisa, who scored 20 points in the opener against Italy but made just 1-of-11 shots in a tight loss to Croatia. He also had three games with at least 6 assists however committed 5 turnovers twice as well. Kriisa can count it all as a learning experience and one that will help him and the country moving forward. 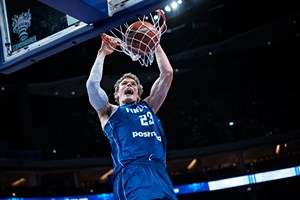 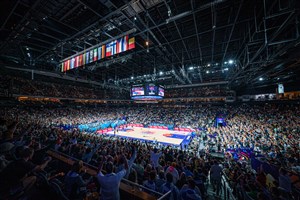