The Nikolai Semashko Trophy was named after Nikolai Semashko (1907-1976), former head of the Soviet State Sports Committee who served as the Vice President of FIBA from 1960 until 1976 and President of the Standing Conference of Europe (later FIBA Europe) from 1967 until 1976.The author of several technical guides about the strength and condition training of players also was an international referee from 1947 on. In 2007, he was enshrined as a contributor in the FIBA Hall of Fame.

The current trophy, officially presented at the FIBA EuroBasket 2017 Draw, is the third version which will be held aloft for the first time on 17 September 2017. Maintaining the same shape and feel of the previous edition of the trophy, which was last lifted by Spain in 2015, version 3.0 has been created in line with the trophies of FIBA's other continental championships, which will also be played out in 2017 in Africa, the Americas and Asia.

It was re-designed by UK-based creative agency Radiant Studios and crafted by silversmith Thomas Lyte. The trophy is 26.5cm high and, apart from the trophy name, all 39 previous winners are engraved in the roll of honour. The sterling silver bowl is 35cm in diameter and has a manually hammered finish referencing the texture of a basketball. The gold plated band on top is consistent across all FIBA continental trophies, bringing the basketball world further together. 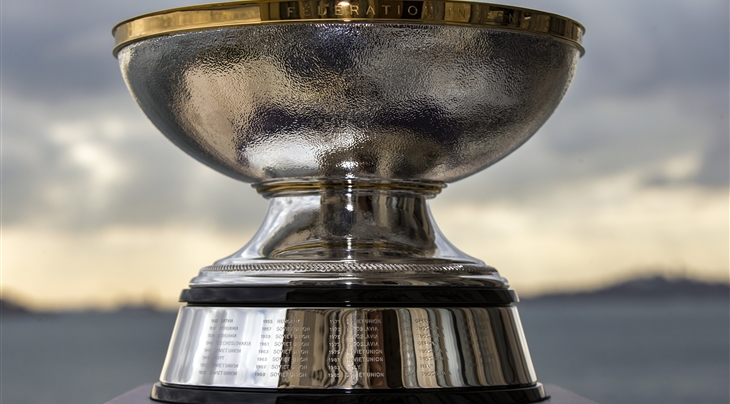