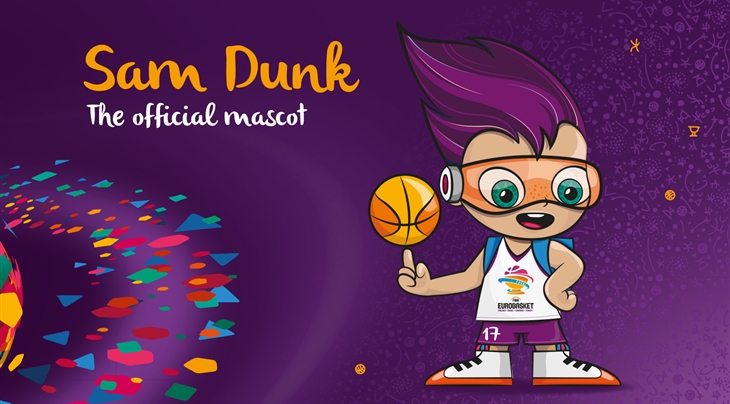 This is a young boy, Sam, who loves basketball and dreams of being a great basketball player/superstar. In his imagination he has created an alter ego for himself, a superhero who has rocket boots and so, despite his diminutive size, can compete with the basketball giants on equal terms.

His imagination knows no bounds and he is able to power-up, launch himself into a low orbit and land in any of the four host countries, host cities and basketball arenas - to follow his favourite sport and meet all the other fans.
This is Sam Dunk, the official mascot of FIBA EuroBasket 2017.

To Sam, and every basketball fan, a slam dunk is the highlight of any game. Only the bigger or more athletic players can dunk - unless you’ve got rocket propelled boots and the determination to win which is exactly what Sam has. So Sam Dunk was an easy choice as his alter ego’s name.