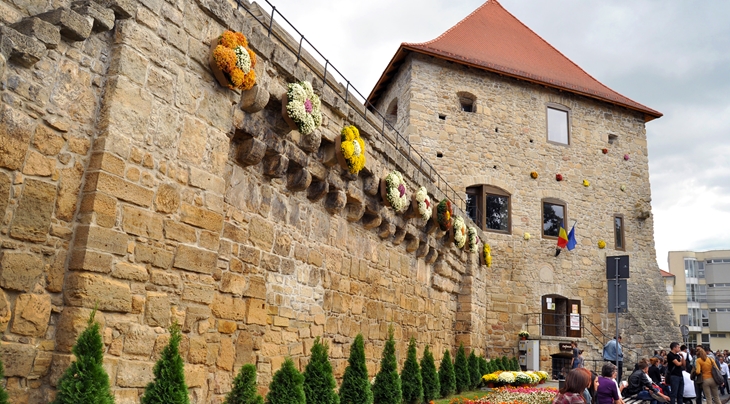 Located in the heart of picturesque Transylvania, Cluj-Napoca has a special charm, given by its 2000-year plus history, its geographical location and its people. Time flows differently here, people take the time to say hello and to walk between the blooming trees in the Botanical Garden. They can watch the reflection of the sun’s rays in the twin buildings on Mirror Street and smile while inviting you to discover the local culture and traditions.

Over time, Cluj-Napoca has earned the title of “Capital of Transylvania” because of the dynamic way in which it has grown. It is nowadays known as the most important academic, medical, economic, cultural, sports and scientific centre in region.

An ancient culture and civilization centre, Cluj has been mentioned since Roman times, when it was called Napoca and became one of the main settlements of the Daco-Roman Province. Its importance was maintained in the medieval period when Cluj became part of the seven cities that were given the German: Siebenburgen.

Today, Cluj-Napoca is the country’s second largest city, located in the centre of Cluj County. It covers an area of 179.5 km in the Somesul Mic and Nadas Valley, with extensions on the secondary valleys of Popesti, Chintau, Borhanci and Popii. In the south, it occupies the space of the upper terrace on the north side of Feleacu Hill. Surrounded on three sides by hills with heights between 500 and 700 metres, it has the appearance of a real-life fortress.

Specific to the area of Transylvania, Cluj is a multi-ethnic and multi-confessional city, with a population of 314,513 inhabitants.

Cluj-Napoca is a European city, the historical center of Transylvania, a community which has a unique, inter-cultural character.

Cluj-Napoca is the second university centre in Romania: it has 11 universities and an estimate of 100,000 students, making it a centre of academic excellence, where students engage in community life, giving a source of creativity, innovation and research.

Cluj-Napoca is also an eventful city, with a fast-growing number of artistic events. To complete a rich cultural agenda, over 100 festivals bring annually, events of theatre, dance, music and visual arts, both traditional and contemporary.

Cluj-Napoca is a European benchmark in regards to its dynamic, vibrant, cultural life, which supports experimentation and innovation.