MIES (Switzerland) - The mascot for the FIBA Basketball World Cup 2023 finally has a name and it is a perfect match for the sport's biggest showcase - JIP - as in Japan, Indonesia and the Philippines, the three co-hosting nations.

JIP is a result of a call to action to fans to name the mascot and ultimately having people across the globe decide. Nearly 100K fans visited the mascot naming poll which included six options for World Cup enthusiasts to select their favorite title.

The name JIP also fits exactly with the creators' vision when they designed the basketball robot: uniting people and representing them all.

"The name JIP is a perfect match for this beautifully designed mascot as it incorporates and unites all three host nations", said David Crocker, FIBA Basketball World Cup 2023 Executive Director.

"This announcement aims to build excitement for next year's tournament, but it also provides an opportunity for fans to meet and interact with this unique mascot at the end of the month in Jakarta, Okinawa and Manila through some fun activities."

Now that the mascot has a name, basketball fans in the three hosting countries can come out and see JIP over the weekend of July 30 and 31.

Kids and families in Indonesia can come to the Sarinah Mall in Jakarta on July 30 from 3 pm to 5 pm for various activities including a meet and greet, kids and family games, and also a chance to challenge the mascot.

"We are very pleased to have JIP as the mascot of FIBA Basketball World Cup 2023. JIP represents everything that this tournament aims to amplify, including the strong relationship between the three host nations, and most importantly, an engaging mascot for children, which we hope will spread the love of basketball to the next generation," said Cahyadi Wanda, Chairman of Joint Management Committee of Indonesia.

Fans in the Philippines can see JIP on July 31 at Manila's Mall of Asia Central Atrium, with games and fun activities starting at 10 am. Also, an exhibition featuring Hype Streetball PH as well as live performances from Eric 'Eruption' Tai, DJ Patty Tiu and renowned Filipino band Sponge Cola will tip off at 2:30 pm.

SBP President Alfredo S. Panlilio said: "We are proud to announce JIP as the official FIBA Basketball World Cup 2023 mascot name. JIP symbolizes the strong bonds and unity among Japan, Indonesia and the Philippines in hosting such a prestigious sporting event as the World Cup and demonstrates the hosts' unified goal of amplifying the environment through proper recycling practices."

And for those in Japan, JIP will be appearing as a special guest on various TV programs in the coming weeks and will also attend the FIBA Basketball World Cup 2023 One Year to Go events, where fans and kids will be able to meet the World Cup mascot in person.

"I am very excited to announce the official name of our mascot chosen by fans from all over the world," said Japan Basketball Association President and President of the FIBA Basketball World Cup 2023 Organizing Committee of Japan, Yuko Mitsuya.

JIP's story began when three fans met online after learning the tournament was coming to their home countries: Caloy from the Philippines, Kota from Japan, and Dewi from Indonesia who ended up building the basketball robot. JIP is inspired to build more friendships and learn about the cultures and many qualities of the host nations. 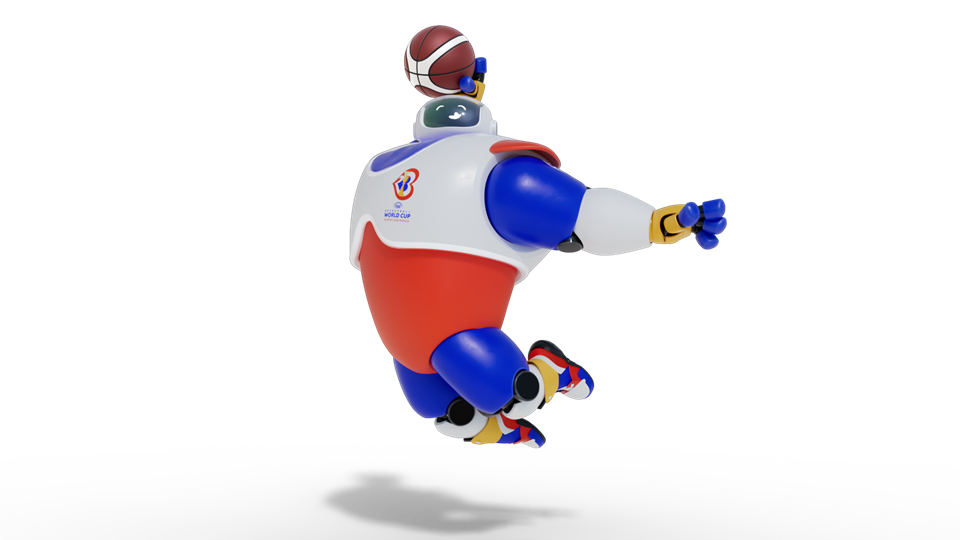 JIP's mission is to unite fans through the FIBA Basketball World Cup 2023 across the three host nations and around the world through the power of basketball.

The World Cup mascot is programmed to be fun, friendly, and sporty. It has terrific dribbling skills and also has a supersonic dunk and will be promoting the FIBA Basketball World Cup 2023 globally and sharing its love for basketball with as many people as possible in the leadup to the event in 2023.

The three creators also designed the mascot to encourage fans to consider the environment and educate young generations about recycling through its built-in back hoop while its power shoes are run on energy converted from recycled waste. The colors of the mascot represent each of the three host countries’ national flags and its LED face allows it to communicate with millions of people in different languages - not to mention make lots of fun expressions. 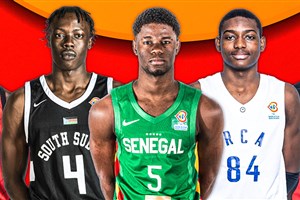 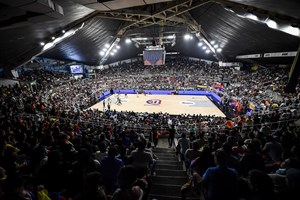 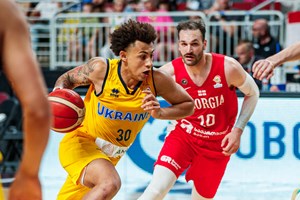 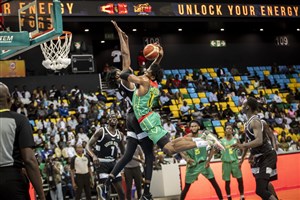 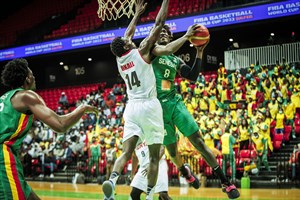