SAN CRISTOBAL DE LA LAGUNA (Spain) - If ever a player has used the European Qualifiers for the FIBA Basketball World Cup and the Basketball Champions League to prove what he can do on the hardwood, it's been Sebas Saiz.

Since returning to his homeland from the United States - where he had a sterling NCAA career with the Ole Miss Rebels - the 24-year-old Saiz has been a linchpin in the Spain side that won 10 of 12 games to qualify for the World Cup.

Only he and Quino Colom have played in all of Spain's games in the Qualifiers.

While he's averaging less than 12 minutes per game in Spain's Liga Endesa, Saiz played just under 17 minutes per contest in the BCL Regular Season and the European Qualifiers.

"At the end of the day, playing for a national team is one of the dreams of every player, just representing your country," Saiz said in an interview with FIBA.basketball. "The Spanish national team has been at the top for so many years so to be a part of that team now is something incredible."

There have been tangible benefits to playing for Spain. Saiz has both improved his skills and knowledge, and gained confidence in his abilities. It's clear to see when he competes in the BCL, or Spain's domestic league.

"(Spain head coach) Sergio (Scariolo) is a great coach," he said. "It's great to be able to play in all these different stages, with all of these different players, and playing against the best of the best.

"Every game with the national team, I learn something."

Saiz, renowned for his boundless energy, possesses a soft, mid-range jump shot but he often scores with put-backs and dunks. The 3-point shot isn't the first thing that comes to mind when one thinks of Saiz, but even in that department he's been okay. In the BCL, he's hit 4 of 6 shots from behind the arc while in the Liga Endesa, he's 3 of 12 from deep.

In his senior year at Ole Miss, in 2016-17, Saiz averaged more than 15 points and 11 rebounds. He did put up 73 attempts from long range and connected on 21 of them, yet it was the intensity of his game, his fight for every single rebound and his magnetic personality that made him a fan favorite. He even aroused the admiration of Morgan Freeman - a loyal Rebels supporter.

Great way to celebrate the big win against Syracuse! It's always good to see you Mr. Freeman

The actor acknowledged having invited Saiz for dinner more than once, and joined the "sunglasses" movement that came about in 2016, when the center suffered a severe ocular injury that forced him to play some games with protective eyeware - in the style of NBA great Kareem Abdul-Jabbar, but darker. Indeed, on one night, more than 9,000 spectators wore sunglasses and t-shirts with the slogan “I wear my sunglasses at night” to show their support to the Spanish player.

A couple of years on and Saiz has many more fans. He has not only those that cheered for him in Burgos, where he spent his first pro season, and not just the ones in the Canary Islanders that root for Iberostar Tenerife.

He's had an entire nation behind him, cheering Saiz and all the Spanish players on as they qualified for the World Cup.

Crucially, the 2.02m (6ft 7in) center has given fans reason to spur him on. This was evident in his play during Spain's final two  games of the Qualifiers.

Saiz made a bit of history - and joined some illustrious company in the process - when he hauled in an incredible 10 offensive rebounds in Spain's 67-62 win over Latvia on February 22. It tied the mark, set by none other than living legend Paul Gasol, for most boards on the offensive glass in a single game for a Spain senior national team player.

What makes Saiz's feat all the more impressive is that it took place in an official game, while Gasol achieved it in a warm-up game against Poland, in the build-up to the World Cup in 2006. 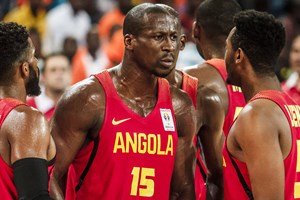 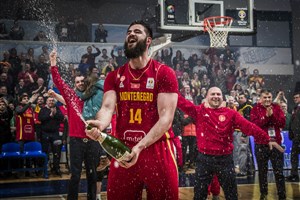