A newly-designed FIBA Basketball World Cup Trophy was unveiled during the Official Draw Ceremony of the Qualifiers for China 2019 on Sunday May 7 2017.

For the first time in its history, basketball's ultimate prize is made almost entirely out of gold and features a roll of honor listing all of the world champions. It also features a golden hoop in which 'Federation Internationale de Basketball Amateur' - FIBA's original name - is written, a mark that identifies it as an official trophy. These characteristics give it a heightened sense of tradition and prestige.

It is appropriate in light of the transformation the FIBA Basketball World Cup itself has undergone to become bigger than ever before. In 2019, it will feature a record 32 teams and be the culmination point of a two-year qualification period.

Within the context of the launch of FIBA's New Competition System's, all trophies awarded to the winners of FIBA's Continental Cups have also all been re-designed.

The FIBA Basketball World Cup trophy stands 60 centimeters high - 13 higher than the previous one - and ranks among the tallest sports trophies. Fittingly enough, it was unveiled in Guangzhou's Canton Tower, one of the world's tallest and most beautiful buildings. 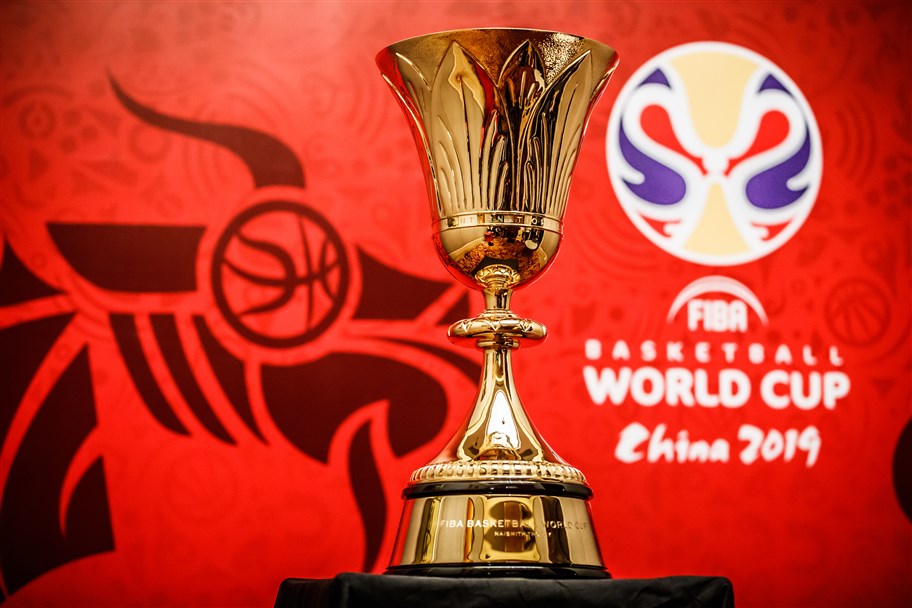 When the FIBA Basketball World Cup 2019 Qualifiers tip off in November, 80 teams will have their sights set on lifting the trophy on September 15 2019 in Beijing, China in celebration of having accomplished the highest achievement in the sport.

The new FIBA Basketball World Cup trophy was designed by Radiant and handcrafted by the silversmith Thomas Lyte.