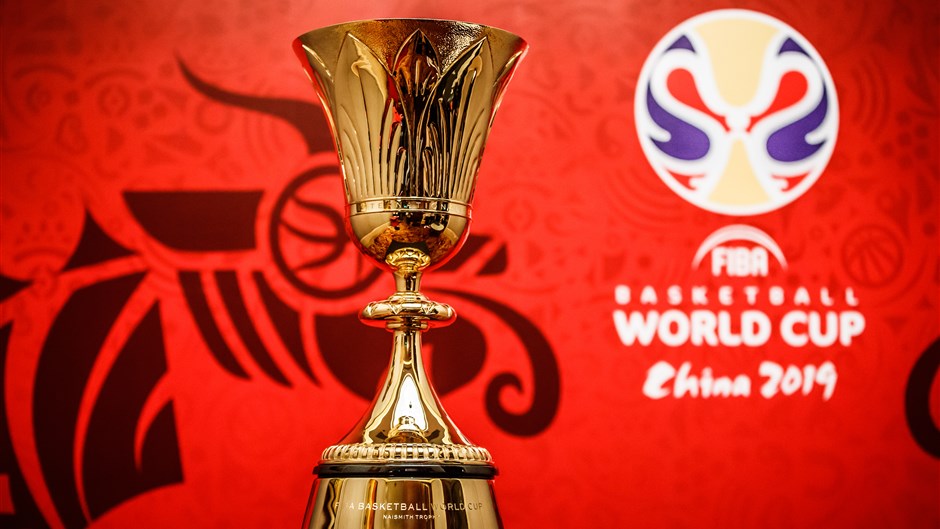 The time has come

The new system offers a clear structure and hierarchy of the competitions at a global level, is more player-friendly and easier for fans to understand. The regular games of national teams year-round will also bring increased media coverage and promotion, creating synergies with club competitions and enhancing the commercial potential of basketball.

The new system tackles issues identified during an extensive consultation period. These included:
• Insufficient visibility of national teams in their home countries; unlike in other team sports, there were no regular home games for all national teams;
• National team competitions were taking place only in August or September, which reduced their visibility;
• A simpler qualification system was needed across FIBA’s Regions;
• There was no lead-up to the national team competitions due to long periods of time between games;
• Due to too much “wear and tear” on international players competing every summer following the club season, the participation of the best players in national team tournaments was becoming uncertain;
• The previous calendar offered no development potential for most National Federations, as the same countries won all the major competitions;
• There is a need to develop further “home grown players” and this is made possible with teams being able to change their pools for every window of the Qualifiers.
• Other sports are improving and adjusting their own models.

Benefits of the New Competition System and Calendar

• New interest in basketball thanks to regular official national team games played in front of home fans;
• An improved lead-up to flagship national team tournaments, with a clear “road to” the main FIBA competitions;
• Improved basketball exposure, with more than 150 countries competing in more than 1,250 regular and competitive games;
• More opportunities in the sport for emerging countries and players to make their mark through regular official games;
• Increased media exposure and promotion for national team basketball - generating benefits across all FIBA Regions;
• Year-round visibility of the national team creating synergies with club competitions. More potential for commercial and media partners to be associated with the national teams and the main FIBA competitions;
• A player-friendly system, which sees a 20 to 25 per cent decrease (depending on the region) in players’ workload with their national team while also including one free summer in every four-year cycle, in order to maximize the opportunity for international stars to play in FIBA competitions; and
• Assist in the continued growth and development of FIBA’s National Member Federations.

The key to having a successful calendar system is to ensure there are regular international games throughout the year - and so make it an attractive product.

Currently, basketball is the only Olympic team sport where national teams play only in the summer. This has proven not to be a sustainable situation for basketball. In comparison, football has at least four fixed windows during the clubs’ season each year - double that of basketball as of 2017. In general, other team sports (football, volleyball and handball) have more and/or longer windows during the club season and benefit from this continuous exposure.

Each windows will consist of nine days, virtually two weekends, during a nine-month long season between October and June. 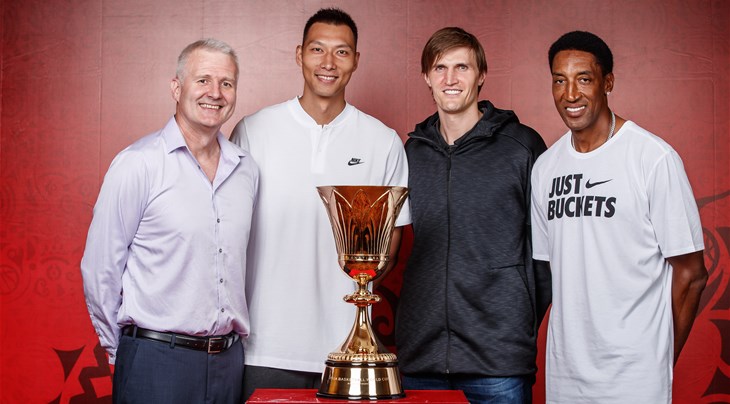 FIBA is pleased to see that the overwhelming majority of the global basketball family is excited by the New Competition System and Calendar has developed in order to enhance the commercial appeal of the sport at the international level.

Finland head coach Henrik Dettmann:
“This is the locomotive of the sport… without the national team, we will never be able to reach out beyond the hardcore basketball fan.”

Andrew Gaze, former Australia international and FIBA Hall of Fame Inductee (Class of 2013):
“This new system creates more games against quality opposition and attracts great players. These games mean something. To play in a game that is critical on the journey to becoming an Olympian and a (FIBA Basketball) World Cup player, that is what you play for.”

Wim Van de Keere, General Manager of Belgium's top flight Scooore! League:
“This [New Competition System] is not just player-friendly but also, strategically, economically and commercially, it's a great decision. That is also a no-brainer that in a joint product and project the calendar would accommodate those national team windows.”

Matteo Mammi, Sky Italia Sport Rights, Programming and Production Director:
“The new international calendar will bring great benefit to the coverage since it will provide longer-term frequency and consistency in the programming with all-year regular visibility of the national team, thus enhancing the potential of basketball on TV.”

Lynn Merritt, Vice President of Nike Global Basketball Sports Marketing:
“With this increased schedule and new emphasis on the international game, we look forward to helping connect fans to the energy and inspiration of their national teams and players.”

National leagues throughout the world have agreed to implement the New Competition System and Calendar.

In 2015 the European Leagues decided in the Union of European Basketball Leagues (ULEB)’s assembly to amend the ULEB statutes and accept the FIBA calendar.

In 2016, Euroleague Commercial Assets (ECA) modified the Euroleague and Eurocup bylaws eliminating barriers for the participation of players in the national team.

In November 2016, FIBA received a letter from ECA confirming its rules neither prevent nor limit in any way the release of players to national team competitions.

The New Competition System and Calendar is a global initiative, not just a European one.

It is worth remembering that a similar system existed in Europe until 2003, when ULEB was organising Euroleague and Eurocup.

However, since 2003 Euroleague has almost doubled the number of games played by clubs internationally to a total of 37 per season. For some clubs that is more games than in their own domestic league.

Several players’ association confirmed recently their strong will to participate to the Qualifiers:

Alfonso Reyes, former Spain international and President of Spain's Professional Basketball Players Association (ABP):
“Back in the day (up to 2003), we played the FIBA windows and there was no problem. The European League was more rational than the current one and there were fewer games. The problem now exists because of the greater number of games in the Euroleague. (Euroleague Basketball President and CEO Jordi) Bertomeu presumes to have the power to decide who goes or doesn't go and play for the national team. Who is he to do that?"

Rafa Jofresa, former Spain international and General Secretary of Spain's Professional Basketball Players Association (ABP):
“Euroleague cannot do that [veto a player's attendance to their national team selection] because the rules force athletes to answer the call of their teams.”

Statement on behalf of the members of the Greek Union of Professional Basketball Players:
“We are (also) expressing our disapproval toward the recent statements by Jordi Bertomeu in relation to the FIBA Basketball World Cup Qualifiers and the obligations of players competing in Euroleague. We understand his wish because he wants to protect his ‘product’ but money is not everything… National teams are above everything else and we categorically disagree with Mr Bertomeu. We are ‘fellow players’ of the Spanish basketball players who did not hesitate to oppose themselves towards their compatriot [Bertomeu]. These decisions are to be taken by the protagonists in basketball. That means the players as well as the federation of each country.”

The NBA’s exemption from the Qualifiers windows during its season

The NBA has welcomed the New Competition System and Calendar and supports it.

It has been built with a view to ensure more participation of NBA players in the main tournaments - FIBA Basketball World Cup, Continental Cups and Olympic Games - where there have been notable absences in recent years through the “one-tournament-every-summer” format.

NBA players will be available during the windows outside of the NBA season, i.e. in June/July and September.

As the number one basketball league in the world, the NBA cannot be treated as if it were any other league. According to Forbes Magazine, in 2015, the average NBA team was worth $1.25 billion. The top teams are worth upwards of $3 bn., with players commanding salaries of $20m and up. The NBA is a $7.5 billion business annually. 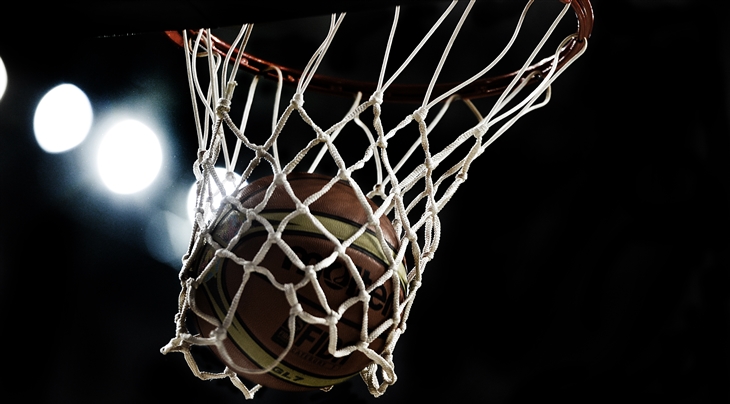 The New Competition System and Calendar will offer new opportunities for young players from more countries to play at the international level. This will enable players from less prominent basketball nations to develop their skills and talent. The more games played against good opposition, the more playing standards will improve.

In addition, the absence of NBA players during two of the windows will offer opportunities for other talented players to shine for their national teams and as a result develop a whole new generation of basketball stars.