MELBOURNE (Australia) - Big man Jonah Bolden knows this could be a special year for Australia, and they won't hesitate to seize the opportunity to make history.

"WE HAVE THE POTENTIAL, THE TALENT AND THE MOTIVATION TO DO SOMETHING GREAT IN THE FIBA WORLD CUP."Jonah Bolden

That will be easier said than done, though, especially with Australia drawn into what many pundits have called the 2019 FIBA Basketball World Cup "Group of Death" together with Senegal, Canada and Lithuania. Bolden, who last played for Australia at the 2013 FIBA U19 Basketball World Cup in the Czech Republic, acknowledges it's a tough group, but he's also confident the Boomers have the talent to come out on top.

"It's exciting because we are going to start the competition being already focused and having to play our A-game because we are in a very tough group where every game is going to be hard to win," he said. "But we are also confident about our talent and our potential. We want to have a superb run in China and fight for the top spots of the tournament."

With powerhouse teams Canada and Lithuania joining Australia in that group, it may difficult to imagine the Boomers as favorites, especially since the Lithuanians are 6th in the world according to the latest FIBA World Ranking presented by Nike. Still, Bolden is unperturbed.

For the 6ft 10in (2.08m) forward, being labeled "favorites" isn't their goal. Ultimately, it's all about being touted as one of the world's best teams and perhaps even find a place on the podium by the competition's end.

"We don't give that much importance to being favorites or not. We just want to win no matter what," he said. "Australia's national team has been working very well in order to be between the best national teams in the world, and we want to show it also this summer."

That moment when Australia is drawn with Lithuania in Group H for the 2019 FIBA World Cup. Click on the link in our bio to find out more. #FIBAWC #ThisIsMyHouse #AussieHoops

Things aren't bound to get easier if the Aussies do make it past the First Round. A glance at the cross-matchups reveals that the Boomers may face deep teams France and Germany next, and though those are bound to be exciting potential contests, Bolden is looking forward to the great competition and pleasing their fans.

"We will play with the same level of motivation against every team; France, Germany or any other and we know that we are going to face the most competitive teams in the world during our time in China," he explained. "To go far in a tournament like the FIBA World Cup, we have to beat every team or almost every team. We won't be afraid to compete, and we will be excited and focused to have a fantastic campaign this summer and make our fans proud."

Bolden is aware that this generation of Australian talents is maybe the deepest ever, and he knows it's practically now or never, especially in terms of competing not just for spots in the Top 8 or even to. Bolden knows that they have enough to challenge for the title of best in the entire world.

SQUAD ANNOUNCEMENT | A 17-man squad has been announced for the Australian Boomers ahead of the @fibawc from August 31 - September 15 featuring nine @nba stars and seven players from the 2016 Rio Olympics! #GoBoomers #FIBAWC #VisitVictoria #VisitMelbourne

"We have the potential, the talent and the motivation to do something great in the FIBA World Cup," he shared. "We are ambitious, and we talk about it pretty often with the guys. The pool of players is very deep, everyone is very excited about the possibility to represent the Boomers, and we want to help Australia win medals and the title."

Before they even plunge into action in China, however, the Boomers have a pretty interesting challenge up ahead - choosing the final 12 players to represent the Green and Gold. Bolden and fellow NBA players Ben Simmons, Patty Mills, and Joe Ingles, among others, have the inside track, but they know that all the players who've been called up to the training pool will fight tooth and nail for the final 12 spots.

"It's going to be very competitive, and the fight to get into the last 12 guys that are going to China is going to be great," he said. "We have many veterans, such as Bogut, Delly, and Ingles that know how to compete at this level, and some young guys who want to help, such as myself, Benny Simmons and many more."

Speaking of Simmons, he is one of the marquee names and certainly one of the top draws at the World Cup. Bolden, who is teammates with Simmons on the Philadelphia 76ers, marvels at his compatriot's talent and skill-set, and believes having him will boost the national team's chances of making a lot of noise at the quadrennial competition.

"Benny is such a talented player, and he will help us a lot," he said. "He did show in the last years that he is already one of the best players in the game. I really enjoy playing with him in Philadelphia, and I am also looking forward to the possibility of playing with him this summer. He can be one of the stars of the FIBA World Cup, and I am sure that a lot of fans are going to cheer for him in China!"

At the end of the day, Bolden truly believes that this summer will be special for Australia's national team as they are poised to challenge for the crown on the biggest stage of international basketball, and he definitely wants to be part of the team that will make it all happen.

I am very excited and looking forward to the present and for the years to come with the Boomers. We have the possibility to achieve great things and keep working hard to be one of the top nations of basketball in the world. We all want the Boomers to win medals and titles, and I want to help the team and the guys doing so. 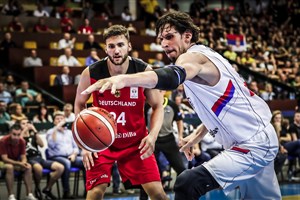 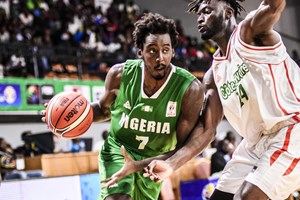