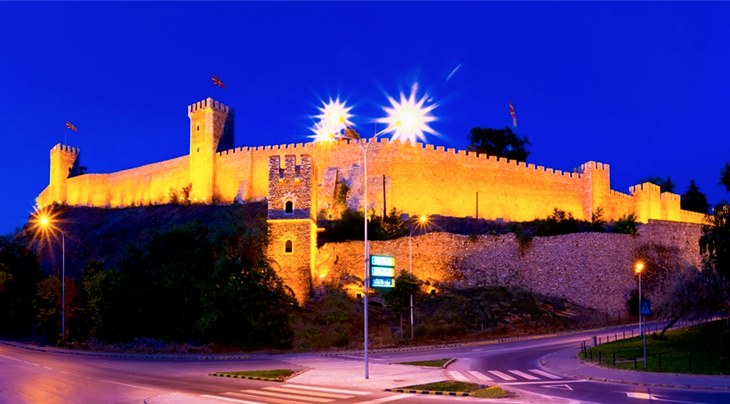 Skopje is the capital of the Former Yugoslav Republic of Macedonia, the city that lies in the heart of the Balkan Peninsula, at the crossroads of important communications, a city with a 2,000 year-old tradition.

Skopje is a modern city with a population of almost one million and presents the Former Yugoslav Republic of Macedonia’s major political, economical, educational and cultural center. It continues to be a focus for new residents, economic development, construction and refurbishment.

The Skopje urban area extends across the Skopje valley for approximately 30km (18.75 mi) in width and comprises of 10 municipalities. Skopje also is a very attractive tourist destination with its fortress, cultural and historical monuments, archaeological sites, sport halls, caves in the canyon of the River Treska and Lake Matka and health spa in the eastern part of the city. Skopje is steadily becoming a vital regional route for international flight operators. The town with the beautiful quay of the river Vardar, the narrow streets in the Old Bazaar which is the biggest bazaar preserved in the Balkans today, the town is internationally famous for being the birthplace of Mother Teresa.

It has blossomed into a thriving, stimulating city to explore, defining itself as an exciting tourist destination with the 1500 year-old fortress Kale and monastery St. Pantelejmon with the fresco "Lamentation of Christ", with the first signs of the Renaissance, the Islamic monuments Sultan Murat's- Hjunkar Mosque, the Daut Pasha’s bath.