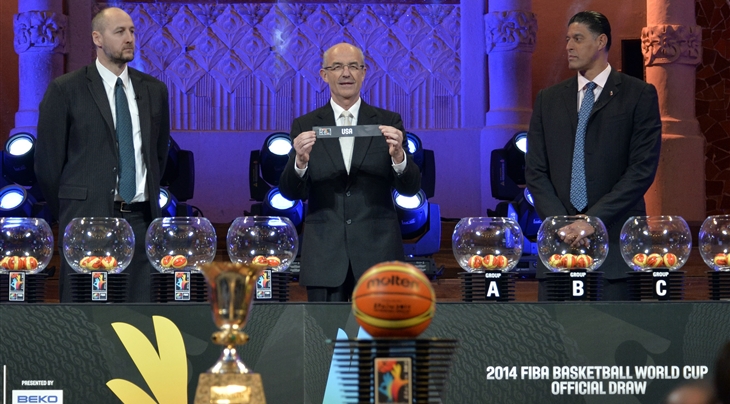 Here are the four Preliminary Round groups, which each consist of six teams.

2006 FIBA World Champions Juan Carlos Navarro and Jorge Garbajosa were also among the more than 500 in attendance, along with Eduardo Kucharski, Jaume Bassó and Angel González Adrio, members of Spain's national team at the first FIBA World Championship in 1950 and women's basketball legend Amaya Valdemoro.

They were joined by representatives of the participating team delegations – including head coaches of a dozen of the 24 teams - as well as members of the Spanish and foreign media.

Click here for the competition system and here for all the groups.

To the attention of media outlets

You can find photos of the Official Draw for the 2014 FIBA Basketball World Cup by going to http://photos.fiba.com/Default.aspx.
Use the log-in details below
Username: public
Password: gallery
and go into the folder 'Public Media Gallery'.
When you use the photos, please credit them as 'Photo: FIBA'. 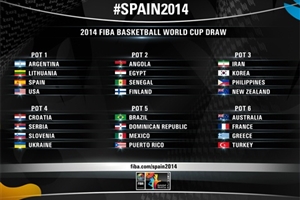