The FIBA Women's EuroBasket 2021 Draw took place at the Santiago Grisolia Auditorium in the City of Arts and Sciences in Valencia, Spain on March 8, 2021.

Former national team players Anna Montanana and Cathy Melain assisted with the drawing of the groups, representing the two co-hosts, while Spain legend Amaya Valdemoro was one of the presenters.

France and Spain had the right to choose a partner Federation to play in their respective country, with France selecting Belgium and Spain choosing Slovakia.

Belgium were drawn to a different group than France in Strasbourg by default as both countries shared the same seed. Meanwhile, Slovakia was automatically drawn to the same group as Spain in Valencia. 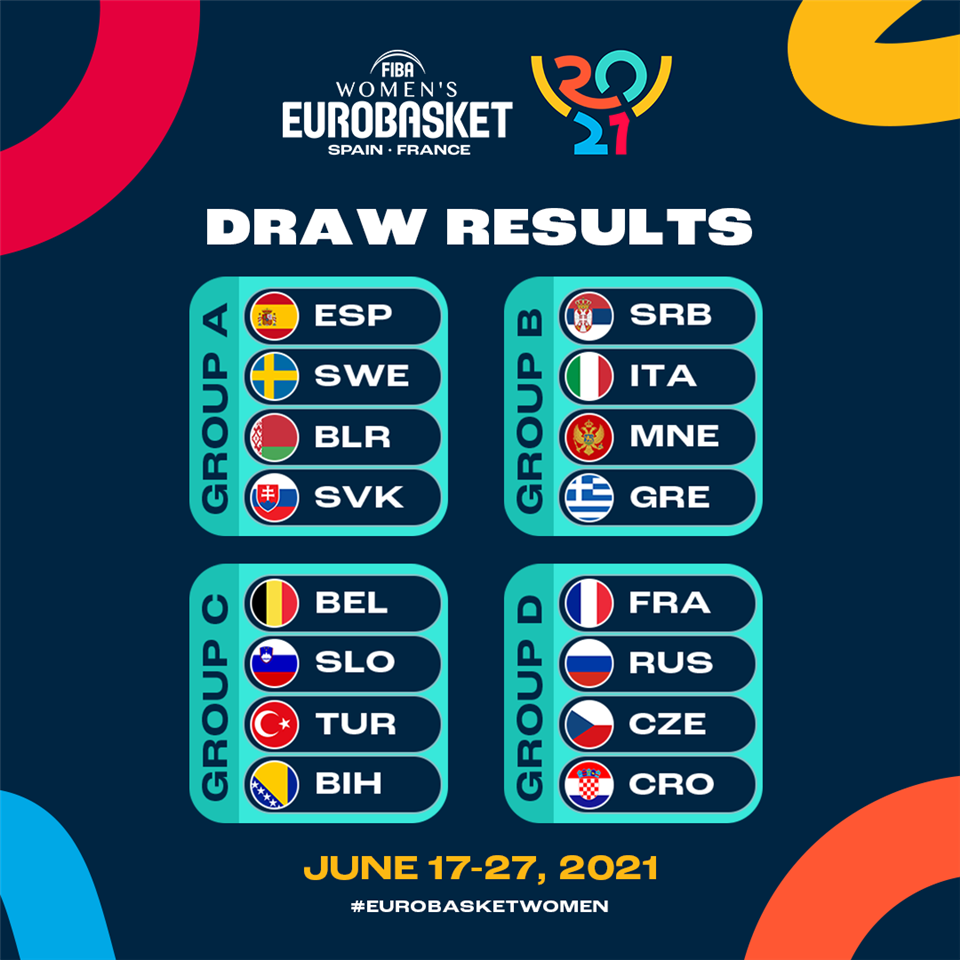 Teams drawn to Groups A and B will play in Valencia, Spain, with Group C and D action, including Qualification for the Quarter-Finals and the respective Quarter-Finals, taking place in Strasbourg, France.

The competition will conclude in Valencia with the Final Phase.

For more information on the procedure of the draw, please see the explainer below: