Line-up of the Century 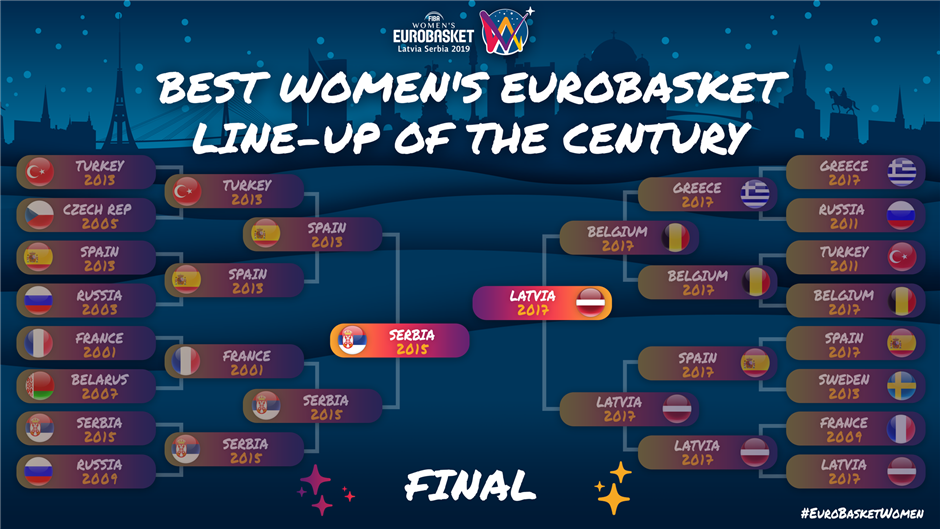 Fans joined us on social media to elect the best lineup of the century, voting the fantastic Serbia 2015 as the most exciting team to have taken part in FIBA Women's EuroBasket tournaments from 2001 to 2017.

The voting, held in multiple rounds, began in April and culminated with the Serbians taking the crown after defeating Latvia 2017 in the Final in June.

You have voted @KSSrbije 🇷🇸 2015 as the Best #EuroBasketWomen Line-Up of the Century 🏆🙌 !