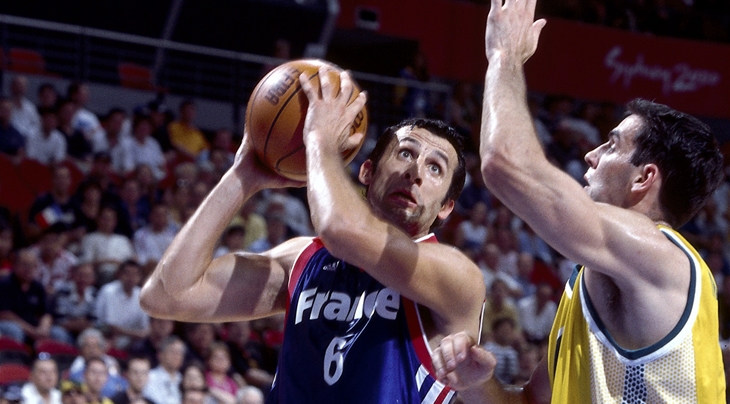 MIES (2015 FIBA Hall of Fame) - On Friday 17 July, FIBA announced the 2015 Class of Inductees of the FIBA Hall of Fame. In the lead-up to the Induction Ceremony taking place on 19 September in Lille, France, we profile the inductees.

It didn't matter what team Antoine Rigaudeau was on, or the competition he played in.

All eyes focused on him when he was on the hardwood.

He had a mix of charisma, skill and toughness that made heads turn his way.

And heads turned his way a lot, because Rigaudeau competed for many years in important games.

Having grown up with Cholet Basket, in the city of his birth, and been a part of that club from his boyhood years until 1995, he left for Pau Orthez.

He won the domestic league title with Pau in 1996.

The name Rigaudeau became synonymous with basketball in his country.

Next, he moved to Italy and became an important name in the sport there.

Virtus Bologna lured him to the country and not once, but twice the 2.00m guard won both the Italian championship and the Euroleague in the same season (1998, 2001).

Following his hugely successful spell in Italy with Virtus, where he also won the Coppa Italia three times and was a player in the All-Star Game on three occasions, Rigaudeau had a brief stint in the NBA with the Dallas Mavericks before returning to Europe and finishing his career with Valencia Basket in Spain's top flight.

He finished his playing career in 2005.

With France, Rigaudeau was a long-time player who got a chance to not only experience the Olympics at the 2000 Games in Sydney.

He excelled in the competition.

In one game against China, an 82-70 France victory that ultimately punched France's ticket to the knockout round, Rigaudeau erupted for 29 points.

Once in the Quarter-Finals, he shone again with 15 points and four assists in a 68-63 victory over a Steve Nash-led Canada.

Rigaudeau then helped Les Bleus reach the Final with 13 points in a 76-52 rout of hosts Australia.

Though France lost for the second time to the USA when they met in the Final, 85-75, Rigaudeau and his compatriots capped a magnificent Olympics by stepping onto the podium and having silver medals hung from their necks.

Rigaudeau played for France 128 times, with a third-place finish at EuroBasket 2005 in Belgrade his last competition with Les Bleus.

Not long after his retirement as a player, Rigaudeau said in an interview with FIBA.com that he saw his future in basketball.

"I played the game for 17, 18 years of my life and for sure, the court was a very important part of my life," he said.

He has remained involved with the sport since retiring as a player and is about to make his coaching debut this upcoming season after taking the helm of Paris Levallois in France's top flight. 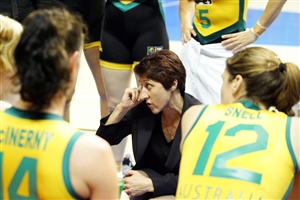