SHENZHEN (China) - FIBA has issued the procedure for the FIBA Basketball World Cup 2019 Draw, presented by Wanda, which will take place on Saturday, March 16, at Shenzhen Bay Arena at 18:30 local time (GMT +8).

Thirty-two (32) teams have qualified to play in the FIBA Basketball World Cup 2019. They have been distributed into eight (8) pots of four (4) teams each, based on the NIKE FIBA World Ranking Men.

As tournament hosts, China have the right to be placed in Pot 1. They are joined there by number 1 team in the world, USA, #2 Spain and #3 France.

The 28 remaining teams owe their places in pots 2 through to 8 to their position in the Ranking, with one exception.

A change has been made to avoid having two (2) teams from the Americas in the same group. As already four (4) of them - Dominican Republic, Puerto Rico, USA and Venezuela - will be drawn in Groups A, C, E and G, Canada have been moved from Pot 5 to Pot 6, switching places with Iran, the best ranked team from that pot.

In order to balance the quality of the groups - not only in the First Round but also in the Second Round of the Group Phase - the following will apply:

The FIBA Basketball World Cup 2019 Draw will be complete once all 32 teams have been drawn into the eight (8) groups and following the determination of their group number as well as the order of games for the Group Phase.

All eight groups have already been assigned to their specific host city:

Click here for more information on the competition system of the FIBA Basketball World Cup 2019.

The draw will be streamed live on FIBA's YouTube channel. 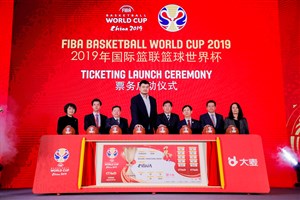 FIBA and Molten unveil next generation basketball, set for debut at World Cup in China 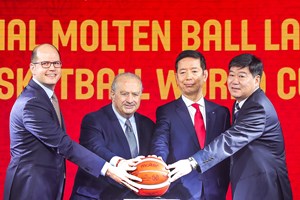