Playing in front of home fans, the Brazilian squad defeated Quimsa, 91-81, Saturday afternoon at the Carioca Arena 1 in Rio de Janeiro to win the 3rd Place Game of the 2021-22 edition of the prestigious international club competition.

Leonardo Costa’s squad was not only able to quickly recover from a tough semi-final loss to Sao Paulo on Thursday, but also a fast start from their Argentinean opponent.

Quimsa jumped to an early 11-3 lead by Davaunta Thomas and led 28-19 at the end of the first quarter.

In a barnburner where both teams shot above 52% from the field for the game, Sebastián González’s players had the hot hand early and did most of their damage from long distance.

Minas, however, never let their guard down and chipped away at the deficit before taking a 46-45 lead into halftime.

Guilherme Deodato was instrumental in keeping them afloat, scoring 16 of his team-high 24 points before intermission.

The 30-year-old forward carried Minas with a healthy diet of accurate outside shooting and flashy finished in the paint.

The cavalry arrived for Minas in the third quarter and the Brazilians enjoyed their best stretch in the game.

With Alexey Borges (11 points and 11 assists) running the offense to perfection, Gui Santos slashing to the cup and Renan Lenz providing plenty of spacing, Minas extended their lead to 11 points midway through the third quarter.

Renan had 17 points and the threat of his outside shooting opened plenty of lanes for him to cut to the basket:

The 19-year-old Gui Santos added 16 points, 5 rebounds and a pair of assists, while Tavario Miller (12 points and 11 rebounds) was key in winning the battle of the boards for Minas.

The Brazilians outrebounded Quimsa 36-25 and their 13 offensive boards translated to a 17-11 edge in second-chance points.

Minas also did a much better job guarding the perimeter in the second half, only allowing a pair of three-pointers in the last 20 minutes of the game.

Quimsa managed to get within 2 points with 4:15 to go in regulation on yet another bucket from veteran Reyshawn Terry.

The former UNC star led the Argentineans with 25 points on 10/14 from the field, but he could help his team overcome lackluster performances from Quimsa stalwarts like Eric Anderson or Franco Baralle.

Despite missing star guard Shaquille Johnson, the Brazilians’ 7-man rotation showed no fissures and even outran Quimsa – beating them 17-10 on fast break points.

Down the stretch, Minas showed the excellent mix of talent and poise that has turned them into one of the finest teams in the continent -- with another bronze medal to prove it. 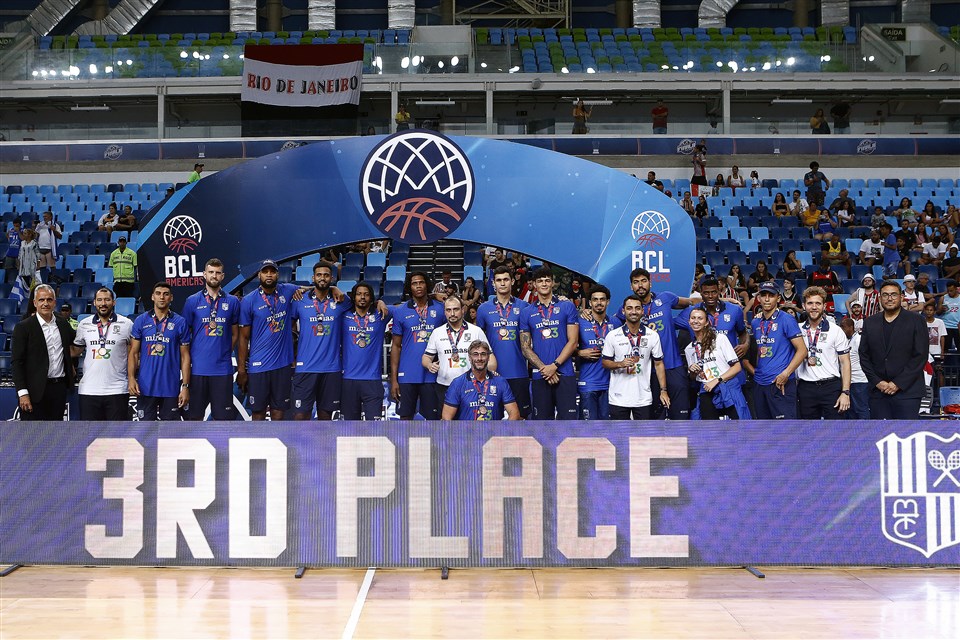 São Paulo and Bigua are one victory away from BCLA glory. Who will win it all?