One way street as Lithuania join the century club

DONGGUAN (China) - Lithuania started the FIBA Basketball World Cup with a bang, leading from start to finish in a comfortable 101-47 win over Senegal. But, coach Dainius Adomaitis will know that a tougher job awaits with Canada and Australia.

It was a colorful affair in Dongguan, with fans of both teams filling up the stands, and a large number of Lithuanians barely had a chance to catch their breath after singing the anthem, and it was already a 10-point game.

Turning Point: Tip-off. It was a one way street from the start of the game, as Marius Grigonis hit an and-one on the first play. Domantas Sabonis, Mantas Kalnietis and Jonas Valanciunas all joined the fun to make it a 13-2 game after three minutes, and Senegal never got closer than -9 after that.

Stats Don't Lie: Senegal were never going to be a shooting team, but shooting 1-of-23 from beyond the arc is way below anybody's expectations. There was a huge discrepancy in free throw shooting - at the end of the third quarter Lithuania had shot 28-of-31 from the charity stripe, a massive advantage over Senegal's 6-of-8 at that point.

Bottom Line: Coach Adomaitis will enjoy this game for two reasons. Firstly, because he got an easy win and was able to rest his starters. Secondly, a big win like this, with everybody contributing, will be crucial for confidence. And Lithuania will need confidence ahead of matchups against Canada and Australia in the battle for the Second Round and the first place in the group.

They Said: "We will never give up. We have a lot of respect for ourselves. We are professionals. Lithuania played better. They played a 40 minute game. We tried our best. I think that today, they (Lithuania) were the better team. It was a very tough game for us obviously but we have 3-4 games to go in this competition so we are looking forward to our next game." - Senegal center Youssoupha Ndoye

"We believe that everything is about concentration especially defensively. We need a great job from the first second until the last second. They are a very talented team and athletic too with very reputable names and preparation and we knew that. We play one game at a time. We are very happy with the win and I have full confidence in my players." - Lithuania head coach Dainius Adomaitis 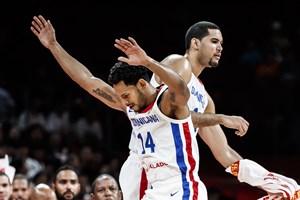 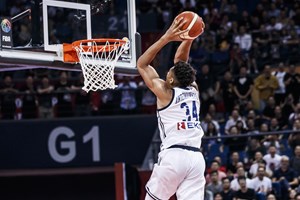