SHENZHEN (China) - Spain know they will have plenty of hurdles to clear to challenge for a spot on the podium at the FIBA Basketball World Cup yet they'll begin as clear favorites in Group C.

After a hugely impressive European Qualifiers campaign that saw Spain win 10 of their 12 games, the country on Saturday was drawn to face Iran, Puerto Rico and Tunisia in the Chinese city of Guangzhou at the start of this summer's 32-team tournament in China.

Jorge Garbajosa, who played for Spain's world title-winning side in 2006 and now serves as president of his country's basketball federation, spoke about Spain's opponents in an interview while en route to the airport after the draw in Shenzhen.

"It’s a draw that looking at it from a first glance would appear reasonable although we all know of the development in basketball in different countries that historically have not had so much potential but have grown a lot in recent years," Garbajosa said.

"The Puerto Rican national team play a happy basketball with several NBA players that could complicate a game for any opponent.

“After the Group Phase, provided we deserve to go to the Second Round, we would face top quality opponents that could hypothetically be Italy or Serbia, the latter a candidate to win it (the title)."

"THE SECOND PHASE IS GOING TO BE VERY COMPLICATED. WE WILL FACE ONE OF THE CANDIDATES (SERBIA) FOR THE VICTORY IN THE FINAL. "- Spain coach Sergio Scariolo

Serbia are familiar opponents for Spain.

The countries met twice at EuroBasket 2009, with Serbia winning the Group Phase game and Spain then prevailing in their title clash.

The following year at the World Cup in Istanbul, Serbia's Milos Teodosic hit a 3-pointer at the end to beat Spain in their Quarter-Final.

Spain coach Sergio Scariolo took over in 2009 and was at the helm of the national team for those meetings. He led the team through the 2012 Olympics and then after a two-year break, returned to guide Spain at FIBA EuroBasket 2015 and has been in charge every year since.

Serbia also fell to Spain, who were coached by Juan Antonio Orenga, in the Group Phase of the 2014 World Cup but then advanced to the Final before falling to the United States. The USA also defeated Serbia in the Gold Medal Game at the 2016 Olympics in Brazil.

Speaking to TV Cuatro from Toronto, where he is an assistant coach of the NBA's Raptors, Scariolo said:  "I put Serbia just a small step below the U.S. Knowing the opponent and the players, and from what I’m hearing that everyone wants to be a part of it, it appears to me a team of almost that level (of the US). Not quite, but almost."

Scariolo was keen not to dismiss Spain's first three opponents, saying it's "a group in which you don’t have teams that appear too complicated to beat, but it’s also a group where you have teams that you are not going to easily beat."

It's what comes after that clearly has his attention.

"The second phase is going to be very complicated," he warned. "We will face one of the candidates (Serbia) for the victory in the Final. We have to be ready in the second phase to face top opponents to reach the Quarter-Finals. Italy is going to be a good team. Philippines and Angola are something else. The strongest rival besides the United States, for me, is Serbia. And we will have it right there so we need to make sure that we are ready once we go past the group stage."

"It's clear that USA are firm favorites but it’s never good to think about them beforehand. We just have to follow our path, win our games and go as far as possible and try to fight for the medals."- Spain guard Sergio Llull

Speaking in the Spanish media, veteran Spain guard Sergio Llull talked about the two-time defending champions USA, whom he last faced in the 2016 Olympic Semi-Finals.

"It’s clear that USA are firm favorites but it’s never good to think about them beforehand," he said. "We just have to follow our path, win our games and go as far as possible and try to fight for the medals."

As for the first three opponents, Llull said: "We're in a good group and we have to try and win all of our games to finish first and head into the Second Round on the right foot." 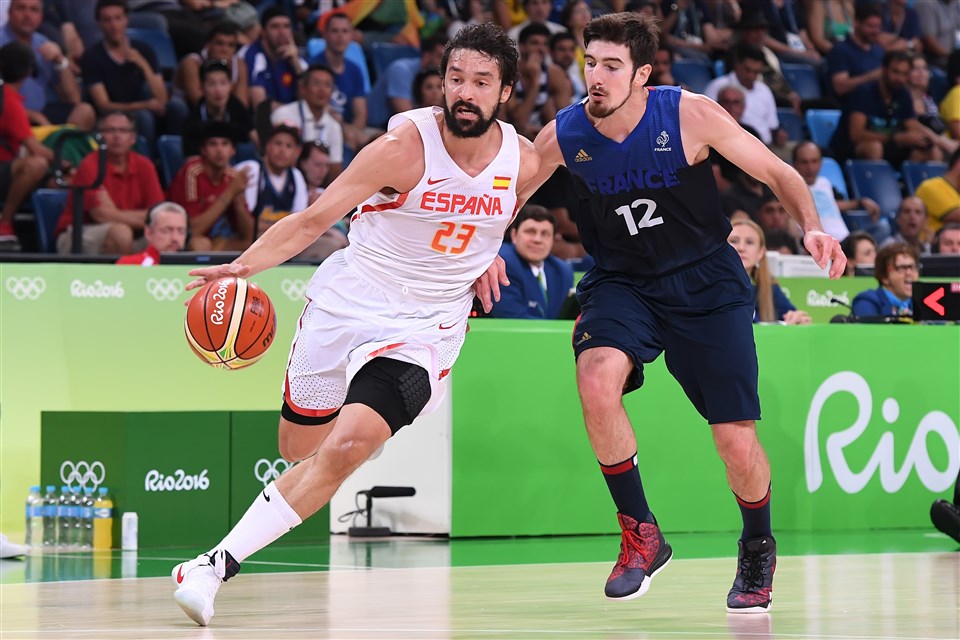 Garbajosa's final words probably summed up the feeling of everyone at his federation, and the team.

“We are very enthusiastic about this tournament," he said. "We are passionate about it. It’s going to be an extraordinary tournament." 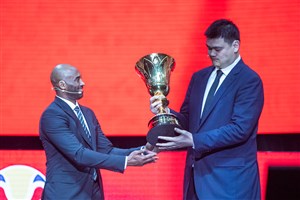 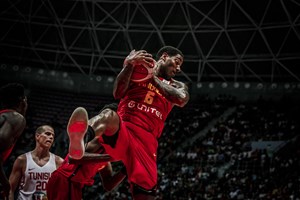