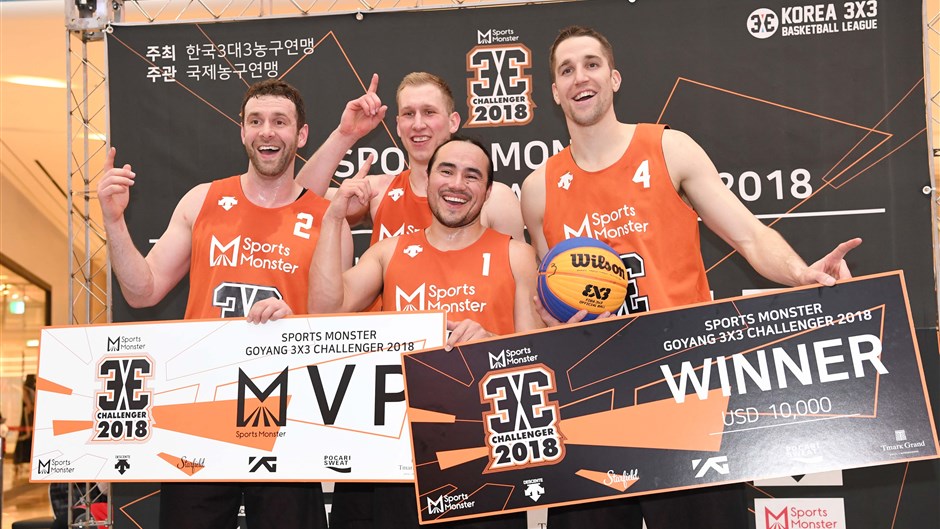 With the scored tied at 9-9 with 3 minutes to go, Saskatoon switched to 6th gear and finished on a 8-2 run.

Saskatoon captain Michael Linklater was named MVP of the tournament. He got plenty of help from sharpshooter Steve Sir and the latest addition to the team, Jordan Baker, who topped all scorers in Korea (34 points in 5 games).

Though Saskatoon reached the World Tour Final 4 times in 6 editions, won 2 Masters (Chicago 2014 and Lausanne 2016) and have consistently ranked among the best teams in the ranking, it is their first-ever Challenger title.

With this win, not only did Saskatoon get 10,000 USD, they also earned their ticket to the (home-based) FIBA 3x3 World Tour Saskatoon Masters, where they finished second last season and which will be staged on July 21-22.

Zemun (SRB) took home 6,000 USD and a trip to Canada as well. This means the number 2 team in the world is already guaranteed to play in 4 Masters this year. Thanks to their ranking, they were already given a wildcard to the Utsunomiya, Lausanne and Kuala Lumpur Masters.

The Serbian team was missing last year’s World Tour Final’s MVP Bogdan Dragovic, who tore his MCL in practice and could be out for 3 months.

Both semi-finalists Princeton (USA) and Riga (LAT) will join Saskatoon and Zemun since they had already earned their ticket to Canada (by winning the NBA Dew 3X Tour and thanks to a ranking wildcard respectively).