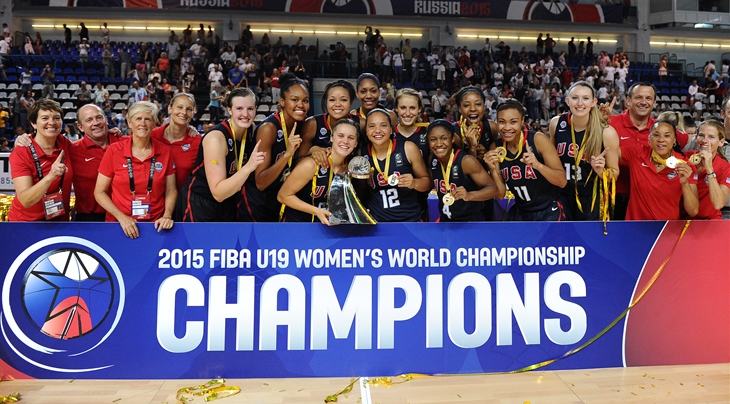 A'ja Wilson had 30 points to set a new record for most points scored in a game by a USA player in the competition. The USA have won the last six editions of the tournament dating back to 2005. By finishing second, Russia returned to the podium for the first time since 2001. Click here for the full game report.

Australia claimed the last step on the podium for a second time in a row after fending off a comeback by Spain to complete a 69-62 success in the Third-Place Game. Click here for the full game report.

Wilson was rewarded for her fine play in the Final and throughout the Championship by being named the Most Valuable Player, presented by Tissot. She headlined the All-Star Five and was joined by team-mate Napheesa Collier, Russia's Maria Vadeeva and Daria Kolosovskaia and Alanna Smith of Australia.

In the Classification Games, France held off Belgium 53-40 for fifth place, China cruised past Canada 67-47 to finish seventh, while Netherlands came in ninth after beating Brazil 83-72, Serbia saw off Mali 58-46 for 11th place, Korea grabbed 13th place with a 78-67 defeat of Chinese Taipei and Argentina defeated Egypt 50-43 for 15th place.

About the FIBA U19 Women’s World Championship

In the past, World and Olympic champions such as Diana Taurasi (USA), Lauren Jackson (Australia) and Janeth Arcain (Brazil), along with icons Celine Dumerc (France) and Lijie Miao (China), all made their mark in this tournament on their way to glittering international careers. More recently, Australia's Liz Cambage, the USA’s Breanna Stewart and Maya Moore - the MVP of the 2014 FIBA Women's World Championship - have each shined bright at the event. 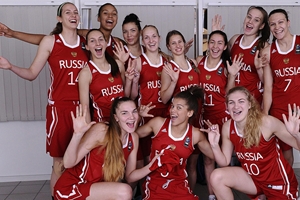 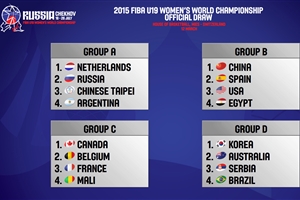 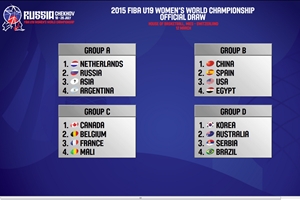