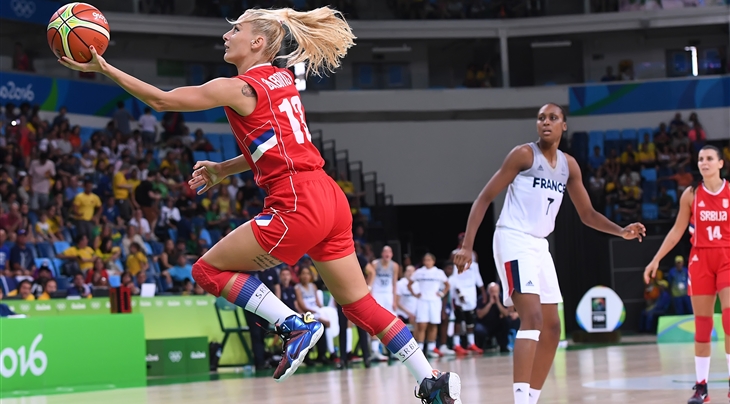 RIO DE JANEIRO (Rio 2016 Olympic Games) - Milica Dabovic is riding off into the sunset of international basketball after "a miracle" bronze medal winning performance by Serbia.

Having played at her first EuroBasket Women 13 years ago, it took more than a decade but the 34-year-old captain first helped her national side join the upper echelon of teams with a EuroBasket Women title in 2015.

Now, Serbia are going to stand on the Olympic podium. Dabovic, who played more than 21 minutes and scored 9 points, has decided to call it a day. 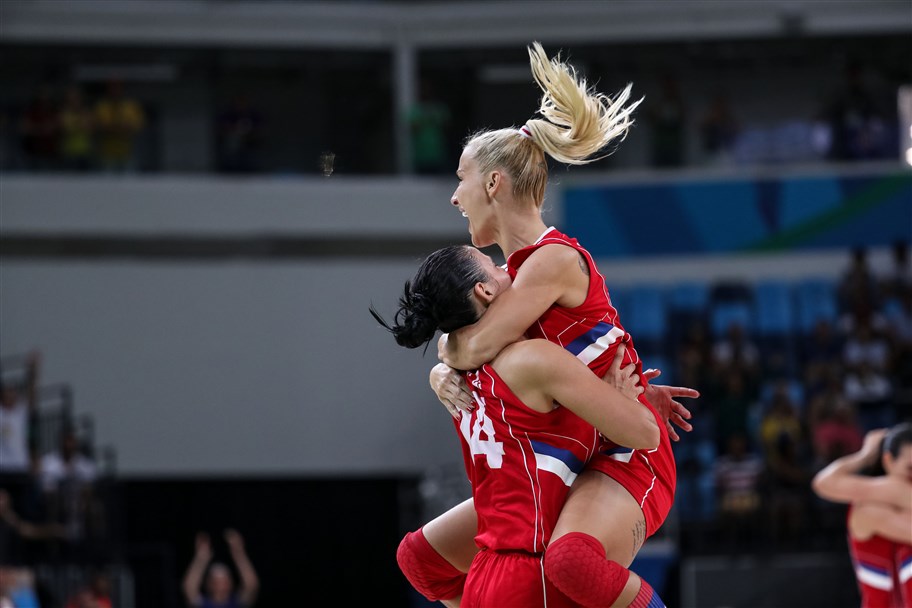 Full of emotion after her team's 70-63 victory over France in the Bronze Medal Game, Dabovic, the captain and older sister of teammate Ana Dabovic, told FIBA.com why she'd decided it was time to stop representing her country.

"I'm just tired of being under pressure," she said. "I will be 35, so I need to rest from the national team from this pressure.

"I've given my best, like I always do. Today, everything that I had, I put on the court. I knew this was our last chance to win a medal, so I wanted it so bad. It's the best way to finish."

"We are born like this. We are fighters. We have a big heart and we never give up." - Dabovic

When Dabovic first played for her national team, she represented Yugoslavia. The EuroBasket Women played in Italy in 2007 was the first tournament for Serbia as an independent state. They finished 11th.

Serbia did not begin to get excellent results, however, until EuroBasket Women 2013 in France, although even there they had their struggles.

The team lost its first two games that year in France and appeared to be headed for an early exit but then beat Latvia in their last game of the Group Phase and that triggered a five-game winning streak. The last of those victories, against Italy in the Quarter-Finals, clinched a spot in the 2014 FIBA Women's World Cup in Turkey.

After playing very well against the United States and going on to reach the Quarter-Finals before falling to tournament hosts Turkey in the Quarter-Finals, Serbia hit the jackpot. They travelled to EuroBasket Women 2015 in Hungary and Romania and won the title to qualify for the Olympics.

Now they have reached the podium in Rio de Janeiro.

"I dreamed about it," Dabovic said. "I believed in a miracle, so when I came here, I believed also. I said that 'If we deserve it, God will show us the way." He's with us always, so I just thank him for everything."

Serbia's women have been at their best when the guards and particularly the Dabovic sisters have wreaked havoc on defense. They show a real tenacity.

"We have four national teams (men's and women's basketball, men's water polo and women's volleyball) and all four are taking a medal (at the Olympics) so this is just how we are," Dabovic said of Serbia. "We are born like this. We are fighters. We have a big heart and we never give up."

If Dabovic and her teammates though it could not get any sweeter after 2015, they were wrong.

"This is amazing," she said of the bronze medal. "This is a miracle. I like this one more than last year." 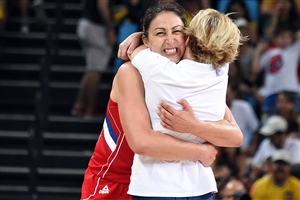 Milovanovic: 'This means the world to us' 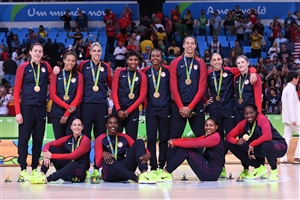