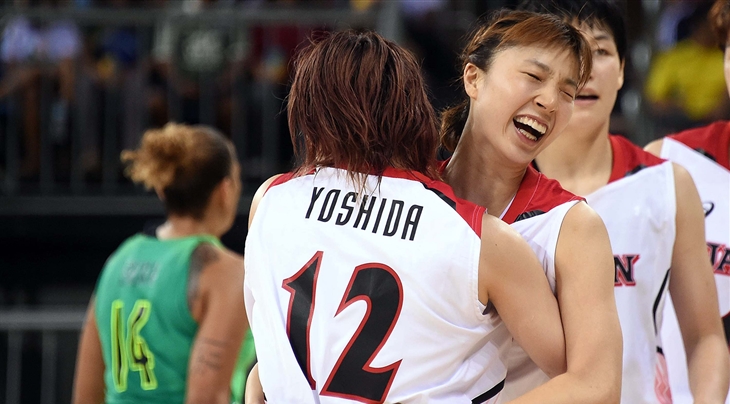 RIO DE JANEIRO (Rio 2016 Olympic Games) - Japan saw their Rio Olympics aspirations coming to an end in the Quarter-Finals against eventual champions the USA, but the Asia champions remain upbeat about their chances in four years time.

"We can build on that toward the next Olympics and take the next step.” - Utsumi

Had they beaten Australia in the Group Phase - in a game that they gave up a 16-point lead in the final quarter - Japan’s feat in the Final Phase could have been totally different, and they could have finished higher than an Eight-Place accomplished in Rio.

As well as stunning the basketball world through their fast-paced and long-range shooting style of play, the hosts of the Tokyo 2020 Olympic Games have plenty of reasons to remain positive.

Here's a textbook screen & roll off a fast break we're gonna use to show how awesome @japan is in an article pic.twitter.com/c9Kcemh02F

Japan competed in Rio with the youngest roster averaging 24.8 years of age, they beat two big European national teams (France and Belarus) and gained the admiration and respect from a team such as the USA.

JAPAN WOMEN'S BASKETBALL IS MY NEW FAVORITE TEAM EVER pic.twitter.com/NIJfGhwZzs

Although they returned home with a 3-3 record, Tomohide Utsumi’s team took a lot of positives from their first Olympics appearance since 2004.

“This tournament is a big step on the way toward Tokyo 2020,” Utsumi said.

“We were able to see that the Japanese style of playing can work against teams on the world stage. We can build on that toward the next Olympics and take the next step.”

“It’s a shame that we couldn’t finish a place higher in the standings, but we were able to beat European teams and that will place Japanese basketball in good stead.”

Shooting guard Mika Kurihara admitted they have done a lot better in Rio.

“We were unlucky that we met the Americans in the Quarter Finals,” she said. “But it’s also our fault because we started off really bad against Turkey and we couldn’t finish the game against Australia.” 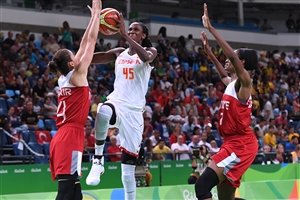