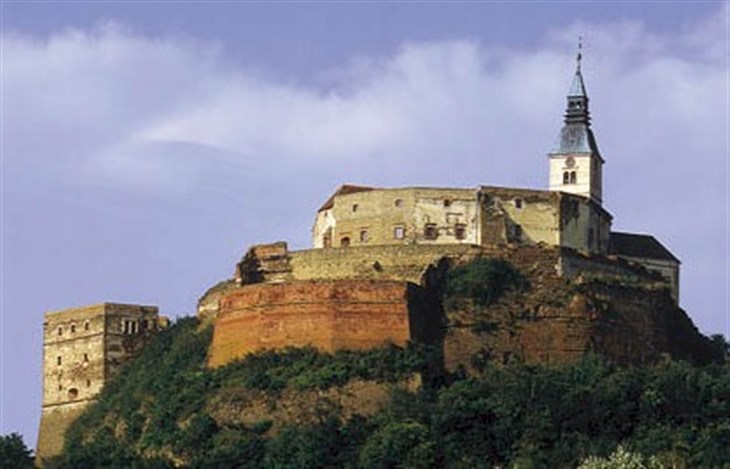 Gussing, the jewel of southern Burgenland lies nestled in the rolling hills, at the foot of the historic Gussing castle. Because of the mild climate and the attractive location, the lovely city of Gussing offers its residents a high standard of living. The small picturesque town with its 4,000 inhabitants offers many cultural sites as well as a good infrastructure which includes modern research facilities, a modern hospital and a fantastic sports and leisure center. Gussing provides attractive shopping opportunities to all and it is also the school district capital. Gussing is one thing...it is known throughout Austria as the Eco-city that covers most of their energy needs with renewable energy.

The landmark of Gussing is without doubt the castle. No matter which direction one approaches the city, the castle proudly welcomes visitors coming into Gussing from afar. The castle was first documented in 1157 and was built on an extinct volcano. The castle in Gussing is the oldest in Burgenland. After several changing hands of ownership, the castle finally came into the possession of the Hungarian magnate Batthyany family, which has shaped the castle and city substantially.

In recent years Gussing has made a name for itself because of its renewable energy efforts. This trend began in the early 1990s with energy conservation and the construction of a biomass district heating plant for supplying the heat of the city. The strategy was as follows: through the sustainable use of domestic resources for energy, depending on the one hand the nature of fossil fuels is reduced and secondly the regional value can be increased. This strategy worked out perfectly and is internationally known as "model Gussing".