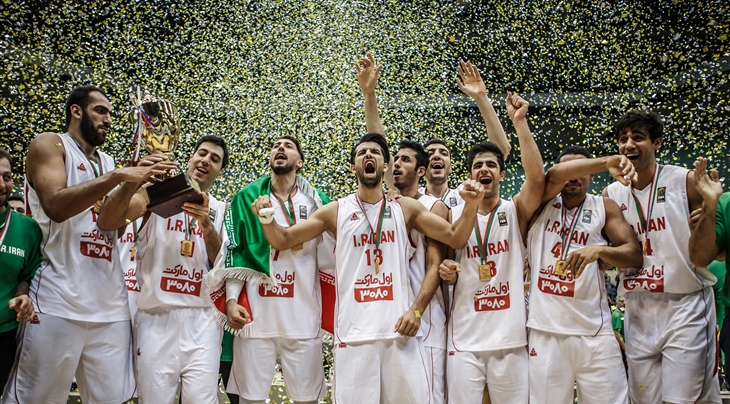 Rounding off the top five teams of the tournament were the Chinese, who turned back Japan in their classification game 75-67.

In the day's other classification game, India punched successfully above their weight and defeated Chinese Taipei, 80-68, to take seventh place.

Joining the five West Asian teams and four East Asian teams next year will be one team each from Central Asia, South Asia and Southeast Asia.

The Gulf sub-zone’s lone berth has already gone to Qatar after they won the GCC Championship earlier this year.

Australia and New Zealand, who hitherto were playing in the FIBA Oceania, will also debut in the FIBA Asia Cup next year. The host country rounds off the sixteen-team fray.

China are expected to enter the FIBA Asia Cup 2017 as the defending champions, while the Philippines and Iran, joined China on the podium last year in the FIBA Asia Championship in Changsha-Hunan, are also favorites.

The top 14 teams from the FIBA Asia Cup 2017 will automatically play in Division A in the 2017 FIBA New Competition System. They will be joined two additional teams that will be decided by FIBA's Asia Regional office.