The FIBA U17 World Championship legacy only dates back to 2010 but a number of past participants have already left a major mark on the game of basketball since starring in the competition.

Here is a run down of some of the top players who have wowed fans at the FIBA U17 Worlds. 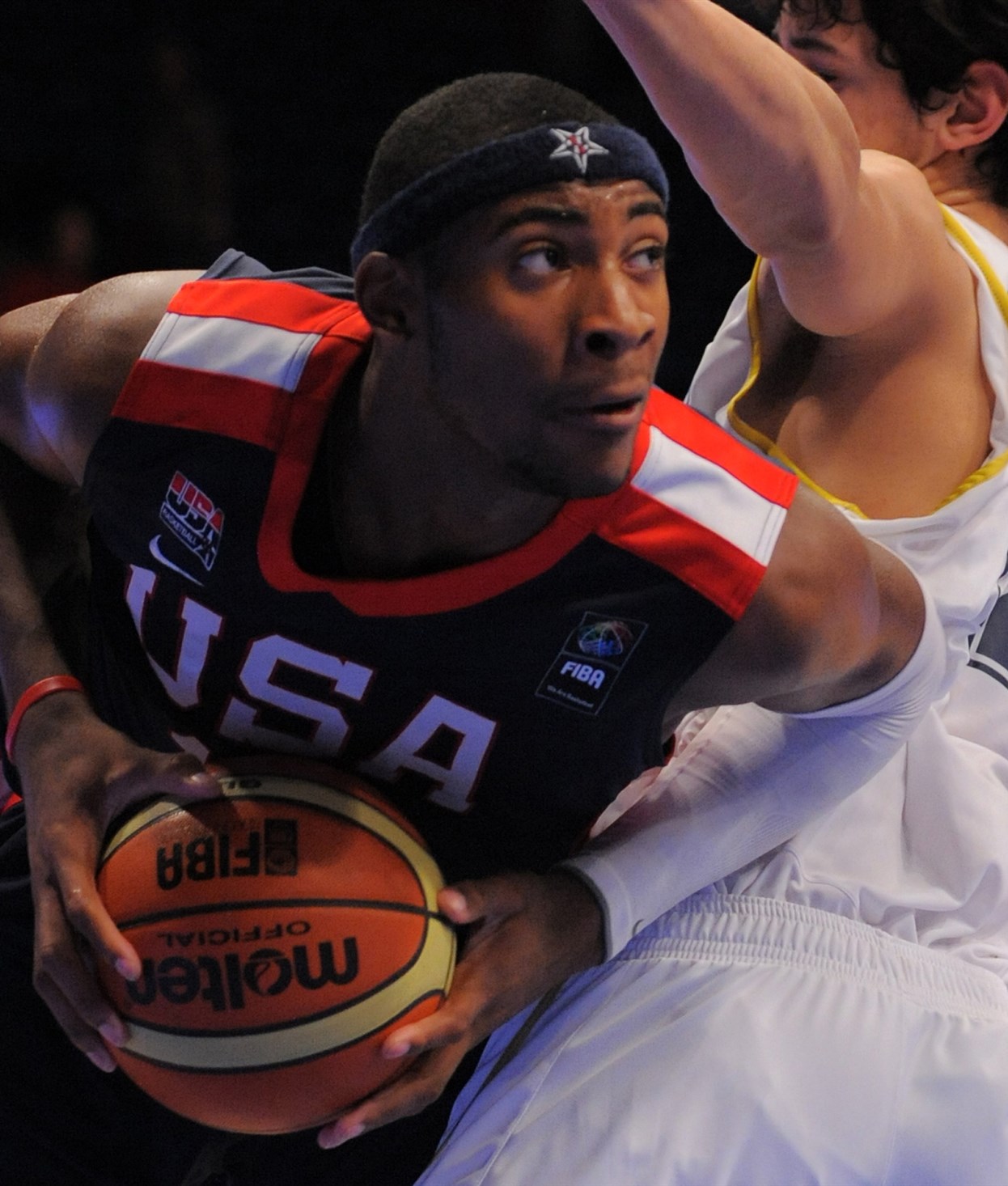 Drummond played a major role in the United States winning the 2010 FIBA U17 World Championship with 8.6 points, 6.8 rebounds and 1.6 blocks. Drummond spent one season at the University of Connecticut before declaring for the 2012 NBA Draft, where he was selected number nine overall by the Detroit Pistons.

The Mount Vernon, New York native averaged nearly 8 points and 8 rebounds a game in his first season with Detroit and was named to the NBA All-Rookie Second Team. In his second season, Drummond was named the MVP of the 2014 NBA Rising Stars Challenge. After that season, he was selected by USA Basketball to play at the 2014 FIBA Basketball World Cup and won the title.

His career hit another high point during the 2015-16 season when Drummond was named as an NBA All-Star for the first time. 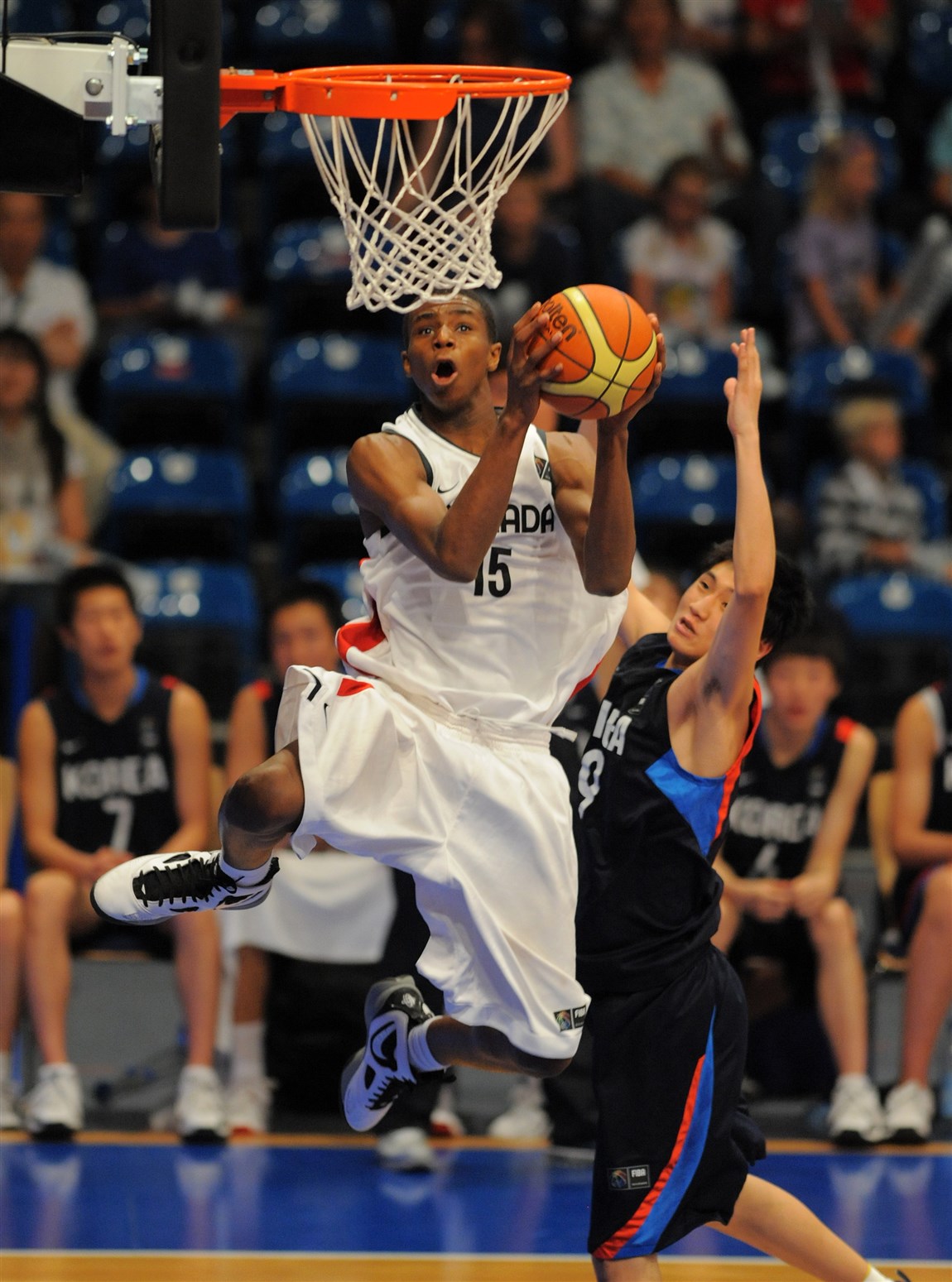 Wiggins was two years younger than the competition at the 2010 FIBA U17 World Championship, where he collected 8.1 points and 3.2 rebounds in helping Canada to third place. The son of former NBA player Mitchell Wiggins and former Olympic athletics sprinter Marita Payne-Wiggins, Andrew spent his only college season at the University of Kansas.

Wiggins was the number one overall pick of the 2014 NBA Draft by the Cleveland Cavaliers, who traded him to the Minnesota Timberwolves. The Toronto native was named the 2015 NBA Rookie of the Year and the MVP of the NBA Rising Stars Challenge.

Wiggins, who was named an All-Star during the 2015-16 season, made his Canada senior national team debut in 2015, helping Canada to third place at the 2015 FIBA Americas Championship. 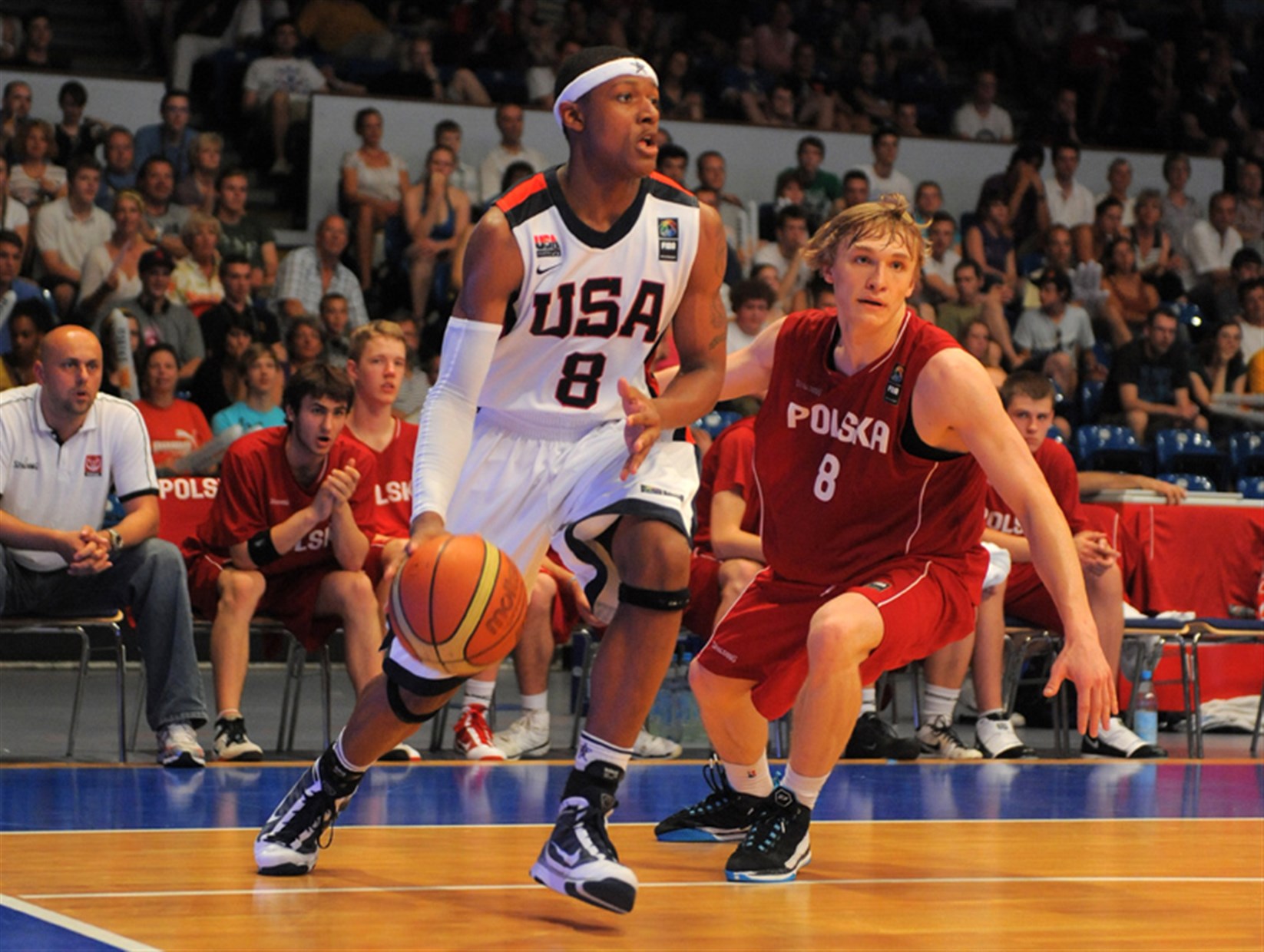 Beal was the MVP of the first edition of the FIBA U17 World Championship in 2010, averaging 18.2 points on 48 percent three-point shooting to go with 3.5 rebounds and 2.3 steals. After one season at the University of Florida, Beal declared for the 2012 NBA Draft, where he was drafted third overall by the Washington Wizards.

The St. Louis, Missouri native suffered an injury 56 games into his rookie season with Washington but performed well enough to make the NBA All-Rookie First Team in 2013.

Beal, who was in the running for the United States team for the 2014 FIBA Basketball World Cup, helped the Wizards reach the playoffs in 2014 - the first time the club went to the post-season since 2005. Parker helped the United States to repeat their title at the 2012 FIBA U17 World Championship, averaging 12.6 points, 4.8 rebounds and 1.0 blocks per game despite battling an ankle injury. After winning four straight Illinois state high school championships, Parker, the son of former NBA player Sonny Parker, spent his one college season at Duke University.

Jabari was named a consensus All-American and Freshman of the Year as well as runner-up for the John R. Wooden Award as college basketball’s top player.

The Chicago native Parker was selected number two overall in the 2014 NBA Draft by the Milwaukee Bucks. He played just 25 games during his 2014-15 rookie season before tearing an ACL injury in December and missing the remainder of the season. He missed the first four games of the 2015-16 season before coming back and being named to the 2016 NBA Rising Stars Challenge. 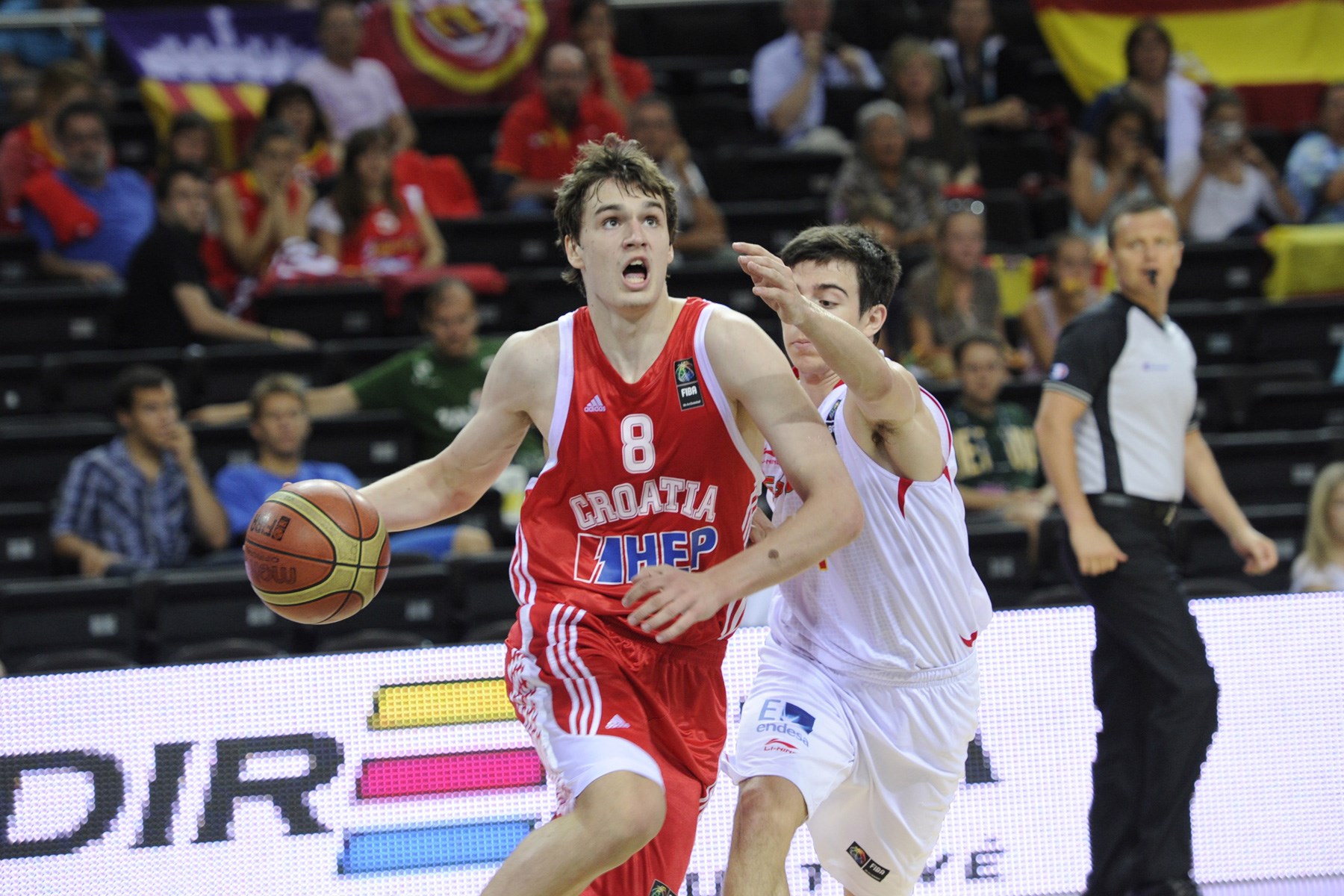 The Dubrovnik native signed with Spanish giants Barcelona in 2012. Hezonja played for Croatia at the 2014 FIBA Basketball World Cup and EuroBasket 2015. Winslow was selected to the All-Tournament Team as he guided the United States to an undefeated title at the 2012 FIBA U17 World Championship, where he averaged 9.9 points, 8.8 rebounds and 2.6 steals.

The Houston native added a second global title a summer later by helping the United States to the 2013 FIBA U19 World Championship crown. Winslow even followed up in the 2014 summer by taking first at the 2014 FIBA Americas U18 Championship.

Winslow’s 2015 saw him win the NCAA title with Duke University alongside of USA teammates Jahlil Okafor and Tyus Jones. Winslow was then drafted 10th overall in the 2015 NBA Draft by the Miami Heat and he scored in double digits in 15 games.

Exum was named to the All-Tournament Team at the 2012 FIBA U17 World Championship as he helped Australia to the final, averaging a team-high 17.3 points as well as 4.1 rebounds and 2.5 assists.

The Melbourne native also was picked for the All-Tournament Team for the 2013 FIBA U19 World Championship with 18.2 points, 3.8 assists and 3.6 rebounds.

Exum had a thrilling 2014 as he was first selected as the number five pick in the NBA Draft by the Utah Jazz. He then averaged 2.7 points, 2.0 assists and 1.5 rebounds for the Boomers at the 2014 FIBA Basketball World Cup. 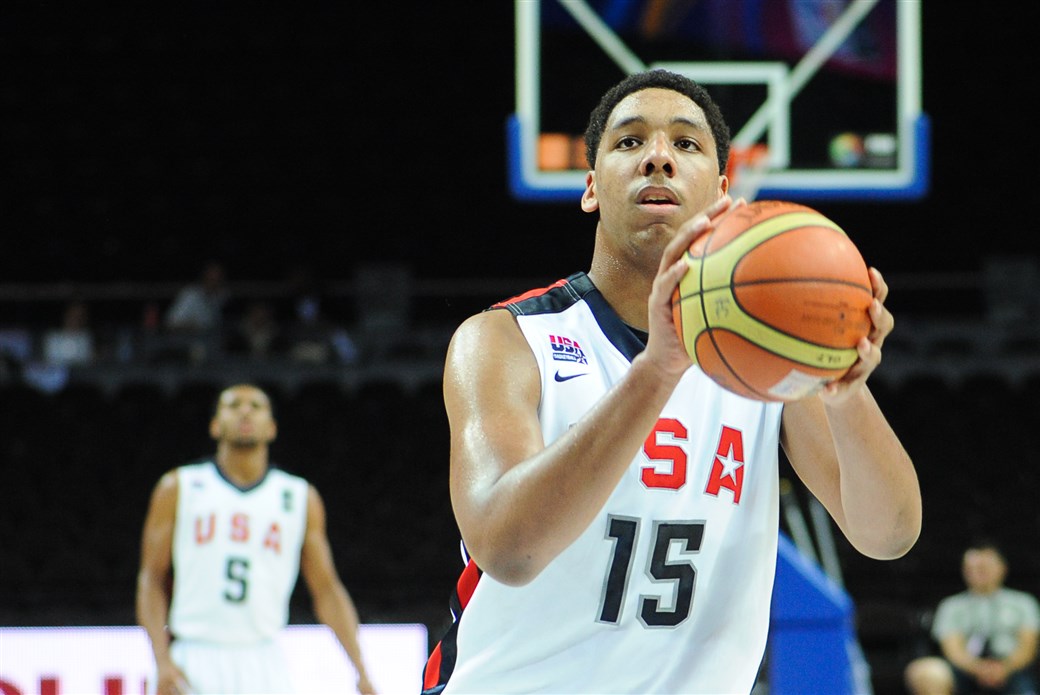 Okafor was named MVP of the 2012 FIBA U17 World Championship in helping the United States to the title with 13.6 points and 8.2 rebounds. Okafor spent his high school career in Chicago and then moved onto Duke University in 2014.

He added another youth title before heading to Duke by helping the United States win the 2013 FIBA U19 World Championship, being named to the All-Tournament Team. The distant cousin of Emeka Okafor then earned the status as NCAA champion as he teamed with USA Basketball teammates Justise Winslow and Tyus Jones in taking the 2015 NCAA crown with Duke.

Okafor was picked number three overall in the 2015 NBA Draft by the Philadelphia 76ers and played well despite the team’s poor performance. 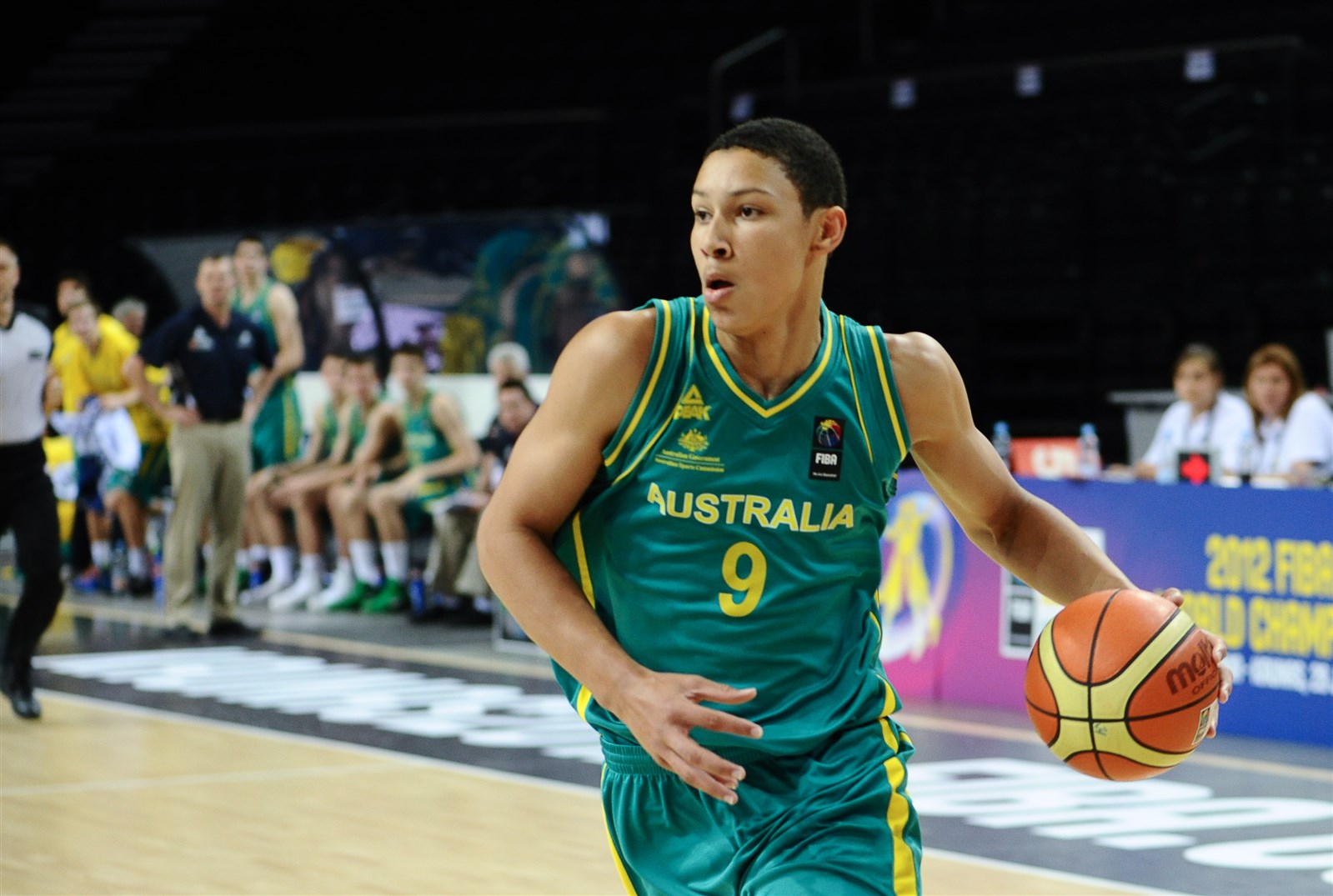 Simmons was part of the Australian team that reached the 2012 FIBA U17 World Championship final and lost to the United States. He averaged 9.0 points, 5.4 rebounds, 1.4 steals and 1.0 blocks.

In January 2013, the Melbourne native moved from Australia to the United States to play at Montverde Academy, where he won three straight US high school titles. During the 2013 summer, a 17-year-old Simmons made his Boomers debut at the 2013 FIBA Oceania Championship.

Simmons at times was dominant during his one collegiate season at Louisiana State University and is expected to be a top-three pick in the 2016 NBA Draft. 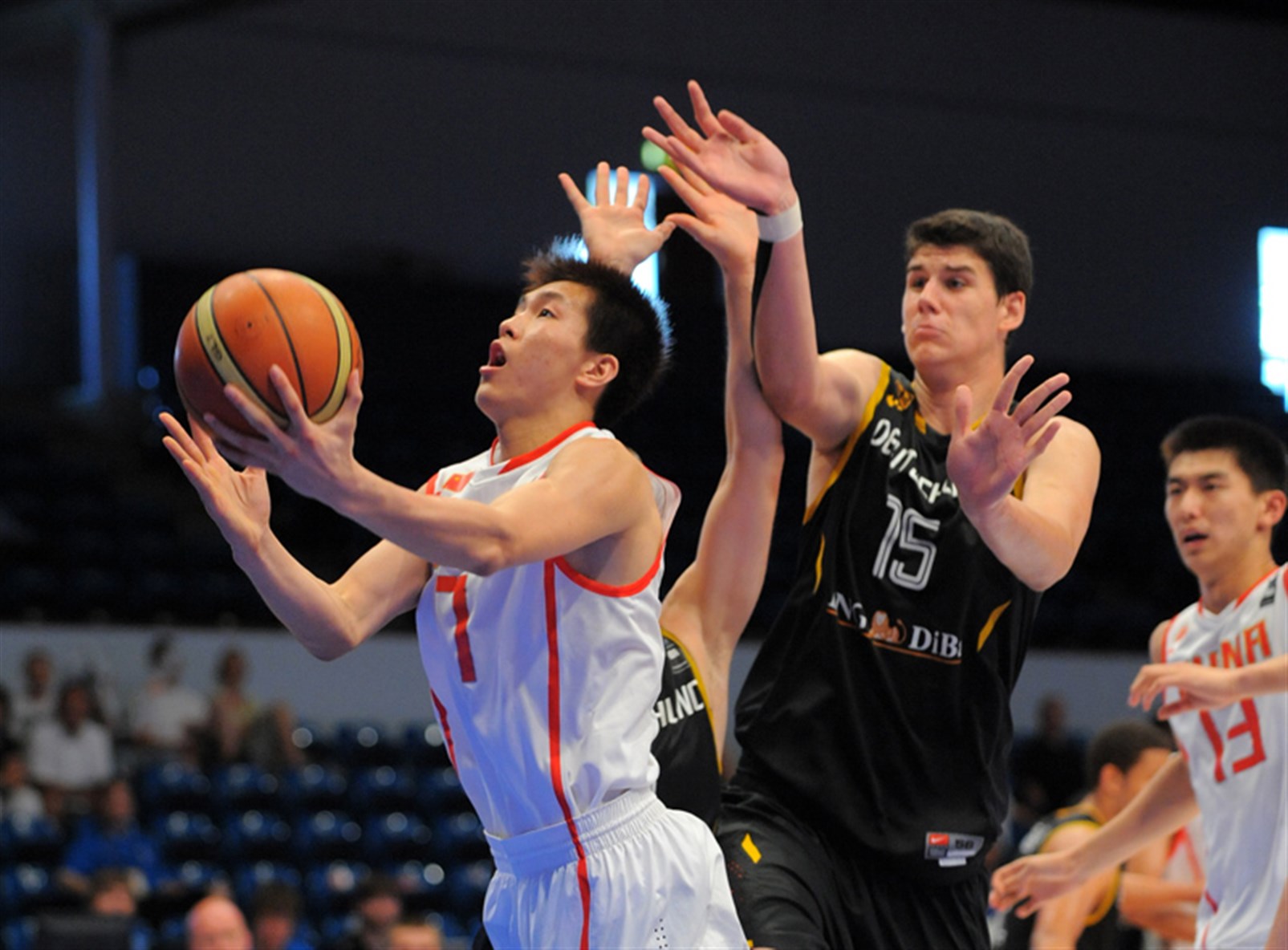 Guo captained the Chinese team at the 2010 FIBA U17 World Championship, where he scored a tournament-high 22.4 points to go with 5.5 assists and 4.9 rebounds. The Liaoyang native made his Chinese Basketball Association debut in 2010, averaging more than 10 points and three assists with the Liaoning Jiebao Hunters.

Guo, who has earned two CBA All-Star selections, also played at the 2013 and 2015 FIBA Asia Championships.