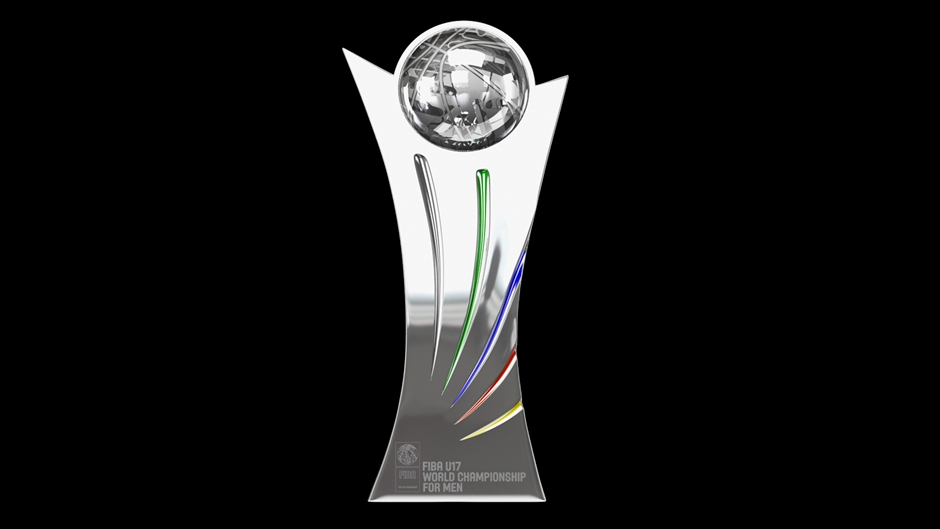 In 2010, FIBA decided to create a new line of trophies for its Youth World Championship events.

Following a pitch delivered by world-renowned designers and trophy makers, a British design house was commissioned to develop the trophies for the U19 and U17 World Championships for Men and Women.

“We are very happy to have such brilliant trophies for our top events in the youth categories,” he said. “They are a perfect symbol of what is to be expected at our Youth World Championships for Men and Women this summer – dynamism combined with elegance.”

The thought process that went into the designs of the trophies is as follows.

There are two versions of the trophy – a Men’s and a Women's. Both represent abstract versions of a hand grasping or reaching for the ball. Each trophy features a solid glass ball, etched with the basketball hand taken from the FIBA logo. The polished satin body of the trophy echoes the flowing lines of movement that is typical of the high-energy world of basketball. To further accentuate the flowing energy of movement and action, the curving grooves are filled with brightly coloured enamels – each colour representing one of the FIBA World Zones – to pay homage to the global reach of the sport and FIBA, its governing body. Finally, both the FIBA brand and the name of the trophy are deeply etched into the lower front face.

The trophies have been designed by a creative team led by Esme Sharples at the Works studios in Leeds, England. The original concept sketches were converted into 3D reality in the Works Motion Studio by CGI specialist Dan Jones and then made in the UK – directly from the 3D CAD models by a sophisticated 'Rapid prototyping' process known as Stereo lithography or SLA. The high tech process (sometimes known as 3D layering or 3D printing) uses computer controlled lasers which literally 'grow' the 3D object in a tank of photopolymer. After casting from the prototype, polishing, enamelling, engraving and the addition of the etched glass 'basketball' element - the final trophy is ready.

First and foremost, the trophies hold a symbolic value and are the just reward for teams that have achieved great success. Therefore it is hard to accurately estimate their real value. The production cost for each trophy, including a protective flight case and smaller scale replicas, was 35,000 Swiss Francs.

The original trophy will be presented to the winners after the gold medal game in Dubai. The team will be given a replica of the trophy to take home.