STRASBOURG / VALENCIA (France/Spain) - The FIBA Women's EuroBasket 2021 is now upon us and so it's time to check out the third and final volume of the Power Rankings.

Taking into account the second volume, along with the final rosters selected by each nation, as well as those last all-important preparation games, there are more ups and downs in the list. 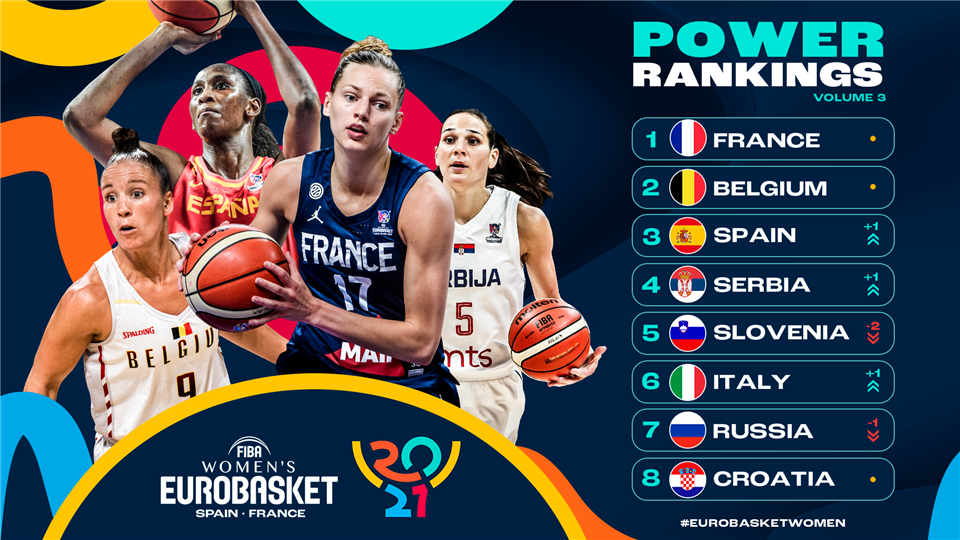 Nothing much has changed from what has already been said during the first two volumes. They are the strong favorite and have all the ingredients. If they don't win it this time around, there are absolutely no excuses and it would mean there would be at least 14 years without a title for France. That is unthinkable for a widely considered leading nation. Yes, the pressure is on, but seriously, it's time to get it done. It's their title to lose.

What a week it has been for the Cats. Positive results and then on review, changed into negative results. It's been a roller-coaster. But, at the time of writing at least, Belgium look set for a title push. And, with some of their rivals looking like they could be depleted, could they make history with a first trophy or Final appearance? They have the skills and personnel (even with the disappointment of losing Jana Raman to injury),  but do they have the courage and composure in the big moments and under intense pressure to get it done?

The general consensus seemed to be that Spain would make the Semi-Finals and maybe take a bronze - even without their experienced trio of Nicholls, Xargay and Cruz. However, the COVID-19 positive test result on star player Alba Torrens could have put this analysis in the bin - we will see. Either way, we should not rule out the fabulous Lucas Mondelo finding a way to still get his country onto the podium. Also, Astou Ndour might be able to find a high gear again, so it's hard to write off the co-hosts.. Spain still oozes quality and also have little to fear in the group stage.

It's tournament time and this has been when whatever has went before, it seems to bring out the best in Serbia. So, while preparation has been up and down, you have to back Marina Maljkovic to get it done if her past record is anything to go by. They will surely push hard for the podium with Sonja Vasic and Jelena Brooks to lead the way, Yvonne Anderson as the playmaker and many other excellent players like Tina Krajisnik and Nevena Jovanovic. While some new faces have been brought in, the same familiar faces will be out to deliver a familiar success. 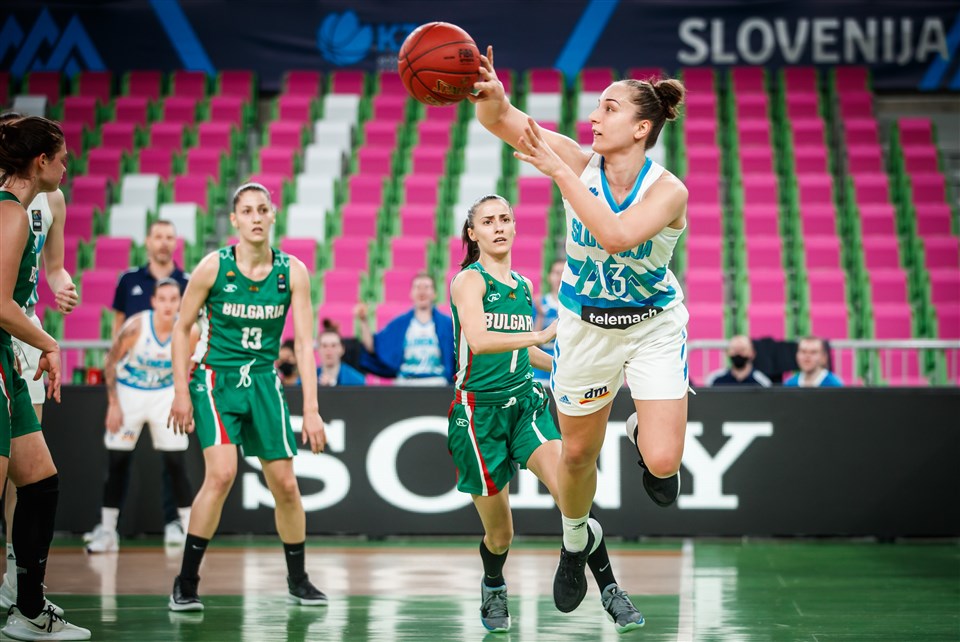 Don't be alarmed about a drop of two places. This is simply due to other movers and the fact that Slovenia got lots of wins in prep, but didn't have many top opponents. Still, remember that they are placed 5th and that would mean a place in the FIBA Women's Basketball World Cup Qualifying Tournaments. Not bad for a nation that has not even made a Quarter-Final at this event yet! What about the big news about co-hosting 2023? More fantastic recognition of their rise - just not in this particular volume of the rankings.

It is going to take a big effort from Italy to live up to this kind of hype. They have only made the top six of this tournament once in the past 25 years, which was back in 2009 in Latvia. However, after a great show against struggling Turkey last week and a nice mix of youth and experience, could this be the time for a strong tournament? Veteran playcaller Lino Lardo has done a great job and the coaching will be hugely importnant because Italy don't look capable of blowing teams away in reality. It could come down to some clutch moments. As ever, all eyes will be fixed on Cecilia Zandalasini.

How Russia perform is perhaps one of the biggest unknowns and most difficult to predict of any team that is competing. It's been a relatively successful period of preparation, with players like Nina Glonti and Aleksandra Shtanko showing there is more to the frontcourt than just the amazing Maria Vadeeva and Raisa Musina. We know Anastasiia Shilova can drive home the three-point daggers, but it could all boil down to whether a potential lack of depth and quality at point guard hurts them - or not. 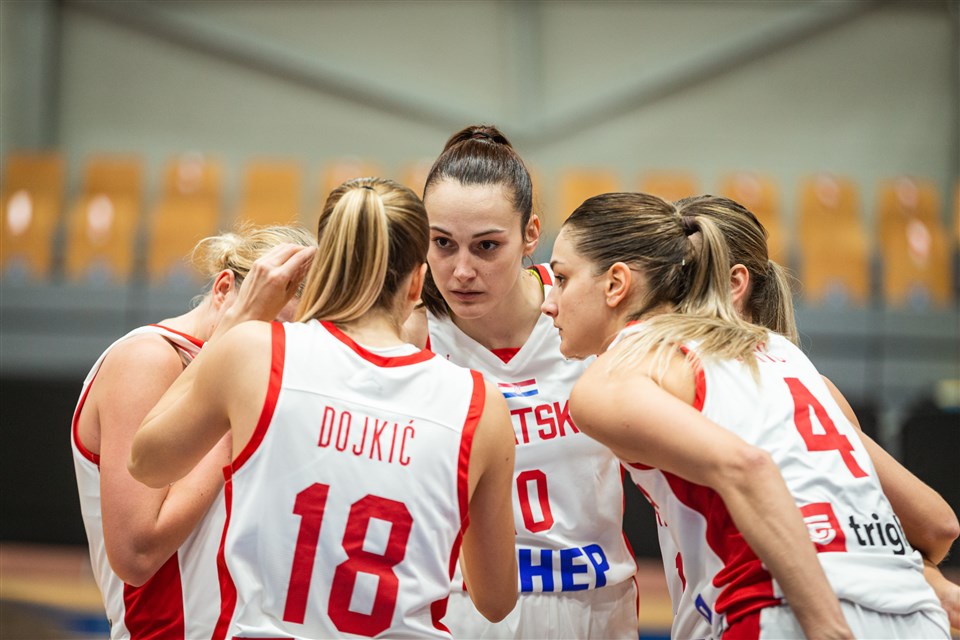 Croatia are riding a high after a great Qualifying campaign and preparation, but can they continue that momentum?

Having wrapped up a brilliant preparation campaign and with head coach Stipe Bralic having celebrated his birthday last week, there is an utmost feel-good factor in the camp. Croatia have an opportunity to enjoy their return and while they are still vulnerable to an early exit with their lack of depth, they can dream of the Quarter-Finals with some luck and their key performers still in good form. Plus so far, they have not missed the absent Marija Rezan, suggesting they may be able to cope without their star center.

The only nation to occupy the same position in all three volumes of the Power Rankings, will Montenegro repay that faith they can go beyond the first phase? The reason they have remained static is that nothing has changed. Their core is together, their frontcourt trio is strong and if the guards deliver, they could be seriously tricky to face. The big question is whether any of the supporting cast can contribute.

A third non-mover in a row, Belarus can probably think themselves lucky not to drop after losing twice to Russia since the previous volume. However, you have to favor them to not only defeat Slovakia in the first phase of the competition, but to also maybe take the scalp of Sweden. Their frontcourt duo of Anastasia Verameyenka and Maryia Papova in particuar should be excited to step out for that one.

Before anyone in yellow and blue gets too excited and the rest of the neutral fans scratch their heads, this modest upwards lift is because of the bad luck of group rivals Slovakia. While Sweden have their own absences and injury concerns, their opponents are in an even worse state. So Coach Crespi has to be confident of victory and will have to play a guard orientated, agressive style with virtually no experience at all in the paint. Can they make the shots they need in the competition? 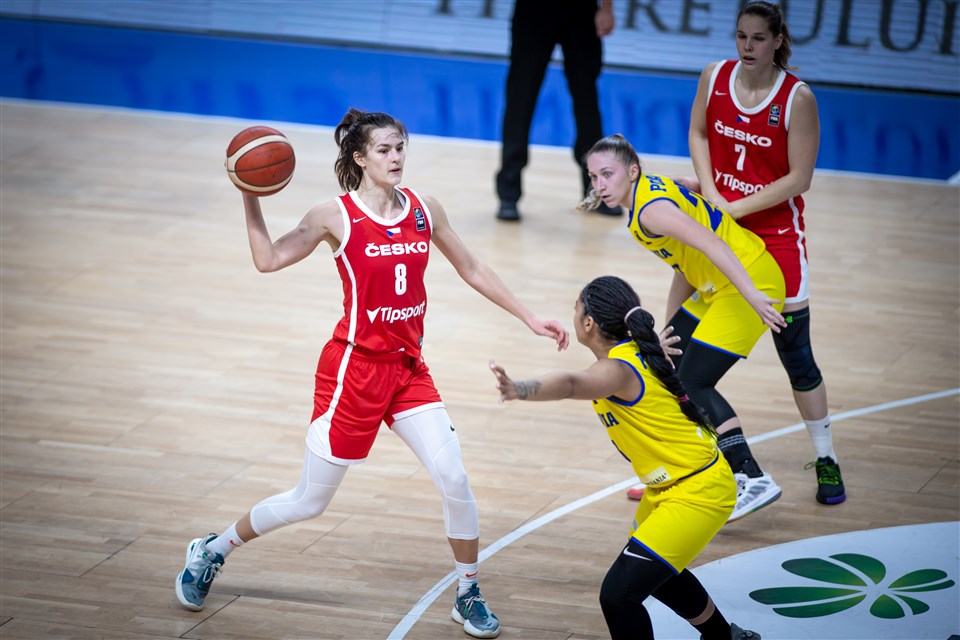 Will the likes of Veronika Vorackova step up for Czech Republic to give them the offensive boost they might need?

It's great to see some new players, younger players and multiple debutantes for Czech Republic. We are only guessing, but maybe head coach Stefan Svitek would prefer to see a few more experienced faces. The slight move down is that while they beat Slovakia in their last prep outing, their opponents were severely short-handed. Yes, the Czechs have the capacity to get some important wins and they will be determined to make this prediciton look like total nonsense with a more than achievable group win against Croatia.  Will they do it and do they have enough offensively?

This could be a case of astonishing misplaced confidence. But surely Bosnia and Herzegovina can push hard and maybe take that first win in 22 years when they face a Turkey in complete turmoil during the group phase. It will be fascinating because this group have not played as one unit together with Jonquel Jones for quite some time. They need to make it click from the get-go. But they just look and feel like a team who are waiting to pounce and do good things - even as an underdog.

It's tough to justify a modest increase of one place upwards you are all thinking - and you'd be correct. However, it's only because things are even more bleak for Turkey and Slovakia. Things look very bleak for Greece too. Offensively toothless during preparation, their limited offensive armory just lost one of it's few effective weapons after Eleanna Christinaki sustained a serious injury. Without her, it's going to take some epic team defense to have any chance of winning games. Greece have got to keep these games ugly. In fact ugly might be too good, what's even worse than ugly? 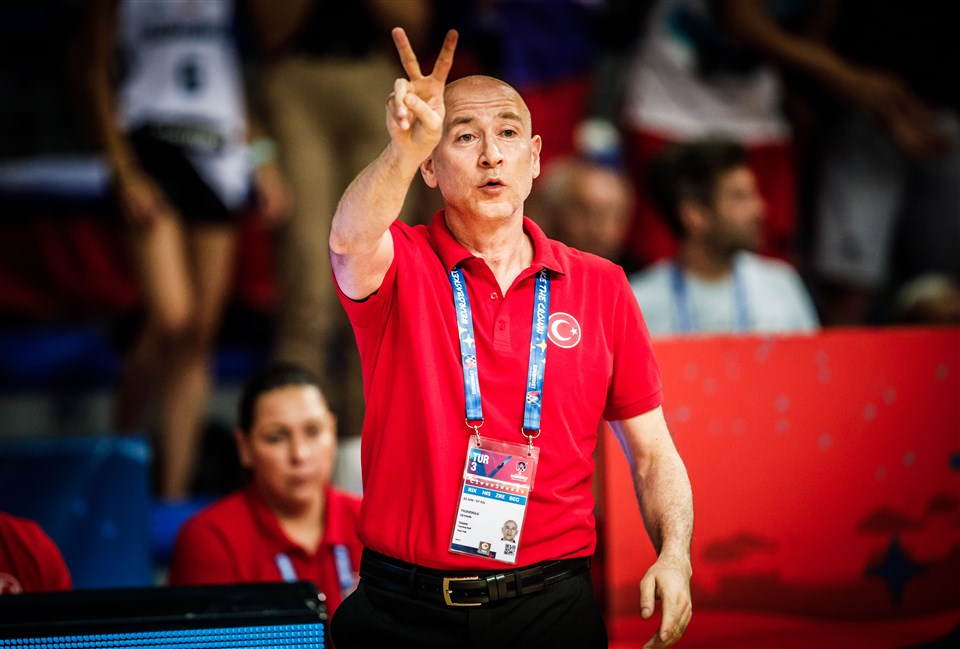 It's going to be interesting to see how Turkey cope. They were apalling last week when routed by Spain and Italy. Yes, they could very well beat Bosnia and Herzegovina and advance past the Group but even if that made this prediction look foolish, they would need to have permission to play both Kiah Stokes and Quanitra Hollingsworth to make any kind of deep run. And, that obviously can't happen. They look set to be a pale shadow of the glory days and I have been warning about this decline for many years and that too many Turkish players are under-cooked from a lack of club court time. And that increase of one place is only because of Slovakia's troubles or they would still be rock bottom!

It now seems like a long, long time since the sheer emotion and joy of that win in Netherlands last February when they booked their ticket to the event. Sadly for the Slovakians,  things have went horribly wrong and already without several key performers, their campaign looks doomed before it begins after captain and heartbeat of the team Barbora Balintova went down injured. Without her, even staying competitive looks like mission impossible. Not good.

*The power rankings are entirely subjective and are in no way a true, accurate ranking system. All comments are purely those of the author.

The FIBA Women's EuroBasket 2021 Power Rankings are put together by our panel, led by FIBA's women's basketball specialist Paul Nilsen. He eats, sleeps and breathes female hoops and is incredibly passionate about the promotion of the women's game at all levels. Paul uses an extensive network of players, coaches, clubs and Federations to shape his work and opinions. 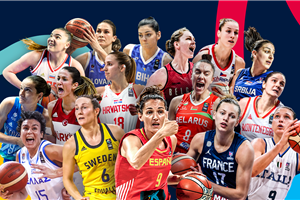 Everything you need to know about the FIBA Women's EuroBasket 2021

Quiz: Can you name every country to win a FIBA Women's EuroBasket medal? 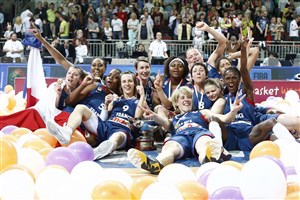