STRASBOURG / VALENCIA (France / Spain) - With less than a week to go until the FIBA Women's EuroBasket 2021 swings into action, it's time for our expert panel to step out and boldly make their predictions.

In celebration of female commentators playing a leading role at FIBA's Continental events, we've turned to the trio of Shona Thorburn, Azania Stewart and Tereza Brantl-Budd to tell us how they think the tournament will pan out.

Shona Thorburn is a two-time Olympian with Canada and was assistant coach last season with EuroLeague Women side Basket Landes who were crowned French champions. Azania Stewart is an Olympian with Great Britain and has played at multiple editions of the FIBA Women's EuroBasket. Tereza Brantl-Budd was the captain of Czech Republic when they won the FIBA Junior World Championship in 2001 and has played in various European leagues. 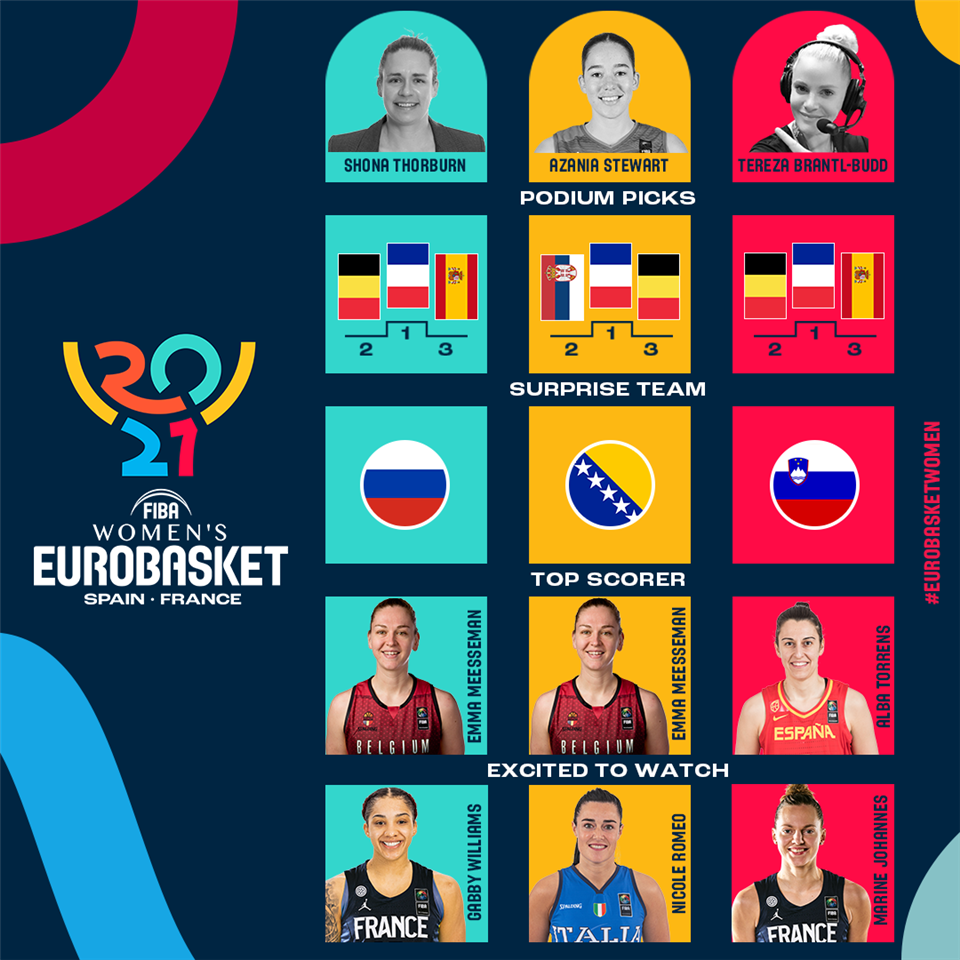 Who is going to win it all and what will the podium look like?

Shona Thorburn: I think France will finally see themselves at the top the podium for the first time since 2009. With the depth of talent France has, I think it would be a big disappointment if they aren't lifting the trophy on June 27. Since jumping on the scene in 2017 with a bronze medal and proving they can compete with the big guns in tournaments past, I think Belgium are going to make a run to the Final (where anything could happen). I know it's not the typical Spanish team we are used to seeing, but they still have veterans who know how to win and some big-time younger talents who what to make a name for themselves. You can never count Spain out and I have them on the third podium step.

Azania Stewart: I'm going for the French mademoiselles since they finally have all their big guns healthy and have the firepower to overcome the senoritas of Spain. Even though I have a love-hate relationship with the French national team (from my experience at the 2012 Olympics) I can still always appreciate the world-class talent and performance they always put forward. I am also going for Serbia to make the Final and Belgium to finish in third place.

Tereza Brantl-Budd: I see France able to grab gold more than ever. They are well balanced and experienced in every position mixed with some talented young guns. They have really good depth in their bench, with Gabby Williams adding to their frontcourt rotation. They have the legendary Sandine Gruda and Marine Johannes is playing every year with bigger confidence. The experiences from the previous four finals mean they have the hunger to turn silver into gold.

Belgium grabbing silver would be well deserved for them after being unbeaten in Qualifiers and playing such an exciting style of basketball. They work like a well-oiled machine offensively and defensively, led by a great coach in Philip Mestdagh. With Julie Allemand on point and Emma Meesseman in the frontcourt, along with great shooters on their roster, Belgium is definitely capable to make it a really exciting Final to watch.

Spain will not have an easy job this year with the absence of some key players, but I still believe they have enough quality and experience in every position (Palau, Torrens, Ndour for example) to grab a bronze medal and especially as the home nation. Lucas Mondelo has been there and done it all before and I think he will do it again. They will use their great defense to put teams under the pressure. Plus, they will use their legendary energy, winning mentality together and quality to win games.

Russia have not got near the podium in the last decade since winning it in 2011. Are they ready to be a force again?

Which team do you think could be a dark horse and post some surprises?

Shona Thorburn: I think many would agree that since 2011 when they won the title, Russia has underperformed at the event. With such a rich history in women's basketball, having one of the strongest domestic leagues in Europe and with the success of winning gold during 2017 at the FIBA U19 Women's Basketball World Cup, it's now time to prove that they can become a powerhouse in Europe again.

Azania Stewart: Bosnia and Herzegovina is my surprise team as they have a cheat code in Jonquel Jones. She has really elevated the team to the level they need to compete at the Women's EuroBasket. Plus, they really are the new ladies on the block, so the sky is the limit for them.

Tereza Brantl-Budd: Props to Slovenia as I've always been a fan of this team and their smart style of play. They had great Qualifiers, not losing a game and have a well experienced backcourt with Nika Baric and Teja Oblak - players who read the game amazingly well. With Eva Lisec in the frontcourt being such a power at both ends of the court along with Shante Evans, I am really looking forward to seeing them, since I think their goal to be top six is quite realistic. 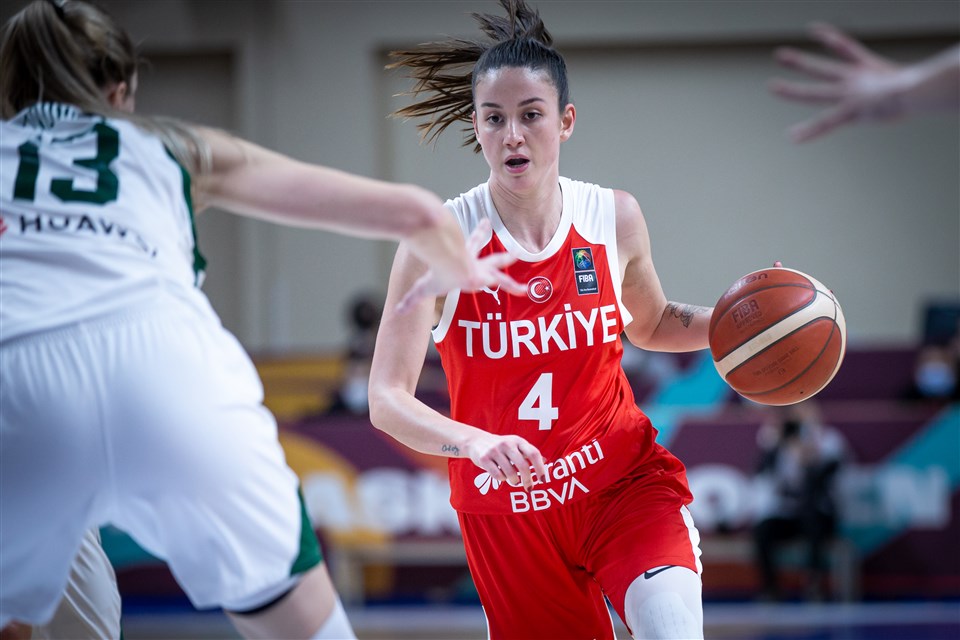 Are Turkey going to struggle because of their pre-tournament form and multiple absences due to injury?

Which team are you worried about and think may struggle?

Shona Thorburn: They barely qualified and at the time of writing, have only taken one win over Belarus in preparation games. Let's see how their next friendly games go, but I fear it could be another tournament to forget for Turkey.

Azania Stewart: This question I don't really like to answer because everyone at the tournament should be worried. This is what I love about the Women's EuroBasket - anyone can win on any given night.

Tereza Brantl-Budd: Even though they have qualified for the event, I don't think they have enough firepower and intensity to succeed this year. The preparation games reflect that this tournament might be a little too much for them. I don't think they will be able to offensively deal with the defensive pressure of the other teams. Plus, they will really have to manage personal fouls to be able to compete in the games. 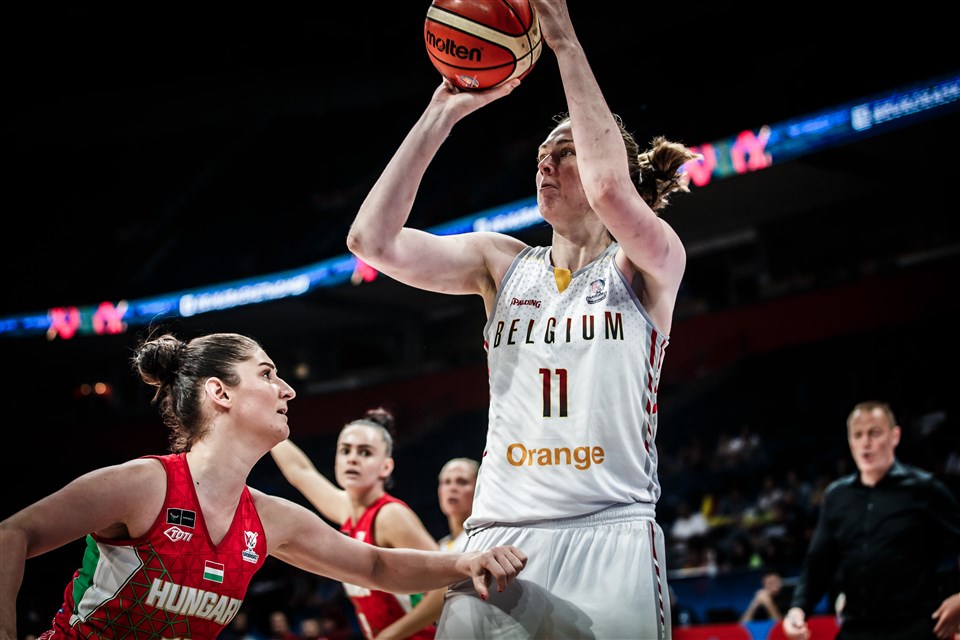 Who do you think will be the top scorer in the tournament?

Shona Thorburn: Emma Meeseman is one of the best players in the global game! Her team will need her to put up big numbers if they want to make a push towards the podium. It also doesn't hurt that she has one of the best point guards in the game passing to her in Julie Allemand.

Azania Stewart: Emma Meesseman because she is a silent assassin. She always does her job in terms of getting Belgium a clutch bucket in crucial times. She will play both ends of the floor extremely hard and just leads by example. She is one of my favorite players to watch and no doubt will do great things at this Women's EuroBasket.

Tereza Brantl-Budd: Alba Torrens because Spain is missing the trio of Xargay, Nicholls and Cruz. She knows she will need to be the main scorer of her team to take Spain to the medal games. She has already proved during prep games she will be the one. The 2017 MVP is such a quality and experienced player with great size at her position. Also her athleticism and basketball IQ allows her to successfully deal with the defensive pressure teams will put on her. She brings leadership and heart into the game and she loves to perform at the biggest events. 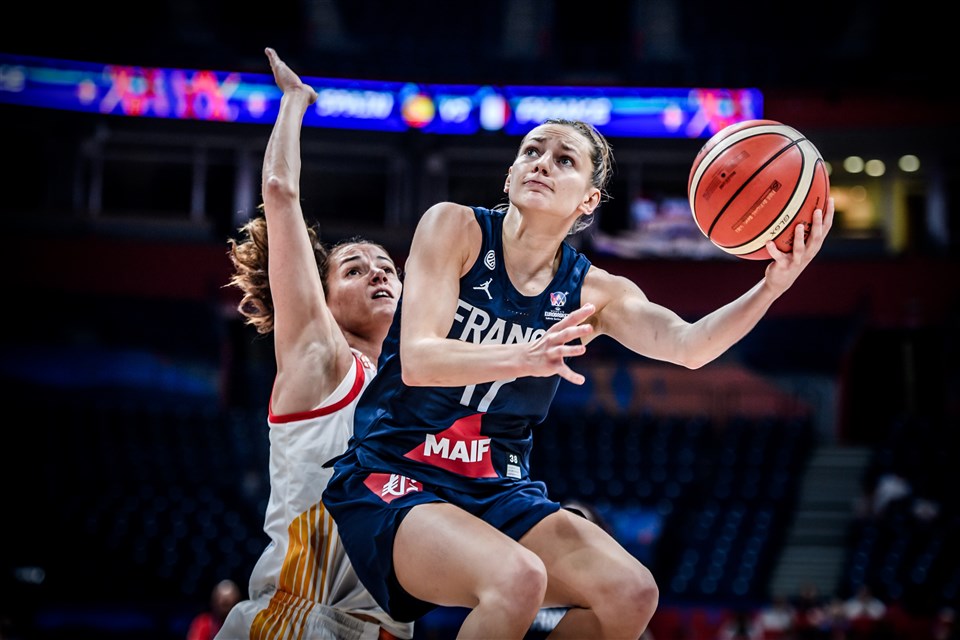 Which player are you most excited to watch at the tournament?

Shona Thorburn: I'm really excited to see what Gabby Williams can bring to France. How will she adapt and integrate into the team, how will Coach Garnier play her and what kind of freedom will she be given on offense?

Azania Stewart: Nicole Romeo from Italy. I am most excited to watch her because I think she is the most underrated point guard out there. I've seen she has put in a lot of work off the court which is given her a tremendous amount of confidence and is showing on the court for the Italian team. She has insane handles and a high IQ. There isn't much she can’t do.

Tereza Brantl-Budd: I am really looking forward to watching Marine Johannes. She plays such fun and attractive basketball and I think as a player, she is growing and maturing like a fine wine. She is boosting her confidence every year and with every game played, she seems to be enjoying playing even more. The skills that she is playing with is simply something young players should watch. Plus I'd like to see her finally smile when France (based on my prediction) lift that trophy above their heads on the podium! 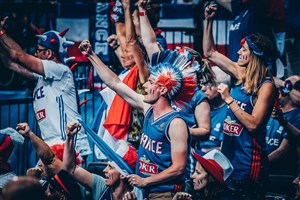 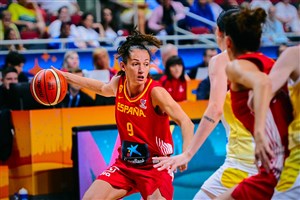 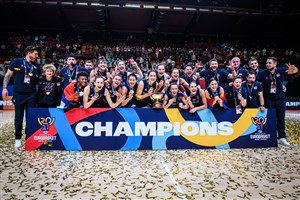