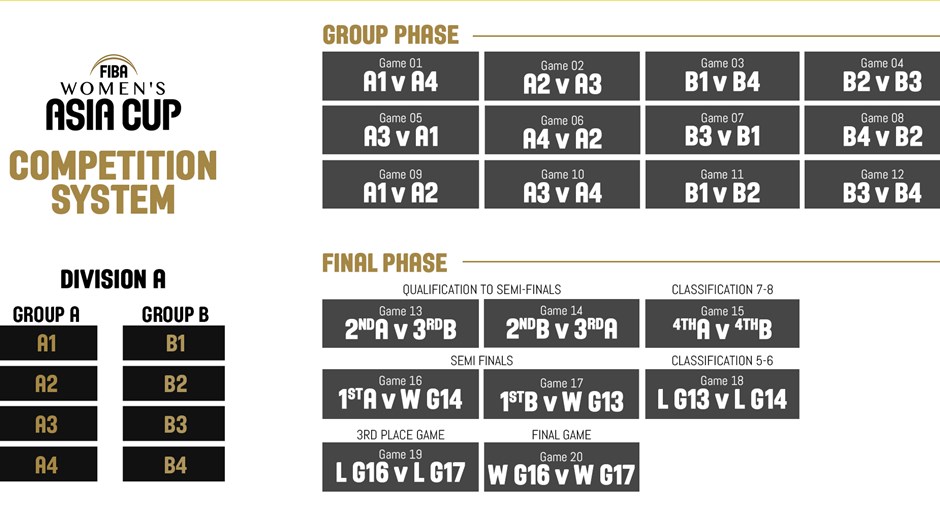 The same teams from the FIBA Women's Asia Cup 2019 will participate in the 2021 edition in Amman, Jordan. As Divison B was not organized in 2019, the team finishing in the last position in Division A was not relegated to Division B, instead stayed in the top division for the 2021 edition.

Group Phase
The eight (8) participating teams are divided into two (2) groups (A and B) of four (4) teams each. Each team will play against all other teams in its own group (a total of 3 games for each team).

Final Phase
Teams topping their groups will advance directly the Semi-Finals, while teams finishing second and third will play a Qualification to Semi-Finals Games (A2 v B3 & A3 v B2).