Ever since 1976 when women's basketball first appeared at the event, it has become the dream of so many aspiring and indeed even established female players around the world to step out at the Olympic Games.

It continues to hold a special and magical appeal for athletes around the globe, with 12 teams set to take the floor at Tokyo 2020.

Those that manage to succeed will play their role in trying to dislodge the USA from their Olympic throne - one which they have occupied since 1996. With six consecutive Olympic triumphs, USA will be going for a spectacular seventh success after retaining their title in Rio four years ago.

Also taking a gold medal in both 1984 on home soil in Los Angeles and in 1988 in Seoul, the USA have won Olympic gold a total of eight times already.

The inaugural champions were the Soviet Union as they rode their way to the top step of the podium in 1976, managing to complete a successful defense four years later in front of their triumphant supporters in Moscow.

Since then, a near perfect USA Olympic honors board has only been punctuated by the Natalia Zasulskaya and Elena Khoudachova inspired title of the Commonwealth of Independent States in Barcelona in 1992.

Australia have regularly challenged the USA's near monopoly, appearing in three consecutive Finals between 2000 and 2008, only to fall short.

In the last two Finals in London and Rio, it was France who reached the gold medal game - but it was to be a familiar story as USA romped to yet another golden moment. 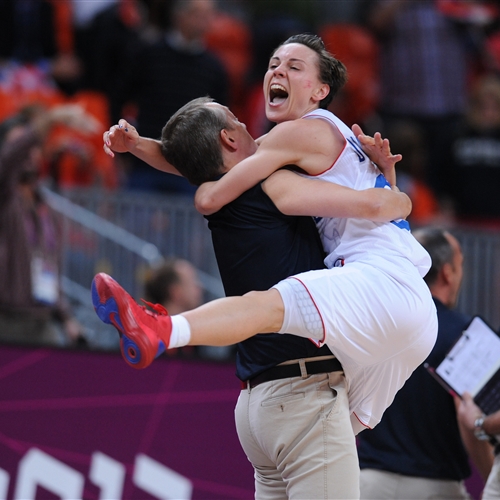