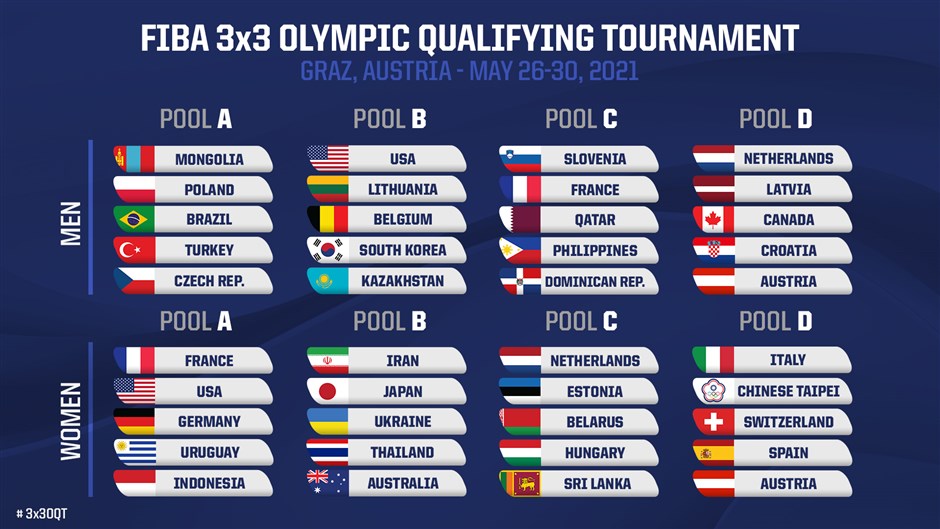 FIBA announced and seeded the 20 teams per gender who will compete at the FIBA 3x3 Olympic Qualifying Tournament. The event will take place in Graz, Austria, in May 26-30 2021.

The automatic seeding was completed during a livestreamed ceremony in Utsunomiya, Japan on November 1, 2019. The 20 teams per gender were seeded in 4 pools of 5. Women’s Pool D will see the Austrian hosts face off with 2 former world champions (Italy and Czech Republic), Chinese Taipei and Switzerland. The reigning world champions USA’s men will compete in Pool B alongside Europe Cup 2019 bronze medalists Lithuania, Belgium, Kazakhstan and South Korea.