GRAZ (Austria) - From Australia-Japan women to the six "Olympic Ticket" games, FIBA announced the schedule of the 94 matches, which will be played at the FIBA 3x3 Olympic Qualifying Tournament in Graz, Austria on May 26-30, 2021.

With just one month to go before the event, the 40 participating teams know the exact path to make history and be in Tokyo for 3x3's Olympic debut. 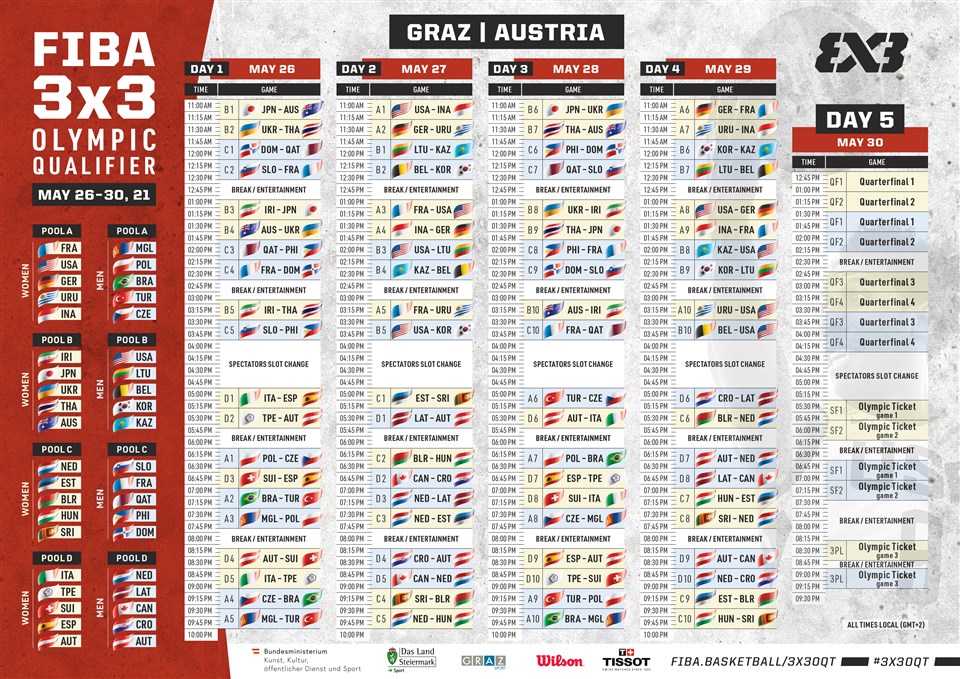 The first four days and a total of 80 games will be dedicated to pool play. Each team will play four times and the top two teams in each pool will advance to the knock-out rounds on the final day (May 30).

The final day will start with the eight quarter-finals (4 in each gender) and then reach a climax with the six "Olympic Ticket" games (four semi-finals and  two third-place games). The winners of these six games will stamp their ticket to Japan.

Here is an early look at the most exciting games of the pool stage:

The rivalry renews between these two foes with Australia having beaten Japan at the Women's Series 2019 opener in Chengdu and prevailing in an overtime classic at the World Cup a few weeks later through a Tissot Buzzer Beater from Maddie Garrick.

Their appearances are sometimes few and far, but when they do play Australia are a 3x3 power and seen as a strong contender to get a ticket to Tokyo.

Garrick and Bec Cole are a breathtaking one-two punch but world No.4 Japan won't be scared.

The always consistent Japan played in four stops in the Women's Series 2019 and reached at least the semis every time.

Mai Yamamoto is a walking bucket and has proved at the FIBA 3x3 U23 World Cup two years ago that Japan can beat all the traditional basketball powerhouses in 3x3 and win a world title. Japan's gold medal at the event was the first time the country won a world title in their basketball history.

Talk about rivalries, it doesn't get much better than this with European heavies Italy and Spain playing each other five times in 2019 with the Italians winning three of them.

Both are favored to emerge from Pool D but will be keen for an early statement in case they meet later in the business end of the tournament.

If you have plans during this game, scrap it because France-USA is going to be lit.

Remember world No.1 France? They have the three top-ranked women players in the world led by the super-talented Laetitia Guapo and France smoked the first ever Women's Series in 2019 with six titles from nine stops.

They also won bronze at the FIBA 3x3 World Cup 2019 but if there is one team who won't be intimidated it will be hoops powerhouse USA.

How long does it take to become a 3x3 native? We should get an answer in four weeks.

These are two x-factor teams with big ambitions. Led by the brilliant Bettonvil sisters, the Netherlands finished fourth on the Women's Series standings and always make a deep run.

They seem perhaps a notch below the absolute elite but don't be surprised if they make the leap in Graz.

Hungary will be formidable opposition having showed their liking for the big stage with a runners-up finish at the World Cup 2019, including a stunning upset of Spain in the quarters and France in the semis.

Cyesha Goree was lights out and stamped herself as a big game player.

During their magical run in Amsterdam, Hungary crushed local hope with a tight victory over the Netherlands.

Expect another thriller in Graz.

No matter what sport, it is always intense between the neighboring superpowers.

France will be heavily favored with their incredible firepower, which also includes Migna Toure who is just as unstoppable as Guapo, but don't be fooled by Germany's current ranking of 17.

The Germans proved at the European Games 2019 that they could be half-court, half-amazing (4th) and plan to announce a super competitive roster on Wednesday this week.

France have been dominating this thing but remember anything is possible in the 21-point game.

Can you imagine hoops in the Olympics without mighty USA? Well 3x3 is different and the USA have to do it the hard way starting with a tough Pool B, where their toughest matchup is set to be against Lithuania.

The rivals have played numerous classics in Olympic basketball over the years and you can bet 3x3 will be no different with another epic in store in Graz.

The USA men's team had somewhat struggled in international 3x3 until they memorably claimed the FIBA 3x3 World Cup 2019, where Robbie Hummel staked a claim for being the best player in the world.

The red, white and blue have loads of talent with the likes of Kareem Maddox, Canyon Barry and Dominique Jones being stars in their own right.

Europe Cup 2019 bronze medalist Lithuania, however, won't be intimidated with a whole bunch of proven players powering Sakiai and Utena Uniclub into formidable teams on the World Tour.

Buckle up, USA-Lithuania is always a wild ride. 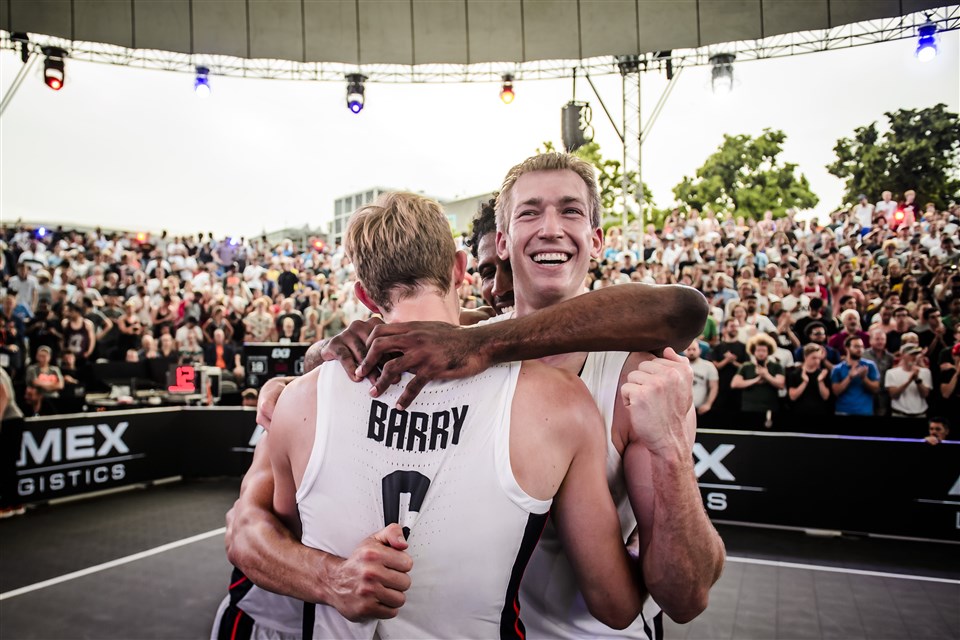 These teams have an edge  over most other teams with chemistry because they essentially double as national sides on the World Tour.

Riga are coming off a dazzling 2020 capped by winning their first ever World Tour Final, while Team Amsterdam won their first Masters last month in Doha although they were helped by star Serbian recruit Maksim Kovacevic.

Latvia, of course, will be led by superhero duo Karlis Lasmanis and Nauris Miezis who are somehow getting even better. These dudes love representing their country and led Latvia to silver at the World Cup two years ago.

They will be well favored to nab one of the three tickets to Tokyo but face an early test against the Dutch Masters, who have highlight reel Dimeo van der Horst, who should be back just in time from his ankle injury.

Arvin Slagter slaughtered opponents in Doha en route to an MVP performance and can be a game-winner from deep.

Amsterdam memorably beat Riga 18-17 in a thriller in Doha and one suspects it will be similarly tight in Graz between the national teams. 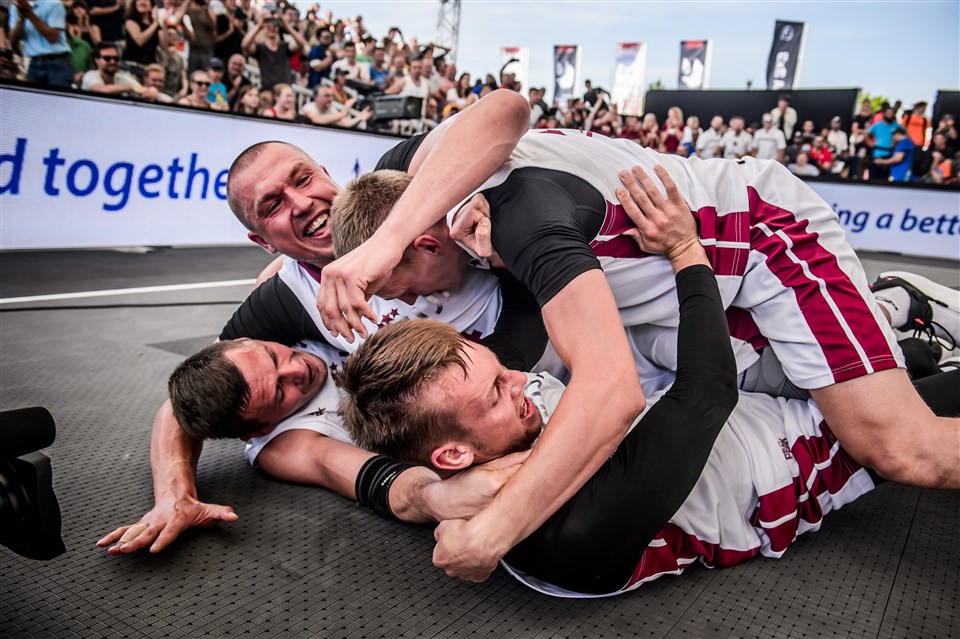 3x3's main goal is to spread hoops to new frontiers and it's mission accomplished in Austria after Graz's impressive emergence on the World Tour.

The Austrians showcased their talent in Doha by winning four straight games before their run ended in an overtime classic against Riga.

Moritz Lanegger has the ability to go all Schwarzenegger and just like teammate Filip Kramer isn't intimidated by the lethal Latvians having also almost knocked them off in their World Tour debut in Debrecen last year.

After two insane games, where little separated them, this upcoming matchup will be a firecracker with the stakes raised even further.

Every time the Philippines step on the court, their hoops-mad nation is in a standstill. It will be a frenzy when the Philippines' Olympics dreams are on the line in Graz.

The Filipinos might be underdogs but they will be confident having unleashed superstar Joshua Munzon, who starred late last year in his home country and then in Doha.

He will be ably supported by sharpshooter Alvin Pasaol while PBA standouts CJ Perez, and Mo Tautuaa complete a star-studded team.

The always competitive France, however, loom as a tough matchup and always play well on the big stage having won silver at the Europe Cup last year.

These teams loom as serious threats with the favored Dutch sure to get a severe test against the hosts, who will be inspired to put Austria on the 3x3 map.

Pool D, which also features Croatia and Canada, might just be the group of death and every game will be huge.

Assuming powerhouse Latvia emerge from the group, there is a major fight for the other spot meaning the Netherlands-Austria game could have serious implications.

Both teams look sure quarter-finalists but the bitter truth is that only one of them is likely to reach the final eight.

Who will it be? 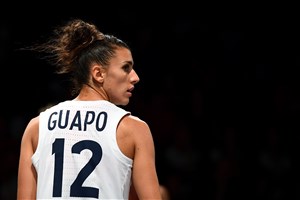 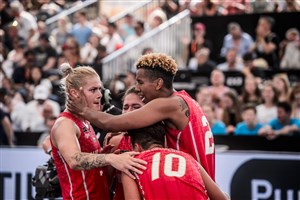 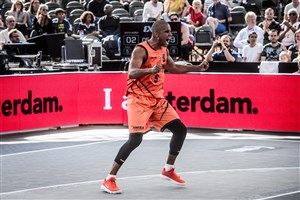 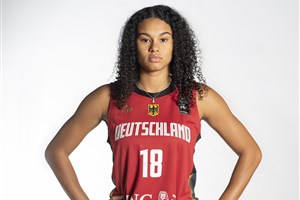