After an amazing Olympic debut, what's next for 3x3?

TOKYO (Japan) - Olympic rookie 3x3 stole the show during the Tokyo Games' first week with the most incredible five days of nonstop action in the men's and women's competitions.

The insane spectacle, which saw highlights galore and created memories for a lifetime, fittingly ended in dramatic fashion with Karlis Lasmanis putting on his cape and hitting the most clutch two-piece in 3x3 history to give Latvia the men's gold medal.

With the hype in overdrive and the bandwagon almost full, 3x3 has a load of new fans craving more 21-point games. Fortunately, there are a heap of big-time events coming up on the FIBA 3x3 pro circuit to ensure your needs are met.

Let's check out the events you just can't miss.

The 10th edition of the men's pro circuit will be bigger and better than ever - especially now with the whole world watching.

The season started in March with the Doha Masters, where Team Amsterdam Talent & Pro (NED) broke through with a memorable upset of a Dusan Bulut-led Novi Sad in the final.

You know the depth of talent is strong when Riga - who had the same lineup in Doha as gold medallists Latvia in Tokyo - couldn't reach the final.

And we've got good news with the second Masters of the season set for August 20-21 and played in Lausanne - the world's Olympic capital.

The beautiful Swiss city is an iconic destination on the World Tour and there will be an absolutely monster field in Lausanne headlined by some of the very best teams Novi Sad, Liman, Riga, NY Harlem and Princeton.

We'll find out if Lasmanis and his partner in crime Nauris Miezis can do it again and be the baddest duo in 3x3.

It all culminates with the spectacular finale in Jeddah on December 17-18, where the best teams of the season will be fighting for the biggest prize on the World Tour.

There might be other Masters in store so keep up to date here.

You saw the talent on show in the women's draw at the Olympics, where even mighty USA filled with WNBA stars had to work mightily hard for their gold medal.

The FIBA 3x3 Women's Series is similarly competitive and its second edition has already seen new champs crowned with Spain winning in Mies, while USA won the most recent stop in Klaipeda.

World No.1 France dominated the debut Women's Series season in 2019 and started hot in 2021 with wins in Voiron and Poitiers. They'll be keen for redemption having fallen short of a podium finish in Tokyo to underline the depth of talent in women's 3x3.

The next stop is not far away and will be held in Constanta on August 14-15 followed by Montreal on September 3-4. There might be other events scheduled so stay tuned here.

If you've fallen in love with some of the very best European teams at the Olympics then you're in for a treat with the FIBA 3x3 Europe Cup 2021 on September 9-12 in Paris.

The field is highlighted by a still angry Serbia who only lost once in Tokyo but their surprise meltdown against eventual silver medallists ROC in the semi-finals meant they missed out on a chance at gold.

The bronze medalists will be out for blood in Paris but the field is loaded and includes the Olympic silver medallists, while fourth-placed Belgium - led by the ultimate shooter in Tokyo Thibaut Vervoort - are not afraid of anyone.

In the women's draw, host France will be hoping for redemption having fallen short of their dreams in Tokyo but are hoping to rediscover their best on home soil.

No.2 seed Russia will be pumped up after an Olympics for the ages under the name ROC but favoritism will matter little in Paris.

Like the game itself, the action never stops in 3x3 and there is a lot of entertainment ahead for all our fans - new and old. 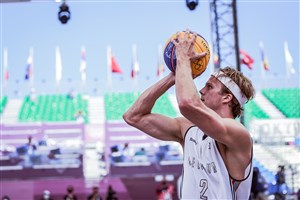 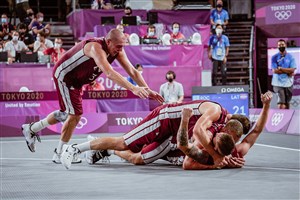 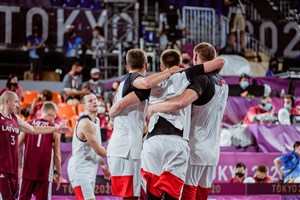 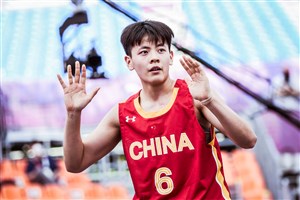 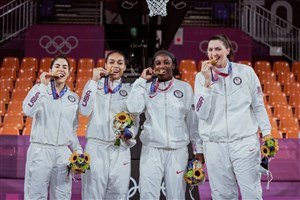