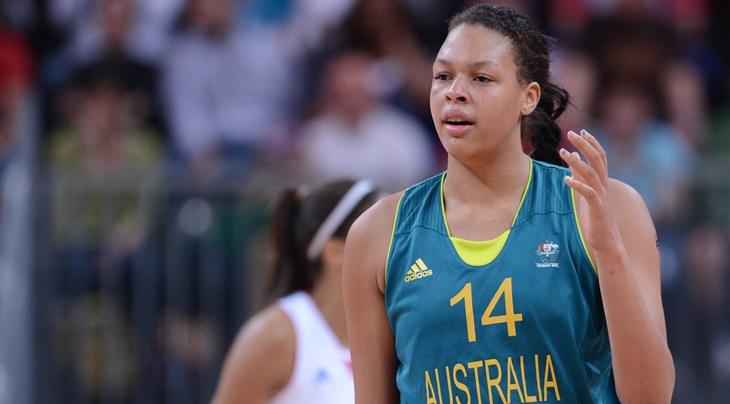 Set to be one of the biggest box-office attractions at the event, Opals star Cambage sustained the injury during first minute of the second quarter playing against the USA at the preparation tournament in Paris on Friday.

After undergoing medical assessment on Saturday, it was confirmed the extent of the injury would meant the 23-year-old will not be able to line-up for her nation in Istanbul.

Being forced to withdraw potentially puts a serious dent in the medal prospects of Australia who are ranked second in the world.

Cambage had forsaken another season in the WNBA to prepare for the tournament - a fact not lost on head coach, Brendan Joyce who was also quick to point out the level of work she had shown prior to suffering the injury.

"From day one, Liz has shown nothing but the utmost commitment and respect for the Opals programme, sacrificing the 2014 WNBA season to prepare for the upcoming World Championship.

"I feel gutted for Liz to suffer this injury so close to the start of the tournament after the mountain of work she has put in to get to this point.

"Liz has been at every camp and on every tour as part of the preparation since March, and has shown remarkable dedication to the programme.

"Liz brings an infectious energy and enthusiasm to the team, and we will ensure we channel that into everything we do for the remainder of the campaign.

"This programme and its players have shown they are capable of dealing with the challenges of adversity and continue to strive to be the best," added Joyce.

"A player of Liz's calibre cannot be easily replaced, but we have a talented and resilient team that will share the load and adapt to this new challenge."

Australia did shrug off the absence of Cambage to cruise to an eye-catching 71-55 victory against France as Marianna Tolo rose to the fore under the hoop by claiming 11 points in a flawless shooting performance. 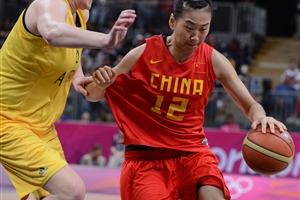 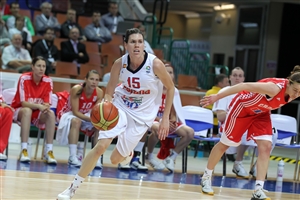