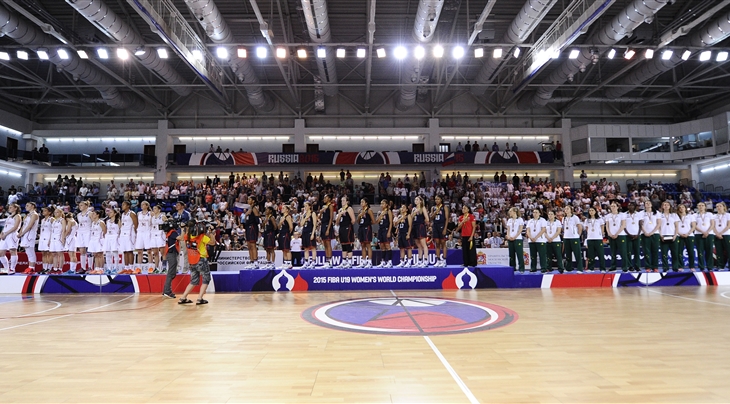 NEWCASTLE (Paul Nilsen's Women's Basketball Worldwide) - The latest edition of the FIBA U19 Women's World Championship is in the books and so it is time to rattle through my A-Z guide of the tournament.

A is for All-Star Five and congratulations to A'ja Wilson, Napheesa Collier, Alanna Smith, Daria Kolosovskaia and Maria Vadeeva. I would also throw into the mix Louise Dambach, Emese Hof, Laura Quevedo, Raisa Musina, Julie Allemand and Ksenia Levchenko and Azura Stevens for my terrific 12.

B is for blowouts and regrettably there were far too many throughout the competition.

C is for competition format. Twelve teams is a maximum for women's youth events and four spots for the Americas is at least one too many in the current mix.

D is for Dawn Staley, the winning coach from the USA who I thought did a good job considering the loss of key personnel ahead and during the tournament.

E is for Egypt who were the only team not to win a game but props to Raneem Elgedawy and Nadine Selaawi.

F is for fundamentals which were sadly lacking and the women's game is immersed in the success of them. Three-point shooting and free-throw shooting were generally atrocious. Those tasked with overseeing and developing the women's game in FIBA have a massive amount of work to do.

G is for gold and six of them in a row for the all-conquering USA.

H is for highlights of the tournament!

I is for inside play and how the women's game is becoming all about the paint. High-class guards and shooters are in danger of becoming a rarity!

J is for joint effort. The women's game will only improve if FIBA, National Federations, coaches and players take responsibility to halt the slide in quality and those fundamentals.

K is for Kolosovskaia and firmly one of my favourite players. Daria Kolosovskaia is great potential senior team leader for 2024.

L is for legends of the women's game and one was coaching in the shape of Belgium assistant Ann Wauters, while ex-Spanish star Elisa Aguilar was also in the crowd.

M is for Mali who actually looked really impressive at times, improved on their finish in 2013 and may even believe they should have got at least one more win.

N is for newcomers and Belgium, who were my team of the tournament. Without two of their three leading scorers and better players, they finished a super sixth and I always like watching Arvid Diels coach them.

O is for opening ceremony and this was the best I have seen at a youth tournament, so congratulations for that - it was also watched by 3,000 people.

P is for passing which was actually one of the better elements of the tournament in terms of providing some nice clips for the highlights reel.

Q is for quality and like Pilsen last year at the FIBA U17 Women's World Championship, it wasn't there until the Final itself. There was a hugely concerning sense of deja vu.

R is for referees and I think overall they did a good job (choke, cough, splutter), so credit where it is due! But please, please start calling the hand going across the chest and stomach by the defender when offensive players drive in the lane.

S is for Sparta&K M.R. Vidnoje and it was genuinely exciting for me to visit this famous club for the first time and enter the arena. I also got to visit the famous 'Spaskoje' where all those young players come from across Russia to live and try to become the latest star.

T is for turnovers and I have never seen such a shocking disregard for taking care of the basketball than at this tournament. It was so frustrating as a genuine fan.

U is for understanding the women's game and it is always great to meet people who work in this field and this tournament was no different. You know who you are!

V is for Vadeeva. Yes, Maria Vadeeva ran out of gas a little in the end and perhaps that is not a surprise after three weeks with the senior team at EuroBasket Women 2015. What a talent though - the most efficient player in the competition. A thrill to interview her and to think she had a couple of years on most players in this tournament as she only just turned 17 years old!

W is for Wilson - the tournament MVP A'ja Wilson. That was a phenomenal performance from her in the Final and against a tough Russia frontcourt. She became the first USA player ever to score 30 points in a single game in the history of the FIBA U19 Women's World Championship - what a time to do it!

X is for Xing and Jinbo Xing to be precise. It is exciting that someone who has such a nice outside shooting game could perhaps one day support likes of Ting Shao in making the senior team stronger.

Y is for youngest players and many of those who did such a great job and showed great signs for the future. They includes the likes of Maria Vadeeva, Elise Ramette, Laura Westerik and Eziyoda Magbegor.

Z is for zero. The number of points the USA gave up in the fourth period against Egypt in the rarest of things - an absolute quarter shutout. 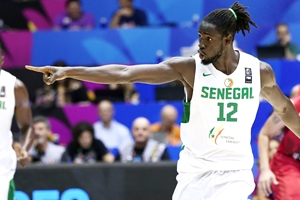 What do Ndour and Moreira have in common? 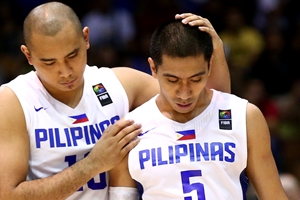