Novi Sad is the second largest city of Serbia, the capital of the autonomous province of Vojvodina and the administrative center of the South Backa District. It is located in the southern part of the Pannonian Plain, on the border of the Backa and Srem geographical regions, on the banks of the Danube river, facing the northern slopes of Fruska Gora mountain. 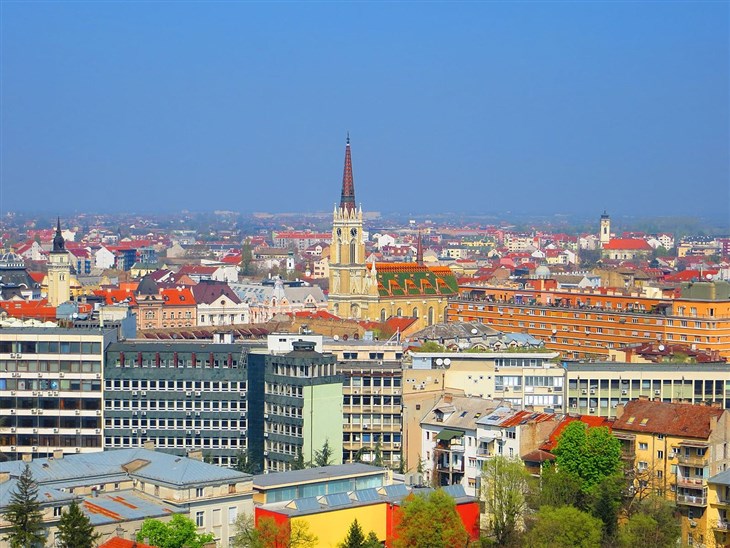 The population of the administrative area of the city stands at 341,625 people.

Novi Sad was founded in 1694, when Serb merchants formed a colony across the Danube from the Petrovaradin fortress, a Habsburg strategic military post. In the 18th and 19th centuries, it became an important trading and manufacturing center, as well as a center of Serbian culture  of that period, earning the nickname of the Serbian Athens. The city was heavily devastated in the 1848 Revolution, but it was subsequently restored. Today, along with the capital city of Belgrade, Novi Sad is the industrial and financial center of the Serbian economy. Novi Sad was named to be one of three 2021 European Capital of Culture cities.

The city lies on the S-shaped meander of the river Danube, which is only 350 meters wide beneath the Petrovaradin rock. A section of the Danube-Tisa-Danube Canal marks the northern edge of wider city center and merges with the Danube. The main part of the city lies on the left bank of the Danube, while smaller parts – Petrovaradin and Sremska Kamenica – lie on the right bank. A large part of Novi Sad lies on a fluvial terrace with an elevation of 80 to 83 meters (262 to 272 feet).

Novi Sad has an oceanic climate, closely bordering a humid continental climate. The city experiences four distinct seasons. Autumn is longer than spring, with long sunny and warm periods. Winter is not so severe, with an average of 22 days of complete sub-zero temperatures, and averages 25 days of snowfall. January is the coldest month, with an average temperature of −1.9 °C (28.6 °F). Spring is usually short and rainy, while summer arrives abruptly. The coldest temperature ever recorded in Novi Sad was −30.7 °C (−23.3 °F) on 24 January 1963 and the hottest temperature ever recorded was 41.6 °C (106.9 °F) on 24 July 2007. 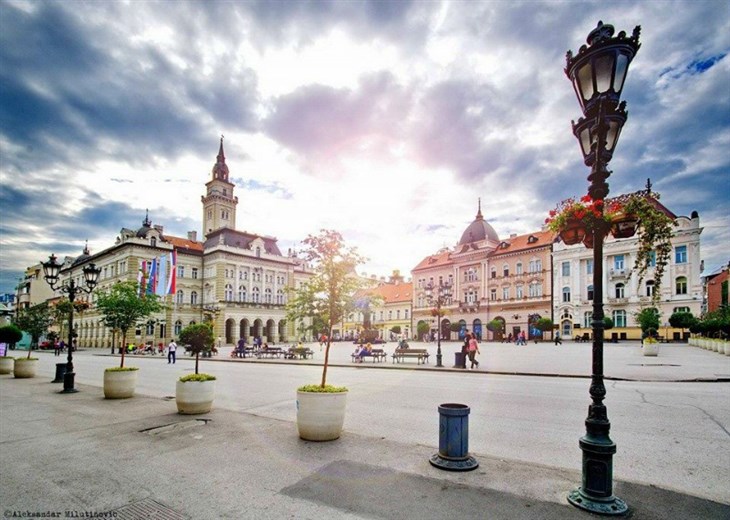 The east-southeasterly wind Kosava, which blows from the Carpathians and brings clear and dry weather, is characteristic of the local climate. It mostly blows in autumn and winter, in 2–3 day intervals.

In the 19th century, the city was the capital of Serbian culture, earning the nickname Serbian Athens. In that time, almost every Serbian novelist, poet, jurist and publicist at the end of 19th century and at the beginning of 20th century had lived or worked in Novi Sad for some of his or her career. Matica srpska, the oldest cultural-scientific institution of Serbia, was moved from Budapest to Novi Sad in 1864 and contains the second-largest library in the country (the Library of Matica srpska) with over 3.5 million volumes. The Serbian National Theatre, the oldest professional theatre among the South Slavs, was founded in Novi Sad in 1861.

Novi Sad is one of the most important centers of higher education and research in Serbia, with four universities and numerous professional, technical, and private colleges and research institutes, including a law school with its own publication.

The number of tourists visiting Novi Sad each year has steadily risen since 2000. Every year, in the beginning of July, during the annual EXIT music festival, the city is full of young people from all over Europe. In 2008, over 200,000 people visited the festival. Besides EXIT festival, Novi Sad Fair attracts many business people into the city; in May, the city is home to the biggest agricultural show in the region. There is also a tourist port near Varadin Bridge in the city center, welcoming various river cruise vessels from across Europe, who cruise on Danube river.

The most recognized structure in Novi Sad is Petrovaradin Fortress, which dominates the city and offers scenic views of the city. Besides the fortress, there is also the historic neighborhood of Stari Grad, with many monuments, museums, cafes, restaurants and shops. There is also the National Park of Fruska Gora nearby, approx. 20 km from city center.